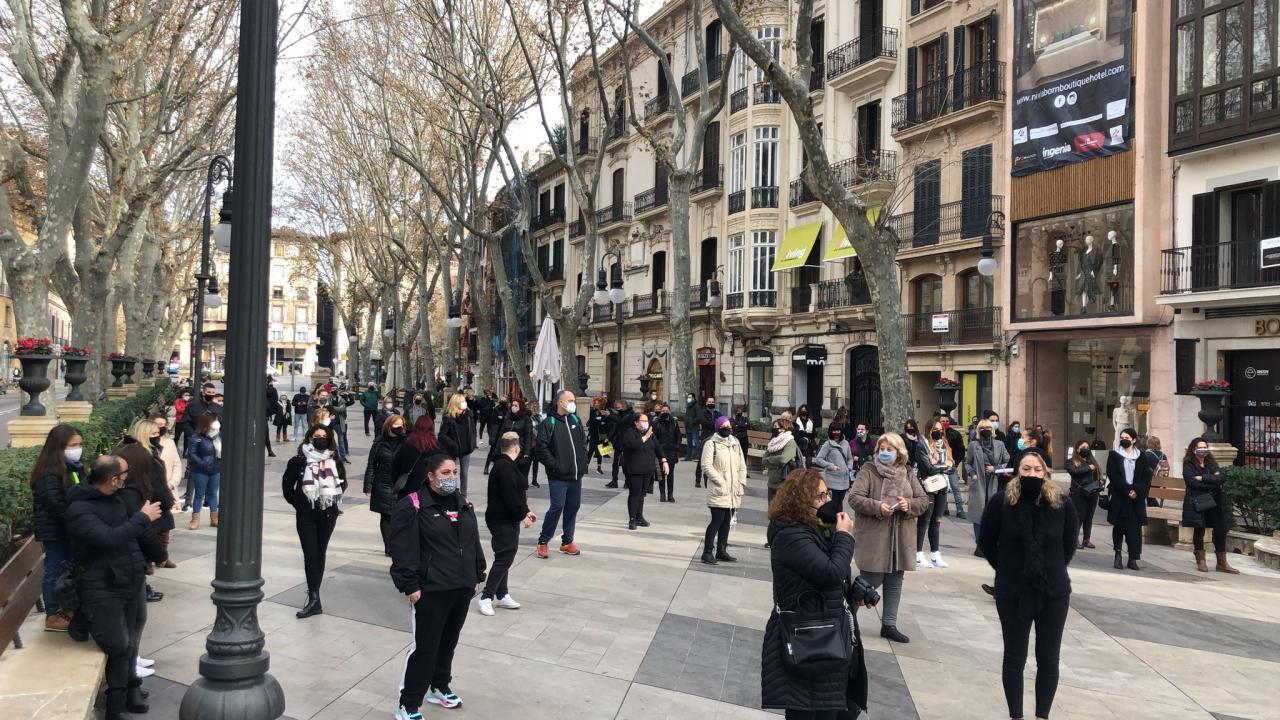 Around a hundred people gathered on the Passeig Born in Palma on Wednesday morning. Hairdressers and beauticians, they congregated at the time when a protest had been scheduled. Late on Tuesday, the national government delegation denied permission for the protest on health grounds.

National Police officers asked for identity of some of those present before the peaceful protest broke up. The Pimem small to medium-sized businesses federation had said on Tuesday night that anyone attending the Wednesday protest would be doing so in a strictly private capacity.

Hairdressers and beauticians have been pressing for a reduction in the rate of VAT (VAT). They want it to come down to 10%, the same as the “tourist” rate. The Partido Popular government of Mariano Rajoy raised the rate for this sector to 21% eight years ago.

Li Tu, the tennis player who despite losing smiled again