One by one: the world’s most fatal subway accidents since 1975 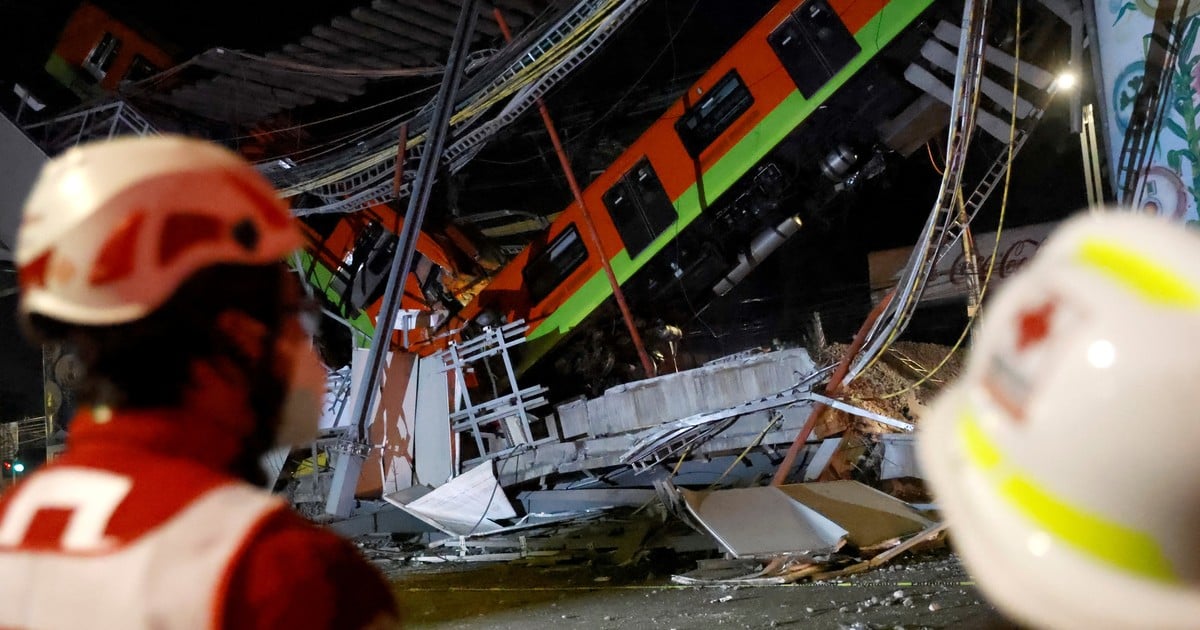 During the night of this Monday, a section of the structure of Line 12 of the Mexico City Metro that passed over an avenue collapsed and left at least dozens of dead and even more injured, with figures that grow minute by minute.

Rescue efforts still continue in the southeast of the capital and the death toll promises to increase as the hours go by. Therefore, this accident will be marked as one of the deadliest in recent years.

Here is a review of the most fatal metro tragedies since 1975, the year of the last great catastrophe in the Mexico Metro:

At least 22 people died and more than 200 were injured on July 15, 2014 after three carriages of a Moscow metro train derailed, in what represented the most serious accident in the country’s history on the main means of transportation in the Russian capital.

The accident occurred during rush hour between the Park Pobedy and Slavianski Bulvar stations, in the east of the city. Three of the victims died at the hospital, while the rest died at the scene.

On June 22, 2009, a head-on collision between two Washington Metro trains took the lives of nine people and left 70 injured.

One of the trains drove another that was stopped. The convoys were old and a report warned that they had to be upgraded or removed from the fleet.

A Valencia metro train derailed on July 3, 2006 between the Plaça d’Espanya and Jesús stations of Metrovalencia Line 1 and left the balance 43 dead and 39 wounded.

Subsequent analysis of the black box revealed that the convoy was traveling at 80 kilometers per hour in a curve whose maximum speed was set at 40 kilometers.

Before being arrested, a suicide-attempting man threw a cardboard box filled with flammable liquid into one of the subway cars in Daegu, South Korea, setting off a fire that burned two trains, leaving 198 dead and 147 injured.

Several of the fatal victims died burned and others asphyxiated by the smoke and gases that filled the platform and exits.

A total of 292 people died and 168 resulted wounds in a fire that destroyed a Baku subway train, which was in a tunnel between two stations.

According to the report, one of the wagons caught fire 200 meters from the departure station, so the driver decided to stop it. Then a short circuit interrupted the light supply and the fire began to spread through the cars. The victims died from the gases and flames, while others were electrocuted by the rails while trying to escape.

A fire on a wooden escalator at London’s King’s Cross tube station killed 31 people and injured 150 on November 18, 1987.

“People panicked and started running in all directions, tripping and falling over each other. It was horrifying,” recounted a witness to the tragedy.

In Chicago, a train collided with the back of another convoy as it rounded the bend at the corner of Lake Street and Wabash Avenue and four carriages fell from the bridge, leaving eleven dead and 200 wounded.

Due to a communication error, the first of the trains remained at the station when it was not supposed to be there. The impact caused one of the wagons to fall 20 feet into the street, dragging three other wagons.

Unfortunately the subway accident #Tacubaya It was not the first, the worst subway accident happened on October 20, 1975 at Viaducto station.
(I OPEN THREAD) pic.twitter.com/fH8jSLacIh

Carlos Fernández, the engineer of train 10, who did not stop when entering the station and took the other convoy ahead, was fired and received a 12-year prison sentence for negligence.

Palmer calls Aogo a “bad racist”: Baerbock withdraws trust in the Green politicians – he does it again

The Secretary of State for Energy announces in Murcia investments of more than 5,300 million for the energy transition