Once upon a time in America: plot, cast and streaming of the film on Rai 3 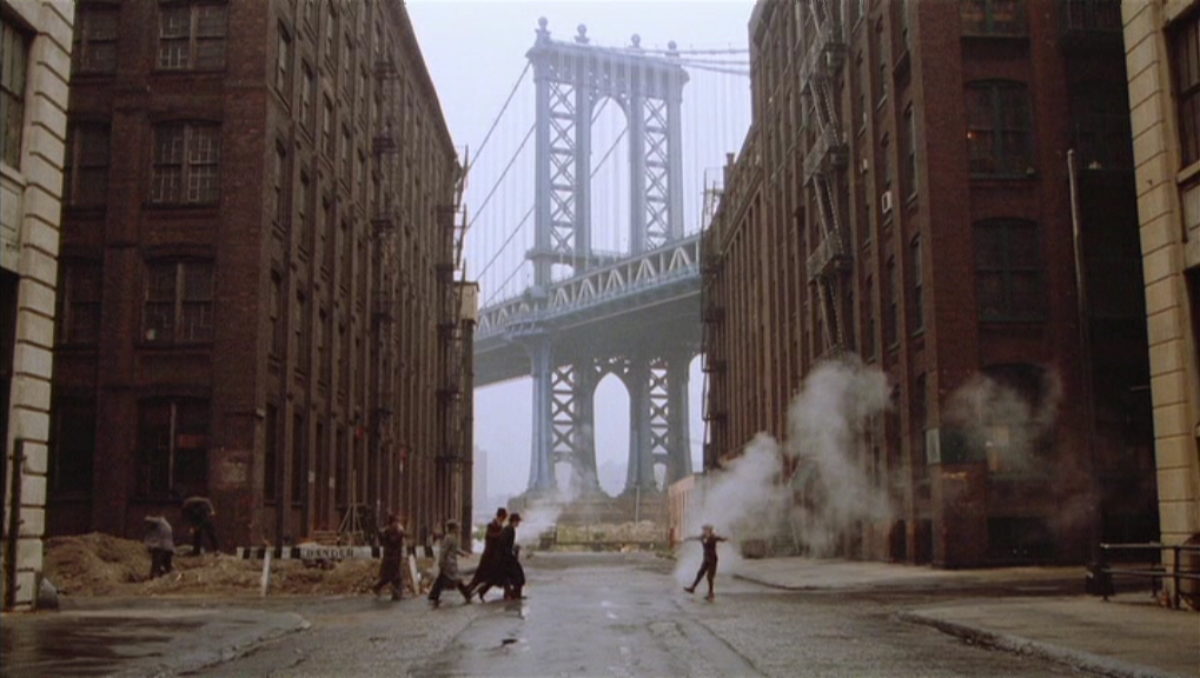 Once upon a time in America: plot, cast and streaming of the film

Tonight, Saturday 1 January 2022, at 9.20 pm on Rai 3, Once Upon a Time in America, a 1984 film directed by Sergio Leone and starring Robert De Niro, James Woods and Elizabeth McGovern will be broadcast. Based on the 1952 novel of the same name by Harry Gray (The Hoods in original), the film tells, over more than forty years (from the 1920s to the 1960s), the dramatic vicissitudes of criminal David “Noodles” Aaronson and of his friends in their gradual transition from lower Manhattan to the organized crime scene in Prohibition and post-Prohibition New York. But let’s see all the information together in detail.

New York, 1933. Era of Prohibition. Four ruthless hit men angrily seek out gangster David “Noodles” Aaronson, after murdering his partner Eve. “Fat” Moe Gelly, owner of the bar where Noodles resides, is beaten to death until he points to a Chinese theater with an opium den. Noodles is there to forget the deaths of his three friends and cronies, “Patsy” (Patrick Goldberg), “Cockeye” (Philip Stein) and “Max” (Maximilian Bercovicz). In a flashback he is seen witnessing the fire of a truck loaded with whiskey crates and the death of friends, their bodies on the asphalt, one of which is completely charred, that of Max. Two of the four henchmen break into the theater / den Chinese but Noodles escapes a secondary release in time. Going to the club, he kills the third henchman but does not help Fat Moe, to make the enemies believe his friend’s extraneousness to the affair, takes a key placed in a clock and then goes to a train station where he opens a safety deposit box. Inside is a suitcase, which instead of money contains only old newspapers. Confused and resigned, he decides to get on the first departing train, bound for Buffalo, disappearing from the New York scene for a very long time. 1968. Noodles, now over 60, returns to New York and meets Moe, who continues to run the bar. The two discuss a strange letter, apparently sent to him by a local rabbi, inviting him to negotiate the transfer of the bodies of his three friends, which took place eight months earlier, at the expense of an unknown benefactor in the sumptuous Riverdale cemetery. Noodles assumes that the missive constitutes the message of an old enemy who thus makes him understand that he has tracked him down despite the fact that he lives elsewhere under a false name.

Once Upon a Time in America: the cast of the film

We saw the plot of Once Upon a Time in America, but what is the full cast of the film? Below is the list of actors with their respective roles:

Where to see Once Upon a Time in America live on TV and live streaming? The film, as mentioned, will be broadcast in the air tonight – 1 January 2022 – at 9.20 pm on Rai 3. It will also be possible to follow it in live streaming via the free RaiPlay.it platform.

See also  Tsunoda: "Scared in the approach to Formula 1" | FormulaPassion.it

The 2021 world championship was the first in the turbo-hybrid history of Formula 1 not to celebrate the success of...

The track of the Ingot, on top of one of the most important buildings in Italian automotive history, is not...

The photos of the day, the world in five shots | Your photos from Liguria

From local terror to saving a village in India

Age of Empires 4 Coming to Xbox? Some users are testing the game