On this stone, Pedro? 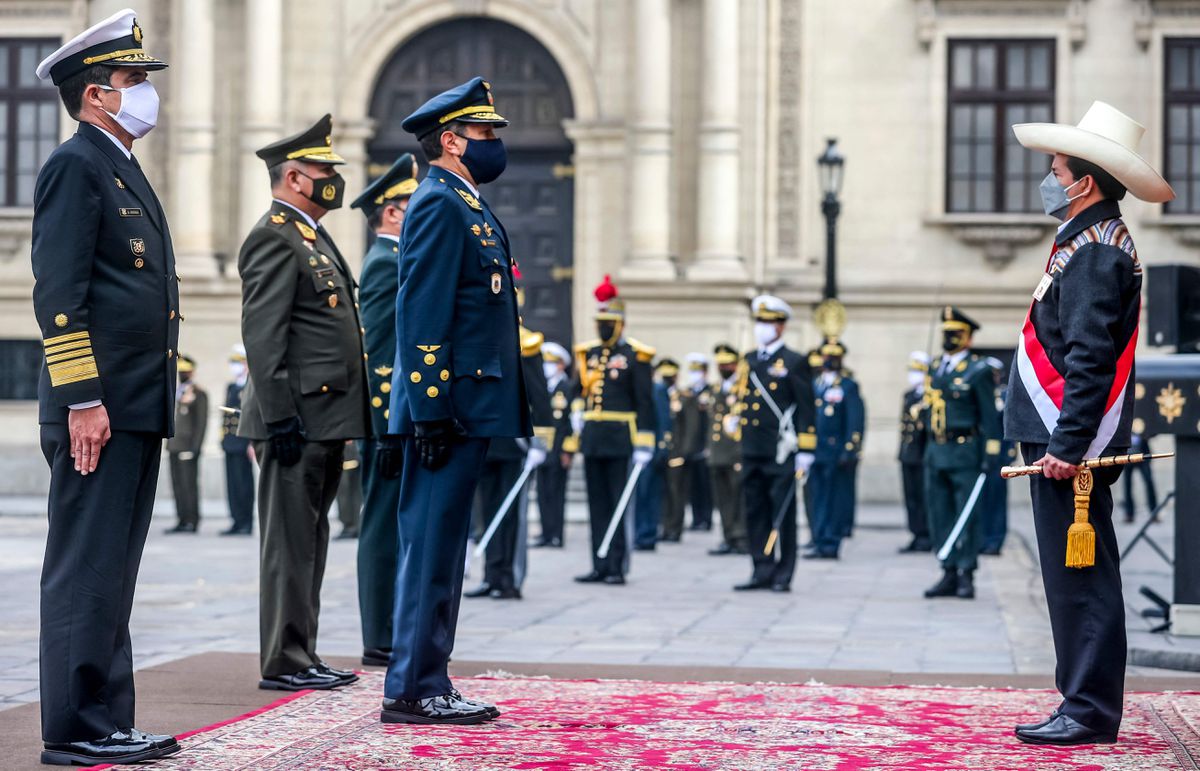 The Government of Pedro Pablo Kuczynski in 2016 began in Peru with an enviable honeymoon and more than 70% approval. The president and his ministers adjusted their sportswear and folded elastic bands, performing pirouettes and exercises in the courtyard of the Government Palace. We want to transmit healthy lifestyle habits to the citizen. By then, Simeon Tegel at the Washington Post he told the world that Kuczynski’s style and humor suggested that “at least, so far, Peruvians seem to be loving him.” The narrative that it was a “luxury government” prevailed. But the luxuries in life, while they make it more enjoyable, are not essential to survival. Kuczynski won by just over 41,000 votes: 3,000 votes less than the difference obtained by Pedro Castillo in 2021. Neither the charisma, nor the gymnastic routines of his ministers, led by a technocratic right wing from Lima, would save Kuczynski from the debacle. In March 2018, he would resign amid a political scandal without anyone mobilizing in his defense. If Kuczynski had a fleeting affair with the citizens and ended up with house arrest, what will happen to Pedro Castillo who, in less than a week in office, already faces threats of vacancy intoned even from sectors of the political center that at the time condemned the attitudes antidemocratic of Fujimori in this election?

The historical chronicle will say that, on our Bicentennial, in July 2021, Pedro Castillo Terrones was sworn in as president. Spurred on by an electoral bag fed up with political ignorance and mostly rural and Andean. He has embodied and represented an idyllic allegory: the peasant and rural school teacher who wins the presidency and arrives with his wife and children from the countryside to govern. Could Castillo, together with his ministers, do gymnastics today in the courtyard of the Government Palace? Sure the press would grind it to sticks. The Peruvian left could argue that this reveals that the criticisms of Castillo are unjustified because they come from sectors overwhelmed by their racism and classism. Structural racism exists in Peru: here the errors of the Serrano cholo are unforgivable, while some “father’s sons” have always managed to find shortcuts to success in the media and even in the Government, and they would not be relevant without their last name or without the ring that has placed them where they are undeservedly. But the circumstances have changed a lot.

Peru faces an acute health and economic crisis, poverty has grown 50% in one year, the election irreconcilably confronted political sectors that defended or attacked the system, so social tensions are on the surface waiting for the opponent to commit the slightest political error to scrap it. Everything becomes a drop that overflows the glass. Any educated Marxist would understand that Peru in 2016 does not have the structural conditions of 2021. Therefore, if today a minister appeared doing exercises in the courtyard of the palace, he would be crucified, but not because of racism, but because two hundred thousand compatriots have fallen victims of the pandemic and we are not for sweatshirts and personal trainers. Neither were we in 2016, as Kuczynski tragically ended up warning.

His own followers organized a mobilization for Pedro Castillo before taking the oath to demand that he count on them and not betray them. We are well aware of government crises, but that of crises before assuming command is something new, especially if those who corner you are your own militants. Before, you waited for the president to take power so that opponents (not your followers) would put you against the wall. The appointment as president of the Council of Ministers of the Marxist Guido Bellido has triggered a barrage of criticism. The Peruvian left has tried in a campaign to shake off the terruqueo with which their opponents have persecuted them, and the Castillo government has no better idea than to appoint a politician under investigation for apology of terrorism as prime minister. “Surely you would like someone from Fuerza Popular to be appointed,” Bellido ironically said when asked about the string of questioned appointments in many state positions. Bellido knows where power resides: in the owner of the party, not in the leader, because in Peru, more than leaders, there are party owners who choose which candidate they are going to make president. As Bellido himself has told EL PAÍS, his party chose Castillo, almost in a political casting, and offered him the position: “Pedro Castillo is a guy who has been developing outside of Cerrón as a politician. If not, we would never have set for him to be president. ” We would not have set for him to be president. Note that the casting required that Castillo be a politician who had developed outside of Cerrón.

But it is also very revolutionary to note that the Castillo government has decided to fight the right-wing and Lima technocratic rings to replace them with Cerronista and regional party rings. Nothing is more constant and permanent in Peru than the ring. It infiltrates all our political cleavages. For my friends everything, for my enemies “respect for the profile of the position.” In Peru, political scripts seem to have been written by Molière. Thus, Castillo and Bellido have appointed a Minister of Transport who registers two serious traffic ballots and one minor, in less than 24 hours they have dismissed the head of the advisory cabinet of the Ministry of Housing for controversial complaints that linked him to impersonations in examinations admission to universities and, in his replacement, they appointed another politician, investigated only for money laundering and criminal organization. Almost nothing.

But it is also true that to understand the style of the new government, one must look at the assembly of the Peruvian provincial left, with which Castillo is used to dealing with since his years as a teacher leader. If you want to know about the Government, come and watch an assembly of regional bases. Encounters where the exotic Lima observer would be shocked to see that irreconcilable disputes end up being settled with an equitable distribution of the quotas of power and in the incorporation in the list of claims. Power is built from the bottom up. It is that you criticize the Cabinet because they do not understand that it is supported in the regions, it is said in the headquarters of Peru Libre. Perhaps. Or perhaps their support in some regional bases is not so firm, so much so that the secretary of the Arequipa Workers Federation, José Luis Chapa, has criticized the appointment of Bellido; while his counterpart in Cusco, Justino Tupayachi, was more cautious, but has said: “We believe that there are mistakes in the cabinet, but we will have to see what Congress says.” So the unanimous support that Castillo received in the southern regions should not be seen as a dogma of unquestionable faith, especially now that the honeymoon is over.

The president has proposed to us to build his government on this stone, which looks more like a sand castle. Many have pointed out that Bellido arrived a few days ago at Muyoq Orcco, in Chumbivilcas (Cusco), mounted on a horse and spoke Quechua with his countrymen —he was born in Livitaca, another district of Chumbivilcas, where Castillo swept in the second round—, who are holding a protest against the mining company Las Bambas. Few have emphasized that the community members have only given him a truce of 60 days and that, if there are no concrete solutions, just as this time he was received on horseback, who knows how they will fire him the next time.

Gonzalo band is a political analyst and university professor in Arequipa, Peru.