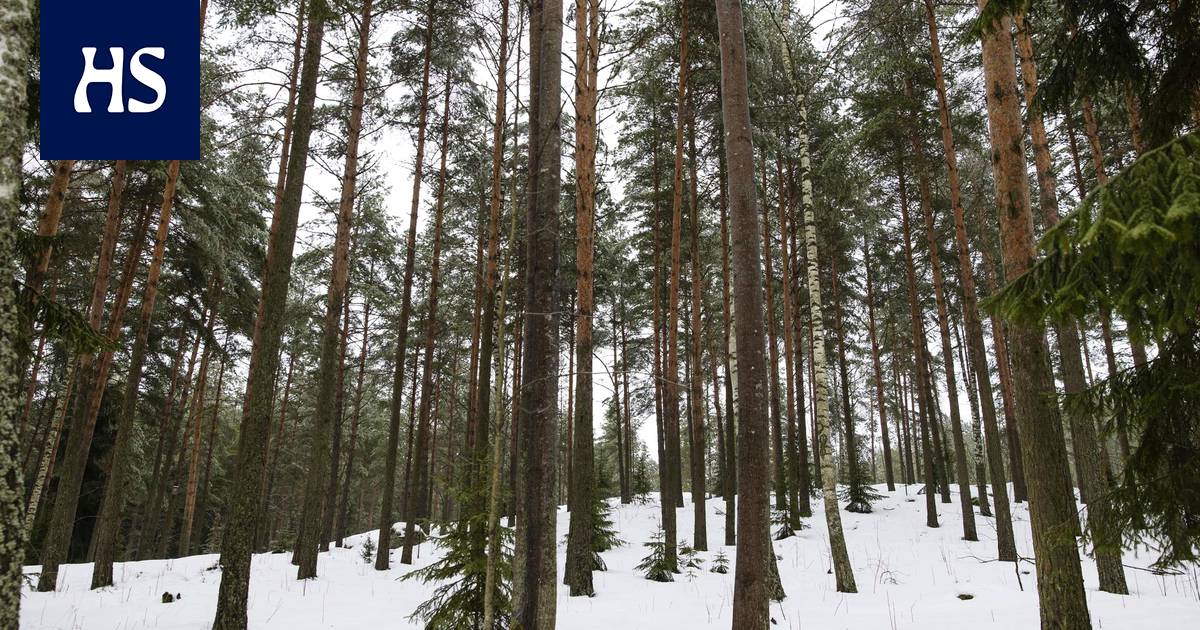 The city and the nature conservation association did not reach a full consensus, but the city promised to mitigate thinnings.

Couple after a week of silence, the chainsaw has started singing again in the forests of Uutela. The City of Helsinki will continue to reduce its stands first near the Uutela hut, later on the west side of the farmland.

Forestry came to a halt at the end of January, when both the Helsinki Association for Nature Conservation (Helsy) and local residents criticized the thinning as oversized. Based on the feedback, many felt that thinning caused unnecessary damage to the area’s natural values ​​and the feel of the forest.

The controversy on the eastern edge of Helsinki is compounded by an interesting question about the coexistence of the city and nature: what is a real forest?

More than a third of the Uutela area is classified as an outdoor forest and almost 40 per cent is a protected area. Tree felling and thinning do not extend to protected areas.­Picture: Rio Gandara / HS

Helsinki in the city’s view, thinning of forested areas maintains and develops, among other things, the vitality and diversity of stands. In addition, the measures seek to improve the growth environment of plants and fauna that require light, for example.

The Helsinki Nature Conservation Association’s wish is that Helsinki could manage urban forests more moderately than at present. Chairman of Helsinki Antti Halkka says that the city ‘s nature management has evolved over the years but respect for nature’ s own processes is still lacking.

“In many cases, the forest can do best for both nature and the person who moves in nature, if it is only allowed to be at peace. That’s when the slightly mysterious feel of the forest, which many are looking for, and also nesting places for birds, for example, is created. ”

Helsinki Representatives of the Nature Conservation Association and Vuosaari residents walked together with the city’s forest managers in the disputed area at the beginning of February.

Communication began, as a result of which many forest patterns have received completely different management instructions than originally read in the area’s confirmed nature management plan.

More than 200 nature patterns, ie different types of nature sites, have been demarcated in the Uutela area. Each of them has been classified on the basis of its characteristics, and various recommendations for action have been recorded.

The management plan does not extend to nature reserves. For example, the southwestern nature reserve named Uutela Forest is of provincial value. Its pines are over 200 years old.

The rest of the forest outside the protected areas is surprisingly young. At the turn of the 1950s and 1960s, the city carried out vigorous felling using the methods of the time, as a result of which even trees had grown in the openings.

City has now shrunk its work list in several locations. Thinnings have changed in various respects to the removal of individual trees, or the number of trees to be removed has been reduced.

More rot wood is being left in forests than planned to promote diversity.

The tabloids of the old arable lands will not be barbered bald and the first thinning of the pine trees will not be done as much as the plan would allow.

Helsinki’s chairman Halkka, on the other hand, is pleased that the city has had discussions with various parties and that the treatment plan, which has been criticized for being pregnant, has been eased. However, the city ended the discussion unilaterally, even though from Helsinki’s point of view it could have been continued.

There were dozens of patterns in the wake of the field trip on which no consensus had been reached.

Town’s land use manager Rikhard Manninen announced after a week of skiing that the discussion was over. The city is modifying the implementation of forestry work in such a way that the thinning of the main and base stands is reduced and even the latest information on the occurrence of decaying moss is certainly taken into account.

For example, along Uutelantie, the thinning of pine is reduced in the area of ​​rotten moss.

The deciduous forest shade shading the cultivated plots is being thinned, despite critical comments from Helsinki. Thinnings target the edge of the crop area, but willows and stripes are saved.

Helsy had pointed out that it is at this point that willows and stripes should be favored because their flowering attracts pollinators in the spring.

“The dialogue with the city has had the desired effect, but then there are details that the discussion has not had an impact on,” Halkka says.

Helsy had hoped that small trees, ie young trees, would be removed more selectively than at present. The small forest protects the terrain from wear and tear and is an important shelter for fauna. According to Halka, seedlings are also thinned unnecessarily.

For example, small trees are being cleared between the footpath and the motorway south of Uutelantie, even though the association had hoped to save it.

The nature management plan would prune the woodpecker of this meadow along the New Zealand and remove small trees. Individual large trees would also be felled.­Picture: Rio Gandara / HS

Right a particular point of pain has been the fate of old pastures, ie woodlands and meadows, as well as afforested fields. Helsinki’s position has been that old field patches that were at a good stage of afforestation should be allowed to be afforested. There are about a tenth of the meadows.

“So we accept most of the restoration of the meadows,” says Halkka.

The confirmed nature management plan, on the other hand, is based on the desire to cherish Uutela’s old cultural heritage. When cattle no longer eat woodpeckers in Uutela, old woodpeckers threaten to overgrow.

“The Uutela area has been in cultural use since the 17th century. Settlement and cultivation are still visible in the landscape. The meadows and woodlands are close together and form a network, ”says the city’s nature expert Tuuli Ylikotila.

Helsinki is currently commissioning a study of its meadow network. Similar network surveys have been carried out on the city’s forests and wooded areas, as well as on areas utilized by flying squirrels.

A particularly valuable subset of the meadow network extends from Uutela to the top of Vuosaari.

Meadows flora and fauna will remain diverse if the meadows remain open. Insect pollinators take advantage of flowering plants, followed by insect-eating birds. Honeycombs and roe deer go to eat in the meadows and then retreat to the shelters of the forest to hide.

“The mosaic of different habitats is what produces and maintains biodiversity,” Ylikotila says.

If the edges of the forests are not thinned or the small trees that have escaped to the meadows are pruned, the open areas will be gradually afforested and the meadows will be lost.

From Helsinki’s point of view, it is the case that the seed bank of a long-afforested meadow has already been exhausted and the clearing of the forest will not change it again. The nature management plan has also talked about machine mowing to keep the landscape open.

Disagreements would probably be more easily resolved if the city avoided machine mowing and leased areas to livestock during the summer season. This natural landscape management has become a contact for the city, but at least next summer there will be no fenced pastures in the forests of Uutela.

A special twist has been seen in the more than a couple of hectares of Figure 53, located to the west of the Rudträsk Nature Reserve. The city has now promised to leave the trees and ditches grown in the tabloids in place. Individual trees in poor condition are to be removed.

“Figure 53 is already so large that it should be treated as its own subject. Anyway, a ten-year implementation period is too long. The city itself is constantly making new guidelines, which should be taken into account in different areas, ”Antti Halkka thinks.

Uutela’s implementation plan extends until 2027. According to Halka, several politicians would be ready to take a stand on Uutela’s forest management, but there is no suitable way to do so.

“If the board could look at the implementation plans once again in the middle of the treatment period, a lot of effort would be saved.”

The trees felled in the thinning of the pine forest have been gathered in the parking area of ​​the Uutela dog pen.­Picture: Rio Gandara / HS

Prior to the suspension of felling, the city had thinned this pine tree at the northern end of Uutela. Under the pines, oak seedlings are naturally sown.­Picture: Rio Gandara / HS