On recording, former sister-in-law says Bolsonaro had a crack scheme 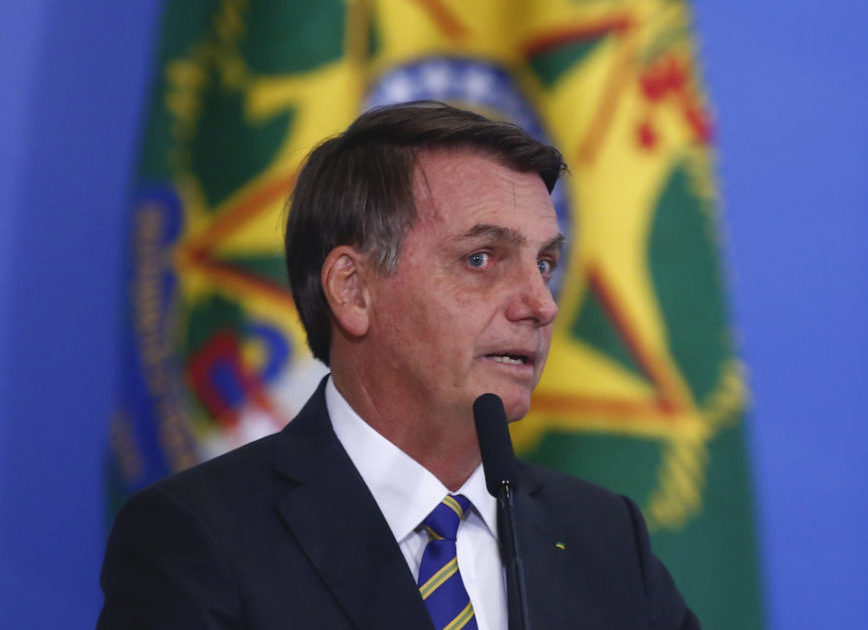 A former sister-in-law of President Jair Bolsonaro (non-party) said, in recorded audio, that the then deputy had a direct involvement in the alleged crack scheme – a practice in which the advisor hands over part of his salary to the congressman – from 1991 to 2018.

According to recordings obtained by UOL, Bolsonaro fired a family member because he did not return the agreed amount of salary. Andrea Siqueira Valle, sister of Ana Cristina Valle -2nd wife of Bolsonaro, says that her brother, André Siqueira Valle, was fired by decision of the president. Planalto has not yet commented on the accusation.

André was fired in October 2007 from Bolsonaro’s cabinet in the Chamber of Deputies. He had been hired in November 2006. Before that, André worked from August 2001 to February 2005 and from February 2006 to November of the same year in the office of Councilor Carlos Bolsonaro (Republicanos-RJ).

The recordings were obtained from a person who would have talked to Andreia about the scheme. The president’s former sister-in-law spoke about the splits to at least two people from 2018 to 2019. UOL claims to have confirmed the authenticity of the audios.

Andrea has also been an advisor to the president for years. She worked for Bolsonaro from September 1998 to November 2006, despite never having lived in Brasília. Andreia changed places with her brother in 2006. He went to Bolsonaro’s office and she to Carlos’ office, where she stayed until 2008. After that, she was appointed to the office of then-deputy Flávio Bolsonaro (Patriota-RJ), where she stayed until 2018.

O UOL contacted Ana Cristina Valle’s defense and her family, but they declined to comment. Andrea was also contacted, but did not respond to attempts to contact her.

Andreia also indicates that Army reserve colonel Guilherme dos Santos Hudson was involved in the cracks scheme. Hudson was a colleague of Bolsonaro at Aman (Military Academy of Agulhas Negras) and is the uncle of Andrea and Ana Cristina.

During the period as Flávio’s advisor, according to the Public Ministry, Andrea would have received R$ 674.9 thousand. Of the total, she took out R$663.6 thousand.

The president’s former sister-in-law also claims she was being silenced. “It’s not a small thing I know. It’s a lot that I can screw up Flávio’s life, screw up Jair’s life, I can screw up Cristina’s life. Understood? That’s why they’re afraid there and tell me to be quiet. I don’t know what, such. Understood? It’s that thing there.”

Wanted by UOL, the defense of senator Flávio Bolsonaro stated that “clandestine recordings, made without the authorization of the Court and in which it is impossible to identify the interlocutors is not an expedient compatible with healthy democracies”. The senator’s lawyers also stated that, because of this, they could not comment on the “supposed audio”. They also said that Andrea was Flávio’s employee, but it wasn’t his job to know how she spent her salary.

Ana Cristina’s defense, who also acts in defense of the entire family and of Colonel Hudson, chose not to comment.

O UOL he also had access to the full audio of the investigation by the MP-RJ (Rio de Janeiro Public Ministry) on the alleged cracking scheme in Flávio Bolsonaro’s office. In them, Márcia Aguiar and Nathália Queiroz, wife and daughter of Fabrício Queiroz, refer to President Jair Bolsonaro as “01”.

The conversation took place in October 2019. At the time, it had been reported that despite investigations, Queiroz was negotiating 500 positions in the National Congress. Nathália complained that her father was still involved in politics and Marcia agreed with her.

“It’s boring too, I agree. It’s just that he hasn’t figured it out yet [Queiroz] that now to go back to politics, to go back to what he was doing, forget about it. Give him years to come back. Also because 01, Jair, won’t let him. Are you understanding? Not for Flávio, but that didn’t happen anyway. Do what? I have to be on his side”.

The fact that Márcia refers to Bolsonaro as 01 in the messages is surprising because the understanding was that the 01 would be Flávio. The president publicly calls his children by birth order, from 01 to 04.

O UOL he sought Marcia’s defense, but got no answers.

The MP-RJ investigates Andrea and André Siqueira Valle and Ana Cristina and Carlos Bolsonaro on suspicion of involvement in ghost employees in the councilor’s office. Ana Cristina was Carlos’ chief of staff between 2001 and 2008.

The MP-RJ indicates that 10 family members were Flávio Bolsonaro’s advisors at Alerj (Legislative Assembly of Rio de Janeiro). The group would have withdrawn more than R$ 4 million during the period they worked at the cabinet. The amount represents 83% of everything they received as salary.

O power360 tried to contact the federal government to comment on the accusations of involvement of President Bolsonaro in the alleged cracks scheme, but was not contacted until the publication of this report.