On his birthday … Emperor of Japan: I look forward to a bright future amid the pandemic 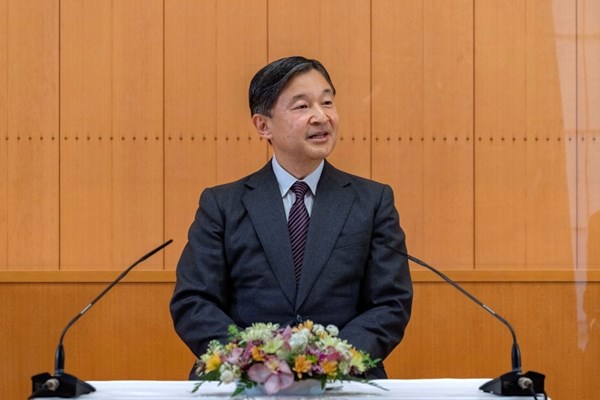 Japan’s Emperor Naruhito said that he expects a “bright future” as Japan begins a vaccination program to prevent the Coronavirus pandemic, in a speech he gave today, Tuesday, on the occasion of his sixty-first birthday.
Celebrations for the emperor’s birthday have diminished this year due to the pandemic.
“Fortunately, the numbers of new infections seem to be declining nationwide,” Naruhito told reporters, speaking in his palace from behind a large transparent screen. Also, the vaccination against the Corona virus has begun ».
He added, “I look forward to a bright future as our people overcome the virus crisis by participating in the pain and helping each other.”
The vaccination program began in Japan this month. On Monday, the official in charge of the vaccination program said that doses will be limited in the first months and that vaccines will be gradually provided to the elderly.
Usually, visitors flocked to the imperial palace on the Emperor’s birthday to congratulate and sign their names on a visitor’s notebook in a tradition dating back to 1948. The emperor looked out from a balcony in the palace with his family members to speak to them.
These events are canceled this year.
Naruhito ascended to the throne in 2019 after his father Akihito abdicated him.

Thalía worried about her grandmother: “We are going through a tremendous situation”

Belgium: a police officer given a suspended sentence for a fatal shooting against a Kurdish girl