On alert for the Delta variant of the coronavirus, Venezuela enters a new ‘radical’ quarantine 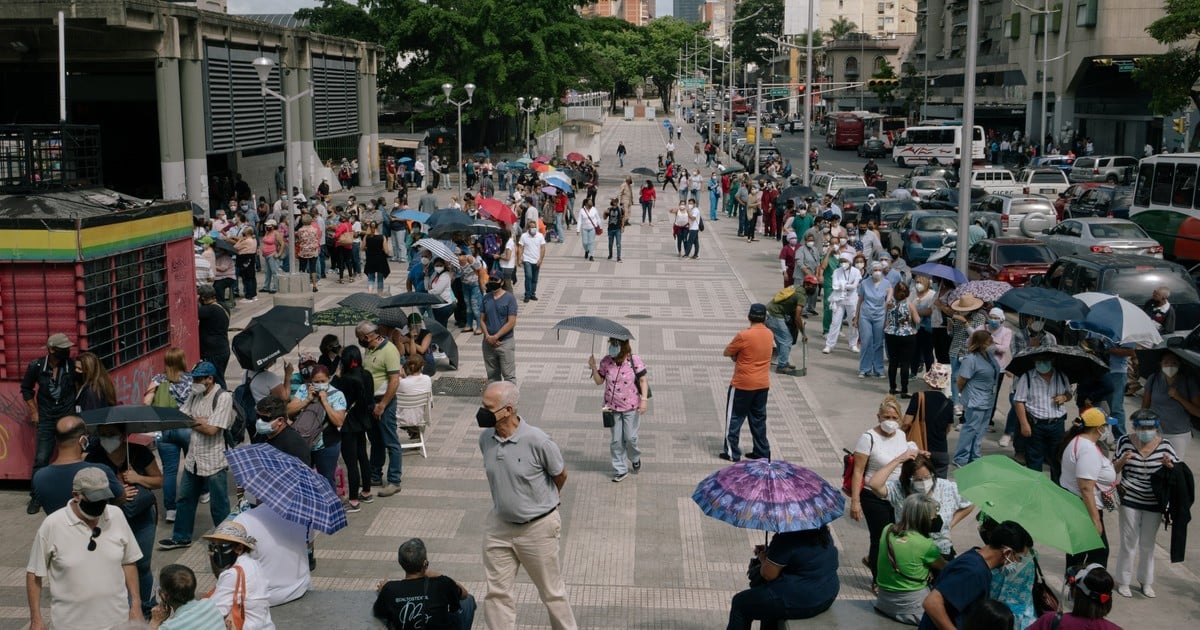 Venezuela began this Monday a new week of “radical” quarantine after the authorities alert for the presence of the Delta variant of the coronavirus, which threatens to wreak havoc in the country’s weakened health system.

Until next Sunday, only the prioritized sectors such as health, food, telecommunications and security and services will be active, according to the 7 plus 7 mechanism, implemented by the government.

The scheme activated since June 2020 contemplates a week of “radical” confinement followed by a “broad and safe” relaxation.

At the same time, this week only workers in the prioritized sectors are released from quarantine, but they must carry their respective credentials and safe-conduct.

“We must maintain the 7 + 7 because we already have the Delta strain among us, but we can look for a form of relaxation during the weeks of radical quarantine,” warned President Nicolás Maduro during a televised event.

The president of Venezuela, Nicolás Maduro, announced the return to a hard quarantine week. Photo: EFE

The head of state did not offer further details of what the flexibility would be like in the days of radical quarantine, only commented that there could be greater freedoms in the commercial and transport sectors, such as, for example, allowing travel between states.

“We are going to 7 days of quarantine, making some economic and social activities more flexible, maintaining the most successful method in the world, 7 + 7, and all the biosafety protocols for the protection and safeguarding of the life of our people,” he said.

Shortly before, through social networks, the president had already launched an alert: “From Monday, July 26 to Sunday, August 1, we are going to quarantine to protect ourselves from the Delta variant that arrived in our country. Maximum care. We must not neglect ourselves, we must continue to comply with all measures. ”

More control at the borders

The president explained that the Delta variant of the coronavirus was detected after being identified in two travelers that entered through the Simón Bolívar de Maiquetía international airport, in Vargas state.

He specified that one of the cases is a young athlete who arrived from Turkey who, he said, had contact with 30 people, who were tested and all tested negative for Covid-19.

The other case is that of a doctor whose origin was not specified. However, he stressed that the two people are vaccinated and are already isolated.

“The Delta strain arrived through the airport and we have a serious threat. It is the most dangerous and deadly strain,” warned Maduro.

In this sense, he asked the health authorities to prepare the protocols to deal with the virus.

The president also announced that he will maintain special care in the border states, since the presence of this Delta variant has already been identified in Brazil and Colombia.

Venezuela has been carrying out a massive vaccination against SARS-CoV-2 since May 29, after having started the process in February with 3,230,000 doses, between Sputnik V, from Russia, and Sinopharm from China, received until moment

A vaccination center in Caracas, where the Cuban vaccine Abdala is applied. Photo: AFP

In addition, it began to apply the Cuban experimental vaccine Abdala after receiving the first batch of the 12 million doses that the country acquired, amid warnings from unions, scientific academies and opposition leaders, about the use of the serum that still “It is not internationally certified.”

Maduro explained that, until this third Sunday in July, at least 3,612,473 citizens have been vaccinated, who does not exceed 11% of the total population of the nation, without specifying if that figure corresponds to people who received both doses or only one.

And he promised that by October 60% of the population will have been immunized, with the advances that he said he hopes to achieve in the months of August and September with the arrival of the vaccines from the Covax mechanism, from the World Health Organization.

Venezuela added in the last 24 hours, 1,018 cases and 17 new deaths from coronavirus, which accumulates since March of last year 299,822 confirmed infections and 3,492 deaths, according to questioned official figures, which according to the opposition are much lower than the real ones.