Omikron is now the predominant virus variant in the USA 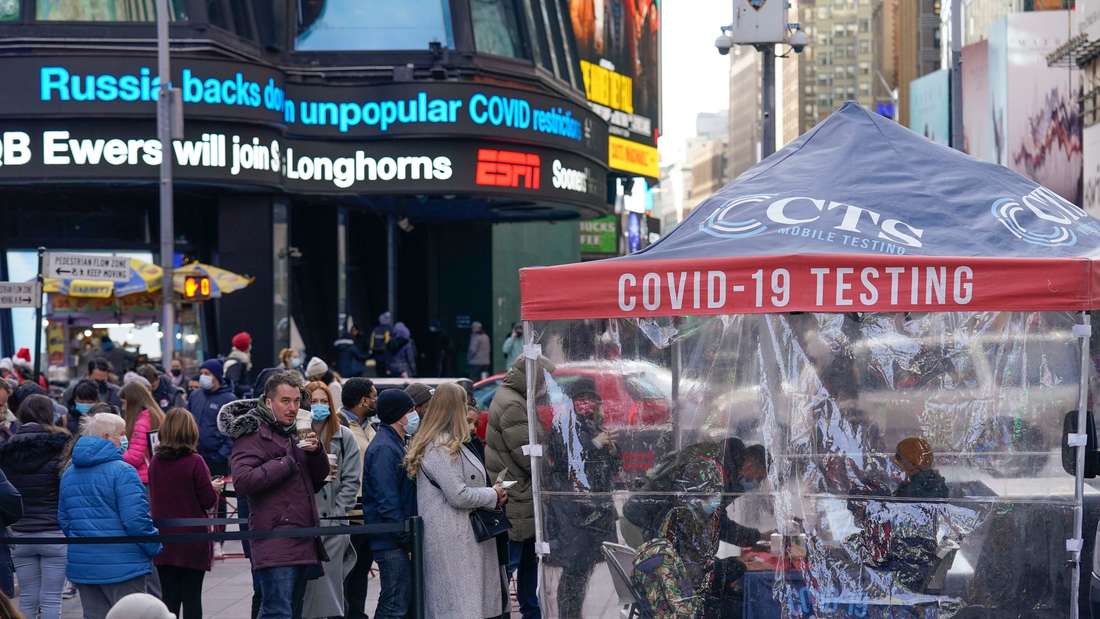 A week ago, Omikron only made up about 12 percent of corona cases in the United States. A sudden increase can now be observed within a very short time.

Washington – Omikron has developed into the predominant Corona variant in the USA within a short time. It is estimated that Omikron accounted for around 73 percent of corona cases in the past week, according to data on the CDC website.

This is a sharp increase – the week before it was only estimated to have been around 12.6 percent. The health authorities initially put this number at around 3 percent – but after further sequencing, this estimate is now higher.

Omikron has pushed Delta, the previously predominant variant, to second place. Delta made up about a quarter of the cases, according to the CDC estimates. In some states, Omikron is responsible for more than 90 percent of the cases.

A similarly rapid development is likely to be ahead in Germany: According to the new Corona Expert Council of the federal government, the omicron incidence doubles about every two to four days.

In the summer, the United States suffered from a violent delta wave. In September, the number of new infections fell temporarily, but has been increasing again since October – particularly sharply in the past few days. More than 800,000 people have died in connection with corona infection in the United States since the pandemic began.

The vaccination campaign got off to a good start in the USA, but is now making slow progress. So far, 61.5 percent of the around 330 million people in the country have been vaccinated twice. Almost 30 percent of them also received a booster vaccination. US President Joe Biden wants to address the population in a speech on the corona pandemic on Tuesday. So far, the White House has cited the omicron variant as a cause for concern but not a cause for panic. dpa

Covid: outbreak at the Berlusconi home, the Cavaliere and his partner negative