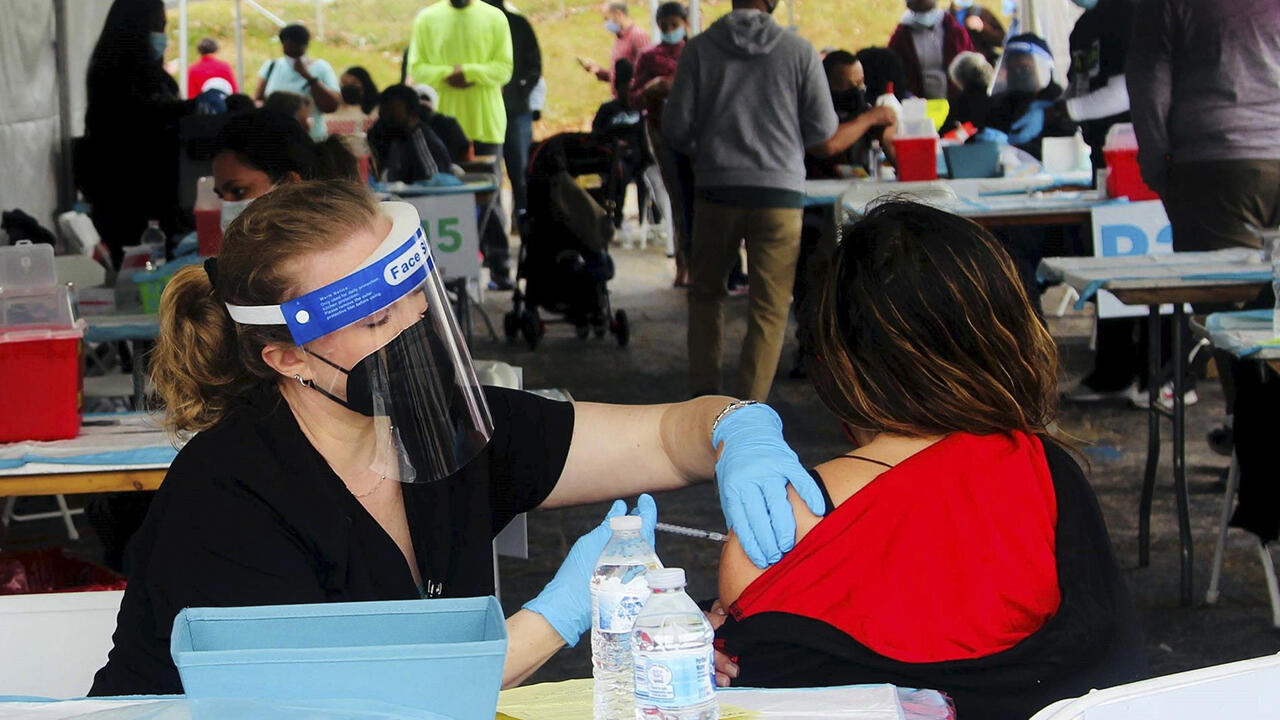 The wave of infections generated by Ómicron continues its advance in the United States, where it is already the predominant variant of Covid-19. Meanwhile, in Germany Chancellor Olaf Scholz and the governors met to define the measures that will take effect after Christmas; that nation’s Robert Koch Institute recommended limiting contacts until January. And in France, the Government is studying to advance a law that will oblige vaccination to obtain a health pass.

The pandemic continues to hit the world at the end of 2021, pushing countries to impose restrictions to stop the rapid spread of the Omicron variant, which unleashed a global crisis that has already reached the different continents.

By case, the data released by the Centers for Disease Control and Prevention (CDC) of the United States indicate that it is the preponderant lineage in the United States, where 73.2% of the positive cases occurred between December 12 and 18 They are caused by Ómicron.

This variant spread with great speed in the United States, given that the week that ended on December 11 had barely registered 12.6% of infections, compared to 87% of the Delta. Now the situation has turned upside down and it was the latter that came in second after causing 26.6% of recent Covid-19 infections.

See also  A story that ignites the Internet .. A girl prevents her friend from attending the wedding because of her "beauty in the dress"

There are even regions in the United States, such as the Northwest and Southeast, where the numbers are higher than average and exceed 90%, in states like Washington and Florida.

In Washington DC, Mayor Muriel Bowser imposed the mandatory use of masks in closed public places as of this Tuesday, December 21, to control the high number of infections that begins to monopolize hospitals. While, in New York, Mayor Bill de Blasio could suspend the traditional New Year’s Eve celebrations in Times Square.

Meanwhile, Secretary of State Anthony Blinken announced in a statement that the United States will donate $ 580 million to organizations such as WHO and UNICEF, among others, to increase emergency funds and accelerate the distribution of vaccines.

The German Chancellor, Olaf Scholz, met this Tuesday with the 16 state governors and agreed on the steps to follow to prevent the spread of the Omicron variant, which, the German authorities warned, is also on the way to becoming the dominant one in German territory. in a few weeks if contacts are not limited.

The restrictions, which will take effect as of December 28, consist of limiting a maximum of ten people – not counting those under 14 years of age – who may attend meetings and in which major events, such as soccer matches or recitals, are carried out without an audience.

These decisions coincide with the suggestions that the Robert Koch Institute (RKI) had proposed in the early hours of this Tuesday. The RKI expressed the need to reduce contacts and do without unnecessary travel until mid-January so as not to cause a collapse of the health system.

In addition, they indicated that it is necessary to accelerate the vaccination, both for the first and second doses, as well as for the booster. According to the estimate, those who do not have injections run a “very high” risk of contagion, those who have the full regimen is “high” and those who have the third dose or booster dose, “moderate”.

For its part, in France, the Government reported its decision to speed up the processing of a law with which it intends to limit infections in French territory. The intention of the Executive is to approve the regulations next week to also advance its parliamentary process and that the regulations may be in force in January.

It was Prime Minister Jean Castex who announced that an extraordinary Council of Ministers will be held next Monday, instead of January 5 as originally planned, to adopt the bill. He did so after meeting with municipal associations and with the Government spokesman, Gabriel Attal.

The law would mean that only those vaccinated citizens will be able to have a health pass that allows them to access public establishments such as bars, restaurants or football matches. With this measure, the French Government seeks to drastically reduce the number of 5.6 million French people who have not yet been vaccinated.

The announcement comes when the country has begun to register record numbers of contagion, with 573 cases per 100,000 inhabitants and more than 73,000 infections due to this disease in the last day, cases of which 20% correspond to the Omicron variant, as reported Attal.

WITH EFE AND AP

Hockey Media: NHL players will not participate in the Beijing Winter Olympics