Omar bin Zayed: Mohamed bin Zayed is the leader of the stage of consolidation and prosperity 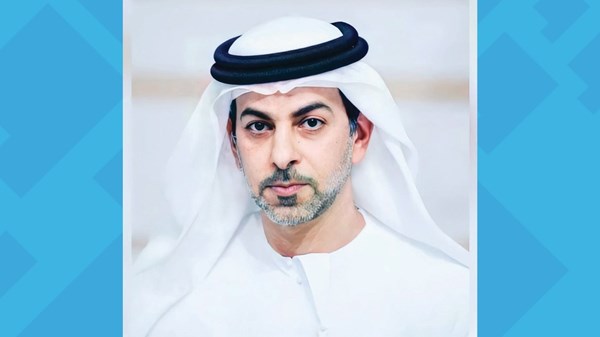 His Highness Sheikh Omar bin Zayed Al Nahyan affirmed that the election of His Highness Sheikh Mohamed bin Zayed Al Nahyan, may God protect him, as President of the State, embodies an extension of the blessed march of the UAE, which is moving at an accelerating pace towards the summit of glory, where His Highness lived through the foundation stage, and then participated in the empowerment stage. And with him, we will proceed to the stage of consolidation and prosperity, where the position we dream of and deserve, and we will reach, God willing, and preserve, because our leader does not know the impossible.

His Highness stressed that the unanimous election of His Highness Sheikh Mohammed bin Zayed as President of the State is an indication that the UAE is a state of institutions that follow a consistent approach and clear, specific goals, and hand over the flag from generation to generation so that each one completes what his predecessor started and accomplished.
His Highness continued: “His Highness Sheikh Mohammed bin Zayed leads us after imbibing the leadership traits, pillars of wisdom, judgment skills and the system of values ​​from the late father Sheikh Zayed bin Sultan Al Nahyan, may God rest his soul”, and contemporary, helpful and supportive of his brother Sheikh Khalifa bin Zayed Al Nahyan, “God bless him.” His wealth.” So he should be a natural extension of them, charting the ascending path towards glory. His Highness stressed that we are confident that we, with His Highness Sheikh Mohammed bin Zayed, will take the lead and go with God’s help and success from dream to reality, from vision to action, and from thought to achievement. His Highness continued: At that moment in the history of our nation, we realize the greatness of the mission undertaken by His Highness Sheikh Mohammed bin Zayed Al Nahyan, President of the State, “may God protect him”, and we pledge to him that we will walk behind him as one, complete our path and strengthen our strength, transform our dreams into visions, and our visions into plans. It turns into achievement after achievement in order to support our position among the nations, and to prove that we are all sons of the Emirates and children of Zayed. His Highness Sheikh Omar bin Zayed concluded his statement by saying: With you, our leader and our teacher, we are confident that this land will continue to be ripe for us, and that future will become prosperous of our making. .

See also  "Not inevitable" .. US Secretary of State comments on the "confrontation with China"

— This year, the star of the Madrid Book Fair will be a magnolia tree. Between May 27 and June...