Olympics Violence seen in riding is criticized in Germany at ministerial level, one hundred criticisms for competition officials 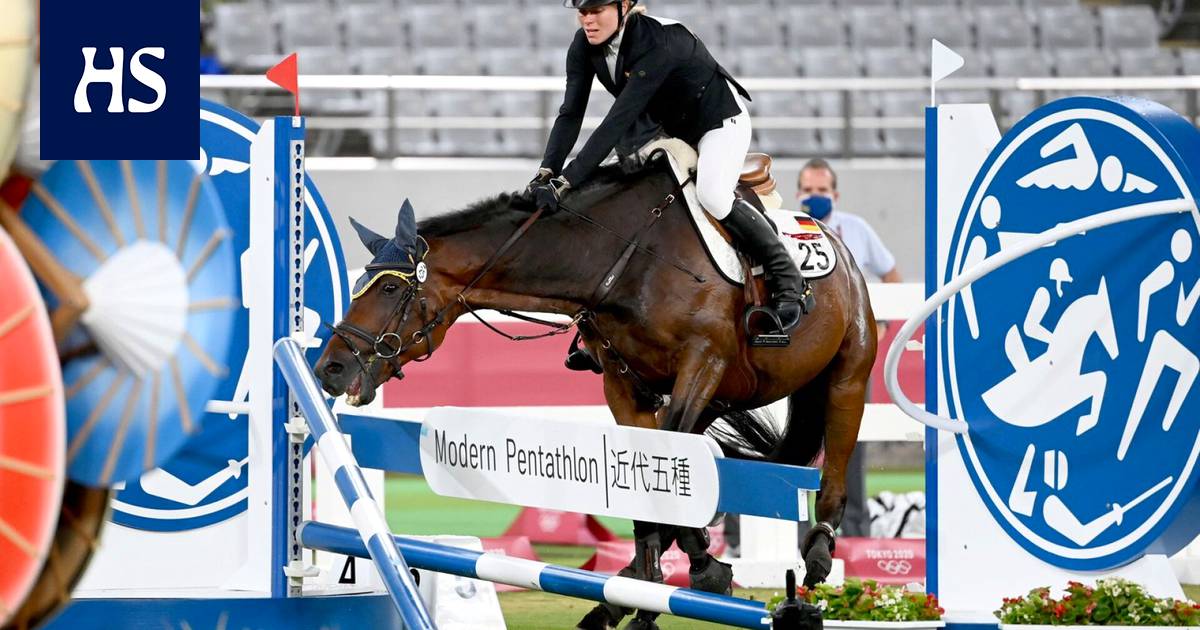 The future of modern pentathlon speaks for itself in Tokyo when Annika Schleu hit a horse with a whip many times in a row. According to Bild, Schleu closed his Instagram account in the midst of the uproar.

Violent the treatment of the horse has raised the streak of show jumping in Germany to strong criticism in Germany. Represented the country in Tokyo Annika Schleu hit the horse several times in a whip race on Friday, and a German coach Kim Raisner after the incident, got starting passes for the Tokyo Olympics, among other things, after beating a horse with his fist.

Read more: A German competitor hit the horse several times with a whip when the horse refused to jump – Violent behavior brought inquiries to Finnish sports federations as well

German In an interview with Bild magazine President of the International Federation of Sports Klaus Schormann says he was shocked to see pictures of the situation. He estimates Schleu listened to the coach who did everything wrong.

The accusing fingers have also been directed more strongly at the people in charge of the race.

“The vet in charge of the race has definitely failed,” Schormann said.

Schleun the horse Saint Boy was already in use in the race by a Russian competitor. Saint Boy hadn’t jumped in a previous run either, but the vet didn’t pull it out of the race and put a spare horse in use.

In modern pentathlon, horses are drawn only before the performance, and the rider is allowed to train with the horse for 20 minutes. The sport has been developed with the idea of ​​competing in the skills required by the cavalry. The practice of riding arises from this tradition: a cavalry soldier has not had the opportunity to choose his horse. Riders who specialize in show jumping have been using the same horse for years.

The actions of the people in charge of the race were also criticized by Schleu’s national team colleagues Patrick Dogue and Fabian Liebig.

“We’re definitely not cruel to animals, and Annika is a kind-hearted person. Now we are in a weak position when those responsible can take it easy, ”Dogue said.

Schleu himself, according to Bild, has closed his Instagram account after receiving hate messages after the race. He defends himself in Bild’s case by saying he treated the horse to the best of his knowledge and was not rude.

Schleu also says he feels attacked when he is accused of inhumanity and animal cruelty.

In addition to numerous enthusiasts, cruelty to animals has also been criticized at ministerial level. Minister of Agriculture of the Christian Democrats Julia Klöckner took a stand on the matter and said what he saw in Tokyo was just animal cruelty.

German Chairman of the Olympic Committee Alfons Hörmann is According to Reuters joined the ranks of people demanding rule changes.

“We believe that what has happened needs to be looked at quickly, especially from an animal welfare perspective, and that national and international federations are drawing their own conclusions,” Hörmann said.

“The changes to the rules must be made in such a way that the animal and the rider are protected. The focus must be on animal welfare and fair competition for riders. ”

In Finland, the fencing and pentathlon association responsible for the sport said on Saturday require changes to the species.