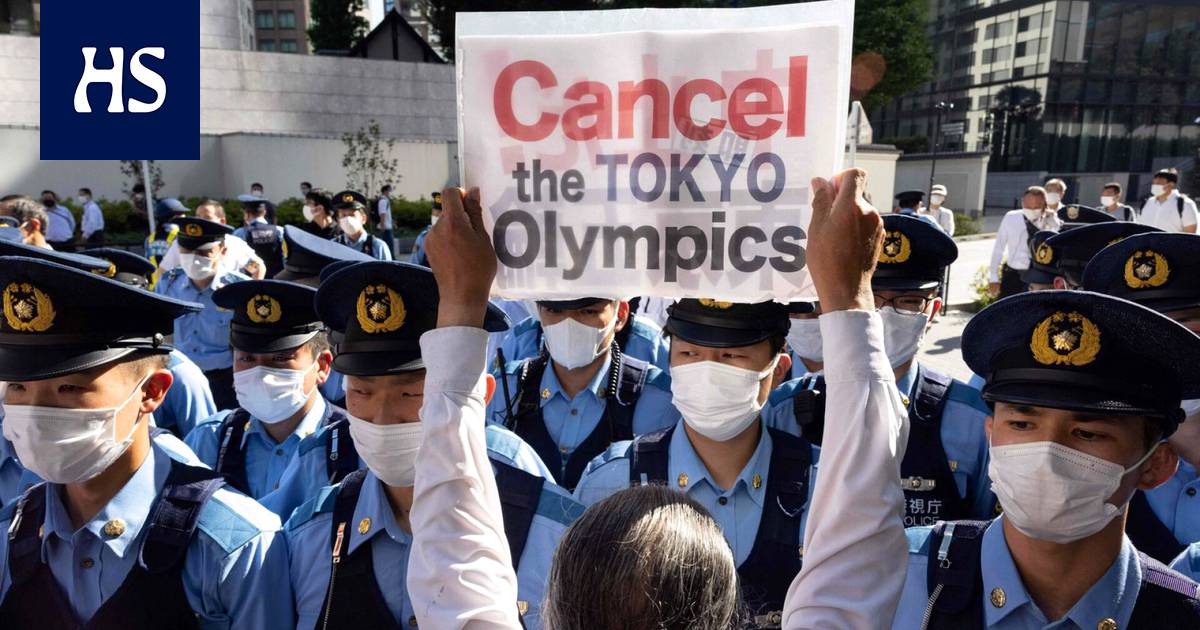 The Japanese have criticized the Summer Olympics, which have been postponed for a year.

Tokyo the Olympic Village was noted on Saturday first coronavirus infection a member of the staff of the Games. There is less than a week left until the start of the Japanese Summer Olympics, and the Japanese are concerned about the safety of the Games.

CEO of the Tokyo Summer Olympics Toshiro Muto confirmed the infection on Saturday morning. Muto has not reported any nationality at least so far. Organizers have said the infected person is a foreigner.

Read more: The first coronary infection was detected in the Tokyo Olympic Village

According to the news agency Reuters, the patient belongs to the staff of the Games. The infection was revealed in a screening of those in the Olympic Village.

Spokesman for the Tokyo Olympics Masa Takaya told a news conference that the person is isolated in a hotel room.

In addition to the Olympic Village case, the news agency Reuters reports 14 other cases of coronavirus, all of which are in some way indirectly related to the Games.

The Summer Olympics postponed during the year have received a lot of criticism from the Japanese, although it was announced last week that the Games will be held without spectators.

“We must prevent the spread of the disease in Tokyo at all costs.”

The Japanese fear that the Olympics will turn into a virus spin and infections will strain the medical care of an already troubled country.

More than a thousand infections have been diagnosed for four consecutive days in Tokyo, the hometown of the Games.

Only about 20 percent of Japanese have received both doses of the vaccine.

Chairman of the Organizing Committee of the Games Seiko Hashimoto says he understands people’s concerns.

Toshiro Muto said according to news agency AFP that the authorities are working on the assumption that there are corona-positive people in the Olympic village.

Athletes participating in the Olympics are tested with a saliva corona test daily. Other race staff are also tested regularly at the race.

It is also intended to restrict and control the movements of visitors to the area.

Police blocked an activist demanding the cancellation of the Olympics in Tokyo on Saturday. Picture: Yuki Iwamura / AFP

To the Olympics was intended to create a corona bubble to protect participants in the Games. However, already six days before the start of the Games, the bubble has burst.

Japanese newspaper The Asahi Simbum says the arrival of Olympic delegations at airports and hotels has led to confusing situations.

The magazine also reports, for example, about a Brazilian delegation that did not follow the crown instructions when arriving at the airport. For example, some athletes stopped to take group photos and give fist greetings (fist bump) to strangers.

Also, hotel staff did not always know how to deal with, for example, people who violated interest rate restrictions, or did not know how to advise on following the instructions.

According to the hotel manager interviewed by the magazine, “taking care of the corona bubble” is not even part of their job. He says he has followed the departures and arrivals of the Olympic guests with concern.

The situation is expected to worsen as the number of arrivals in Tokyo increases in the coming days.

Minister responsible for the Olympic Games Tamayo Marukawa swore earlier this week that those who break the Olympic corona bubble would have consequences. He also promised closer follow-up.

Japanese opposition politician Ayaka Shiomura however, called for the renewal of the entire “Olympic Handbook”.

“[Olympialaisten] the bubble is full of holes. We need to prevent the spread of the disease in Tokyo at all costs, ”he says.

Chairman of the International Olympic Committee (IOC) Thomas Bach said at the briefing that the committee was aware of the “skepticism of the Japanese”.

“However, I ask the Japanese to welcome incoming athletes,” Bach said.