Olympics Jan Vapaavuori convinced in Tokyo: “Continuing the Olympics is a better way to improve the world than to stop them” 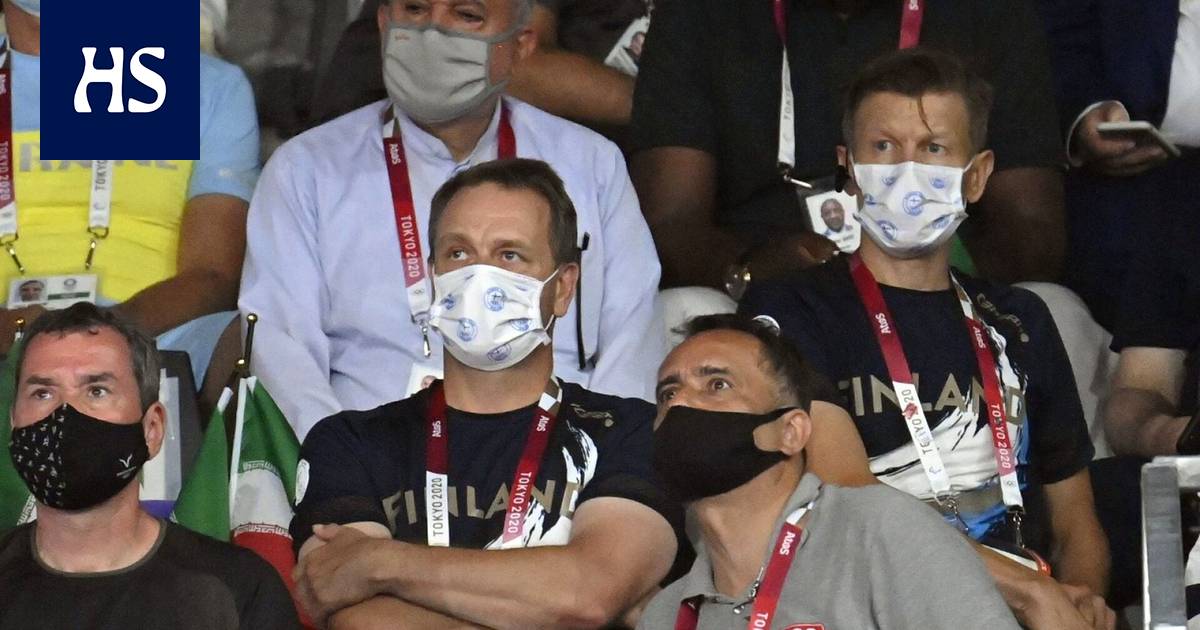 Jan Vapaavuori returned from his first Olympic Games as Chairman of the Finnish Olympic Committee, convinced of what he had seen and experienced.

“The best thing about the Tokyo Games was that the Olympics could be held. They brought joy as well as comfort and hope to billions of people at the remote controls. Continuing the Olympics is a better way to improve the world than to end them, ”Vapaavuori says in an interview with HS.

In Tokyo, Vapaavuori tried to get to know as many sports as possible. Many small sports in particular received publicity during the Olympics that they would not otherwise receive.

“Football and golf can do without the Olympics, but for small sports, the Olympics are a lifeline. For example, the shooting Olympic finals were really interesting, and their global television was immeasurable in money, ”says Vapaavuori.

“The deepest essence of top sports is to look for boundaries. You should never be satisfied. Finnish sports are more successful than they have been for a long time, when more than just Olympic sports are included, ”he says.

“It is still honest to admit that we are lagging behind the other Nordic countries, but we have been like that for a long time. We cannot be satisfied with the situation. ”

In the Nordic comparison, Finland was badly in the lower nail compared to Norway, Denmark and Sweden. Iceland was left without a medal in Tokyo.

“The deepest essence of top sports is to look for boundaries. You should never be satisfied. ”

Teaching- and the Ministry of Culture, in co-operation with the Olympic Committee, will launch an assessment of top Finnish sport and its state in the autumn. The results of the assessment are set to return after the Beijing Winter Olympics next spring.

Part of the assessment is that the leadership of the top sports unit under the Olympic Committee will be partially recruited in the summer of 2022.

“After Beijing, it’s a natural time to carefully analyze where top sports go and go through where you’ve succeeded, where you haven’t. It is good that the evaluation is led by the Minister, but I hope that the entire sports community can be involved in it, ”says Vapaavuori.

At the same time, he misses a discussion about what is ultimately aimed at in top sports. For example, is the number of Summer Olympics medals an absolute value? If so, where will it lead?

“It would be so desirable, it would easily lead to an even stricter selection of species. There should be an increased focus on only a few species where success is desired. We should have a sports culture in which any amateur and talent has the potential to access vocational training and support systems, and to dream of Olympic representation. The spectrum will inevitably suffer if we focus only on successful species. ”

The so-called key sport thinking was tried in Finland at the turn of the 2010s, when athletics (throws, endurance sports and jumps), shooting, wrestling and judo were promoted to the main sports of the 2012 London Olympics.

Finland received three medals from London: two for sailing and one for javelin throwing. Seven athletes reached the top eight in points. Since then, the key species model has been abandoned.

“There should be no division between top sports and other sports.”

Jan Vapaavuori gave a speech at the visual artist Sophia Ehrnrooth’s Field of Dreams installation at Helsinki’s Bolt Arena on 24 August. The work, which is free and open to the public, consists of 2,021 football, among which one can walk, play, play ball and dream. Picture: Silja-Riikka Seppala / Lehtikuva

Coach hero Kyösti Lampinen recently (HS 24.8.) criticized the success of the Finnish Olympic Committee in Tokyo. He wondered why Finland has such a negative attitude towards competition. It is also bad for him that the whole sports culture is under the Olympic Committee.

The Free Mountain would keep the current structure of the Olympic Committee unchanged. According to him, the whole Sports Field under the same umbrella is also a growing trend in the world.

“We should not make a violent division between elite sports and other sports, but understand that they have more in common than distinctive. As such, the situation is paradoxical: success is required but one does not want to support top-level sports in the long term. It’s good to note that the countries we compare to are investing a lot more in sports than we do, ”says Vapaavuori, who plans to watch the Kaleva Athletics Championships in Tampere this weekend.

Free mountain According to Finland, Finland is suffering from a serious “pandemic of immobility”, in which people’s condition and ability to function are deteriorating in a worrying way.

Another pandemic, the corona crisis, has limited the use of sports facilities and reduced physical activity.

“I really hope Korona has taught decision makers to understand the importance of exercise. In addition to the health effects, the closure of sports venues is about the growth of children, development, friends and the stimuli of life, through which we grow into decent citizens. The connection between exercise and mental health and the well-being of the people is enormous. ”

Funding for sport is starting to be a matter of eternity. Sport has a constant financial crisis, which at least is not alleviated by Veikkaus’ own crisis.

The third Minister of Sport is already in office during the term of this government.

“What matters is how strong society’s support for physical activity and sport is, not how it is funded. The state needs a strong commitment to funding sport. In this respect, the government’s policies are not encouraging. In addition, the whole sport needs to stand up for its own fundraising. It has to grow. We have the potential to do that. ”

The Olympic Committee’s own fundraising is also needed: only about a third of the EUR 10 million budget is self-funded.

“It’s important to set an example for yourself. The Olympic Committee’s own funding is not at its peak. The level needs to be raised, ”admits Vapaavuori.

Gymnast Simone Biles was one of the most watched athletes at the Tokyo Olympics. Picture: Lindsey Wasson / Reuters

What The Tokyo Olympics then taught? What can be learned from them as a whole?

“Exercise and sports are among the largest popular movements in the world. Although everything has left the joy and joy of sport, its task is also to build a better world, but that too must be realized correctly, ”says Vapaavuori and highlights Simone Bilesin case.

The American top gymnast made medals more important than his own mental health. Biles, who had previously been able to do acrobatic tricks, collapsed in Tokyo.

“Biles’ case was really stopping. However, it was not the fault of the Olympics that he brought out his feelings. On the contrary, his opening at the Olympics received much wider attention than he could otherwise have received. This in turn provided comfort, support and help to thousands or even millions of young women around the world, ”says Vapaavuori.

“The Olympics created a global display for these things, too, and helped us build a slightly better world again.”

Read more: Athletes must be able to express their opinions without fear, says Jan Vapaavuori, Chairman of the Finnish Olympic Committee

Read more: This will be remembered!

Read more: Simone Biles and Naomi Osaka crumbled under wild pressure – why do superstars have to worry about the world’s problems?

Read more: Something bigger than the edge of Olympic star Simone Biles broke this week 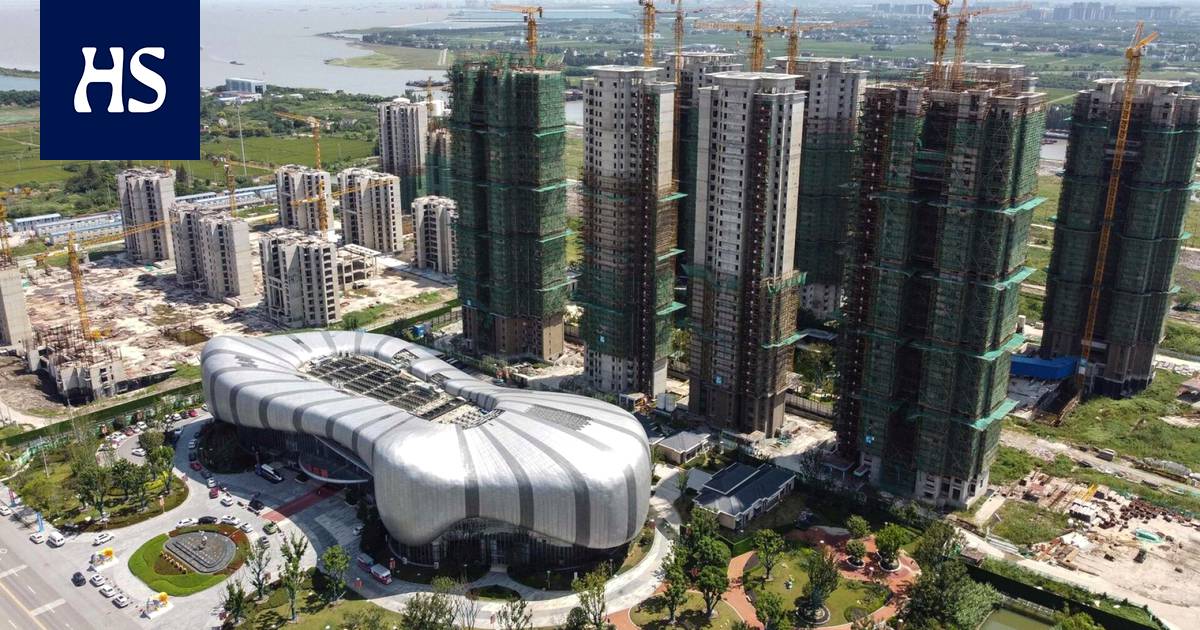 The hero of ‘Hotel Rwanda’ sentenced to 25 years for terrorism