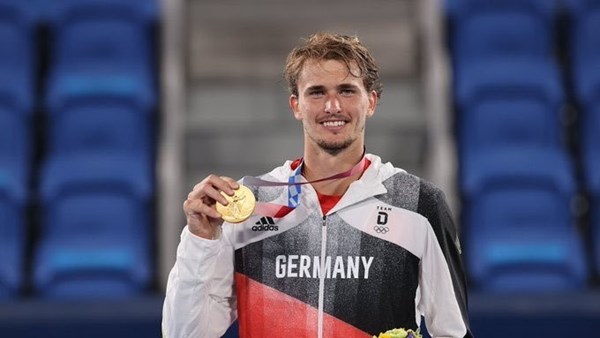 German tennis star Alexander Zverev, who won the men’s singles gold at the Tokyo Olympics, began his preparations to return to the courts again, as he meets South African Lloyd Harris days later in the first round of the Cincinnati Tennis Masters, according to the tournament draw.

Zverev, 24, won the gold medal at the Olympic Games in the Japanese capital, Tokyo, and then missed the Toronto Championships, to recover before returning to competition.
Zverev will begin his final preparations for the US Open “Flushing Meadows”, which is scheduled to start on August 30 in New York, through the Cincinnati Championships, which saw him exit from the first round six times.
As for the Serbian star, Novak Djokovic, ranked number one in the world, he chose again to rest in preparation for the US Open, while Roger Federer and Rafael Nadal are absent due to injuries.