Oliveira, Zarco and Miller for sanction to Quartararo 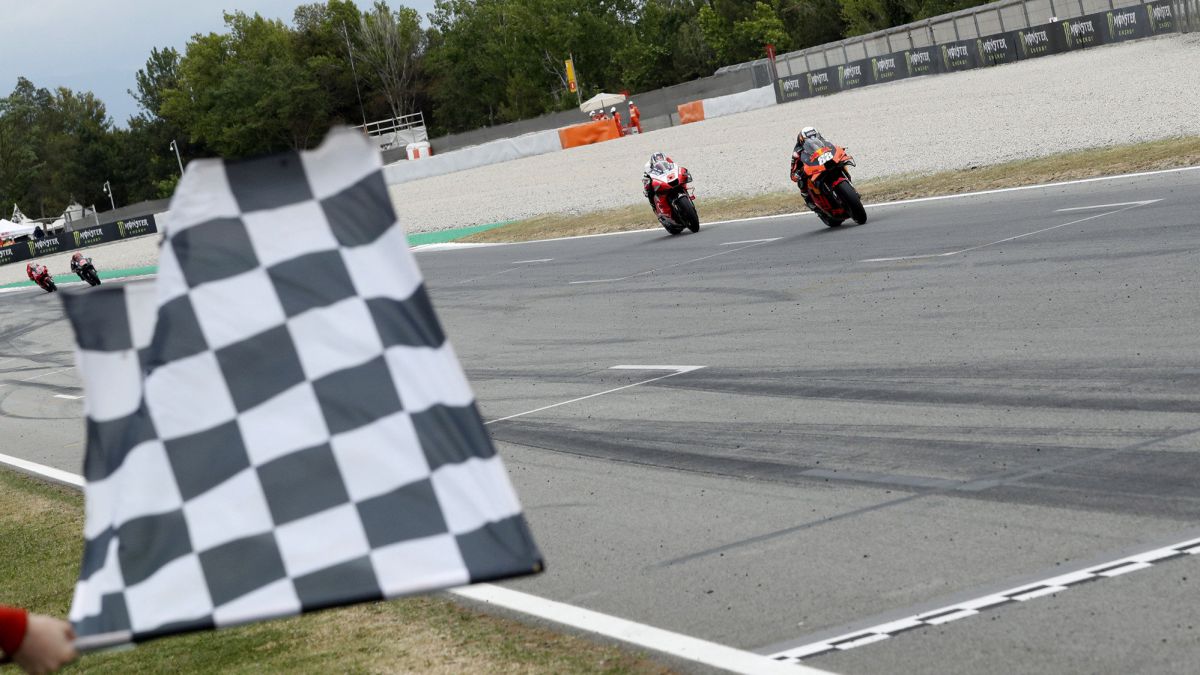 Everything was ready for you Quartararo will achieve his fourth victory of the season in the Catalan GP, but what’s up Everything happened to the Frenchman in the Montmeló race and he finished fourth, although he actually crossed the finish line third. The victory came by surprise for Oliveira, but by surprise only seen in training, not in a career that the Portuguese managed wonderfully. Zarco and Miller accompanied him on the podium, with Mir in fifth place as the best of the Spanish.

It was not the day of the Spanish, far from it. Mir’s fifth could perhaps have been considered good before the race, because he started tenth, but after what we saw, it tastes little. The Suzuki rider made a great start, climbing to fourth place at the end of the first lap and even running second on the sixth lap, but this time he ran out of tires earlier than usual and lost steam. In fact, It was a success that he kept fifth place, because Maverick hit the wheel several laps from the end without being able to overtake him. A shame for Yamaha’s, because he was powerless behind Suzuki’s, especially every time the braking came to the end of the straight.

That it was not a day for ours is also demonstrated by the fall of Márquez when he was in his best performance since his return. Marc started thirteenth from the grid and got to sixth, overtaking as usual and having an intense battle with Aleix until he crashed on lap eight. It was at turn 10, the one at the entrance to the stadium, a point where Aleix and Rossi also crashed. Aprilia’s did it when he was seventh and Yamaha’s when he was thirteenth. In addition to them, they did not finish the race by fall Pol (curve 5), Petrucci (9) and Lecuona (13). And before them, on the grid formation lap he fell Martin (5), with enough time to return to the box and start from the last position with his second bike. The Madrilenian, who reappeared after breaking eight bones in Portimao, was able to meet the goal of finishing the race. He did it, penultimate, fourteenth.

Returning to Oliveira, note that it is his third MotoGP victory after two last year and the fourth for KTM. It seemed that it was going to be for Quartararo, but the Portuguese broke the forecasts starting from the fourth place on the grid. He took the lead in the second lap and, when Fabio snatched the lead ten laps later, it seemed that the fight for victory would end there, but nothing of that. Miguel returned to the charge two laps later, at 14, with a pass over the Frenchman at the end of the straight and from there to the finish line and no one would get ahead of him.

On the other hand, from that moment on, everything happened to Quartararo. The jumpsuit was opened or opened and he lost the chest protector in addition to completing the rest of the laps with the zipper down. And the worst was not that. The worst thing was that in a set with Miller at the end of the straight, he ended up going off and shortening turns 1 and 2, which ultimately cost him a three-second penalty that relegated him from third to fourth place. Despite this, He continues to be the leader of the general classification, although now with only 17 points of advantage over a Zarco who, if the race lasted one more lap, would have won the victory. The Ducati driver was cutting his disadvantage with the KTM and crossed the finish line only 175 thousandths of a distance from Oliveira, who masterfully managed his advantage until he received the flag at the finish line. Chapeau for him. That Portuguese, how good he is.