Olimpia, here are Mitrou-Long, Baron and Davies: “Here to win together” 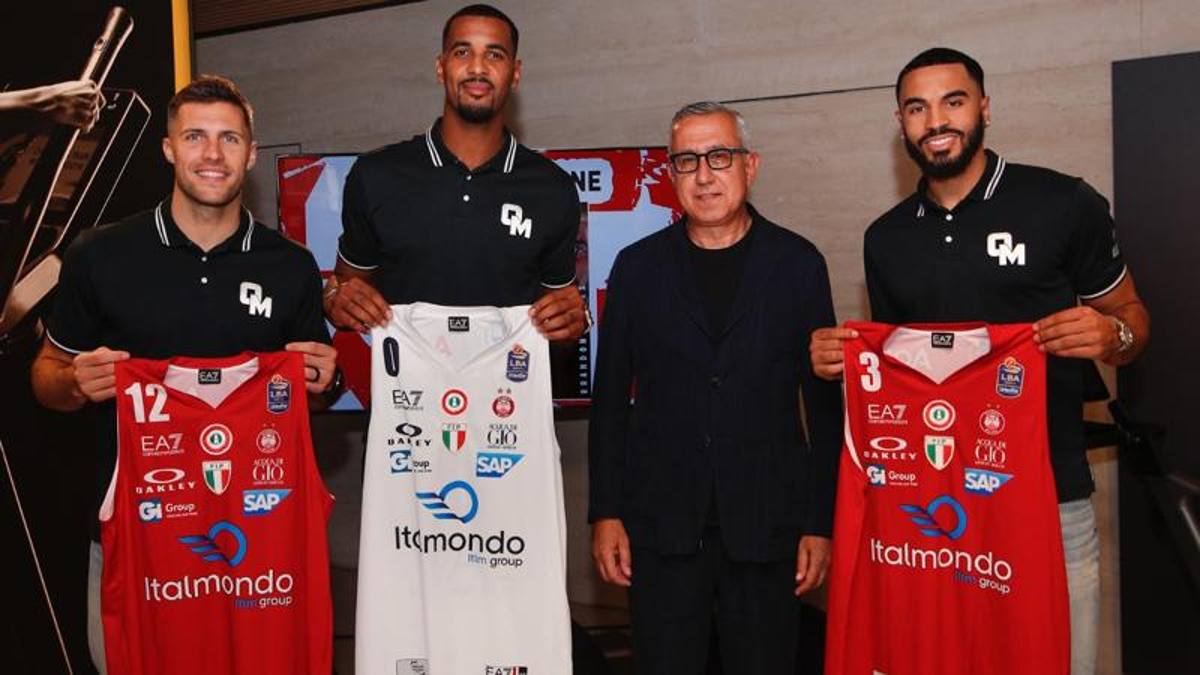 Milan unveils the first signings for the new season. Stavropoulos: “They are players we have chased after. With them we will ride the wave of the sold out of the Forum “

Three good guys. Milan unveils the first summer purchases for the new season. They are Naz Mitrou-Long, 29, ex Brescia playmaker, Billy Baron, 31, guard and shooter ex Zenit St. Petersburg and Brandon Davies, 31, former Barcelona center. Giemme Christos Stavropoulos introduces them: “They are players we have chased all last season. Baron and Davies have Euroleague experience and will help us grow. Mitrou has not played at that level yet but with talent and determination he will find the size of him. We are satisfied, we have achieved all our market objectives. We have built a staff of 16 players 16 to be deeper and give everyone rest with turnover. We will have a fun team. And we want to ride the wave of the sold out of the Forum during the last Scudetto finals with proposals for ticket packages that mix Euroleague and championship. On the pitch the objectives remain the same: to win everything in Italy and qualify for the Euroleague playoffs to aim for the Final Four again ”.

The big man is Davies, a player who has made the same path as Kyle Hines: “I’m happy to be back in Italy. Seven years ago in Varese I was on my first full experience outside the US – says the center that acquired the Ugandan passport and became a Mormon at BYU college -. I was young and inexperienced. Over time I have grown technically and mentally and now I am ready to take this professional challenge in the right club for me to make another qualitative leap in the Euroleague after two unsuccessful passes in the Final Four. I wanted an opportunity like this, coach Messina told me that I have the talent and the physique to help the team win. Sharing the locker room with Hines is a great honor for me. I will be able to learn from one of the most titled players ”.

“After nine years of professionalism in Europe, I feel the urge to win – argues Baron with an open smile and clear ideas about the near future – and I don’t think there is a better place than Milan to do so. It was easy to get my wife and me to come here. We like everything about Milan. And then I found many experienced companions who arrive early and leave the gym late. A good example for everyone. My role model has always been my brother Jimmy, who is 5 years older. Now he has retired but he too has played for a long time in Europe, also passing through Rome. As a player I started as a play in college, then I evolved as a guard by learning to shoot from the dribble ”.

Naz and the present

“This is my second season in Italy, it’s nice to be here again – the Greek-Canadian director comments -. Did I arrive late? I never look to the past, only the present matters. I have never played the Euroleague but its level of physicality does not scare me because I have played in different contexts as physical as the university March Madness. I am confident that I will be able to meet expectations, as a player I can adapt to all situations and in any case Messina told me to be myself on the pitch. This game is my life, it absorbs me 24 hours a day. I arrived in Milan at the right time, our claim is “together”. We want to play and win as a team ”. The news continues: tomorrow in the same Milanese location of Technogym Pangos, Tonut and Thomas will be presented. Then it will be the turn of the latest entry Voigtmann.