Oil rose to a maximum in a month 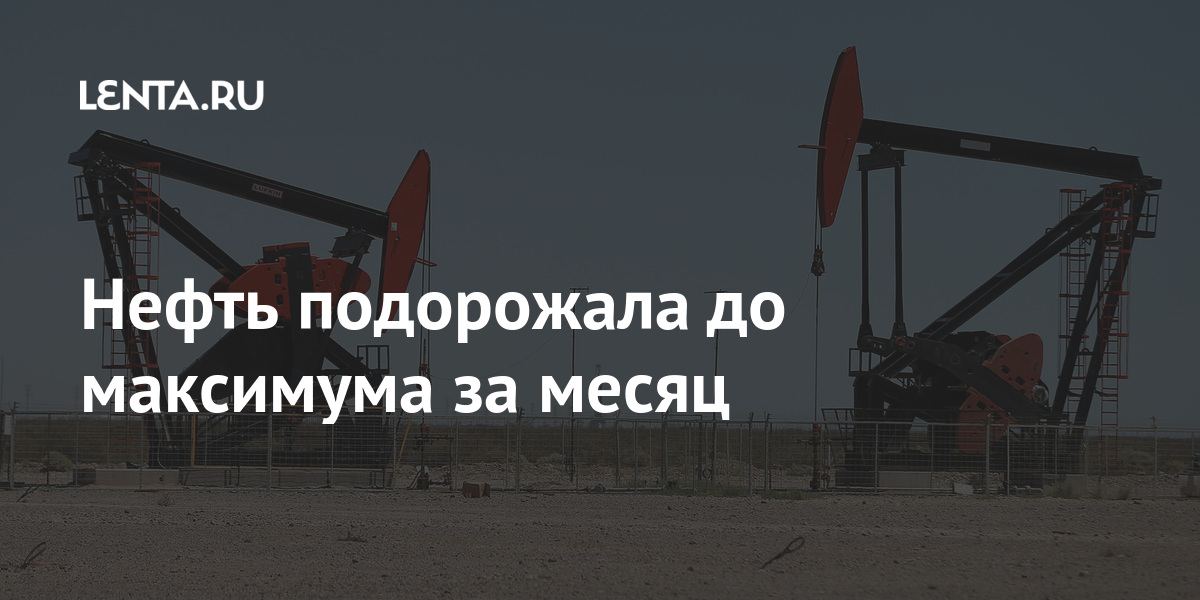 World oil prices rose to their highest values ​​in a month, testify trading data on the London stock exchange ICE. On Tuesday, April 20, the benchmark Brent rose to $ 67.77 per barrel (as of 09:30 Moscow time), while the price of July WTI futures rose to $ 64.06 per barrel.

Prices are rising against the backdrop of the next OPEC + meeting, which may take place on April 28. As it became known earlier, the possibility of holding only a meeting of the monitoring committee, without a general meeting of the organization, is being discussed. Three delegates told to Bloomberg that they do not expect any changes in the planned increase in oil production.

On this day a year ago, the world market faced an unprecedented crisis. During the evening trading session on April 20, 2020, the price of May WTI crude oil futures fell below zero for the first time in history and reached minus $ 40 per barrel. In May, with the entry into force of the new OPEC + agreement and the recovery of demand from China to an almost pre-crisis level, the situation on the oil market began to change in a positive direction.

Now analysts do not see the risk of a repeat of last year’s situation. “A complete lockdown does not threaten the world anymore, and a full-fledged exit from the” pandemic pressure “is possible within the next year, which means that there is no likelihood of a return to the price imbalance described above at least in the next year’s perspective,” he said RIA News Oleg Cherednichenko, associate professor of the Department of Economic Theory of the PRUE named after V. Plekhanov.

Australia receives its first flight from India since the entry ban