Oil production in the United States turned into an environmental disaster 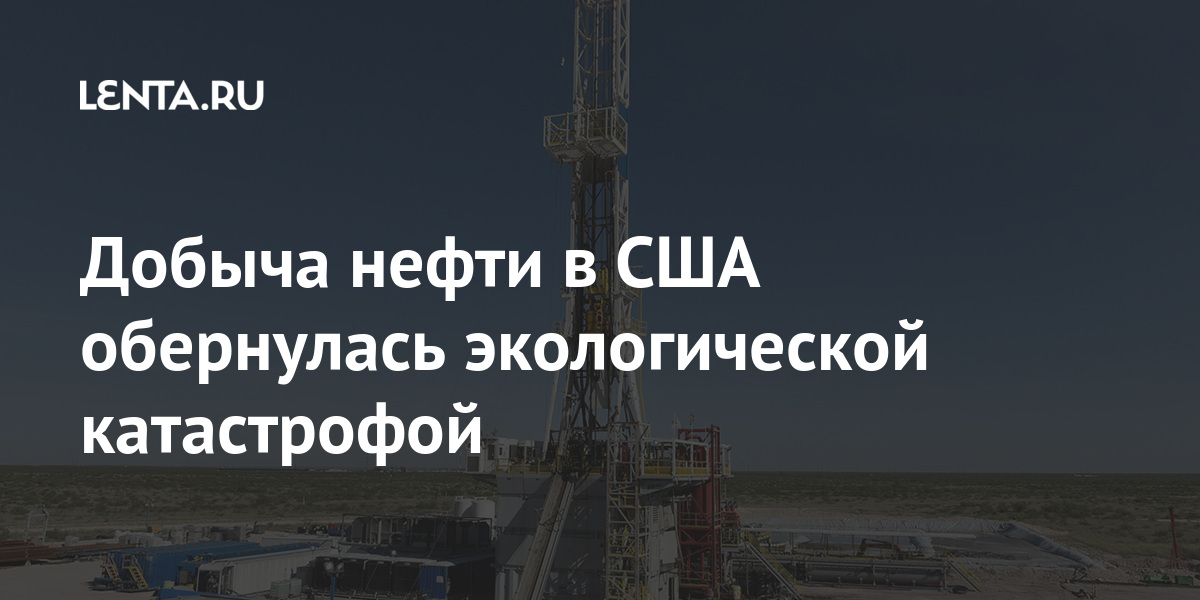 The production of shale oil in the southern states of the United States has turned into an environmental disaster, the elimination of the consequences of which may require hundreds of billions of dollars, writes the Guardian.

We are talking about the Permian Basin – an oil-bearing region located in the states of Texas and New Mexico. It is considered the center of the US oil industry, and has been developing shale deposits there in recent years.

Extraction of shale oil is more expensive compared to classic grades due to the technological complexity of the process. In this regard, business becomes profitable only at high world prices. In such a situation, many producing companies go bankrupt while prices remain low for a long time and actually abandon wells in oil-bearing areas.

According to the law, oil workers must mothball unused wells and derricks so that they do not harm the environment. This is necessary because oil remaining in the wells and associated substances, mainly methane, can seep into the soil. In fact, many companies do not take a responsible approach to canning.

The publication cites the example of the Briggs family of farmers who bought a plot of land with a house in Texas a few years ago. However, the same territory was bought by 7S Oil and Gas. American laws allow you to buy an underground part of a site, even if the above-ground part has an owner. Several years later, 7S Oil and Gas went bankrupt, leaving several dozen wells on the site.

According to experts, they turned out to be poorly preserved, as a result of which oil and associated substances seeped into the surrounding soil. Remediation may require between $ 68 million and $ 117 billion.

Incidence dispute: Bavaria’s schools will soon be closed again – Piazolo has to act before Söder does