Officials: “The Year of Fiftieth” is a celebration of a civilized and humanitarian march 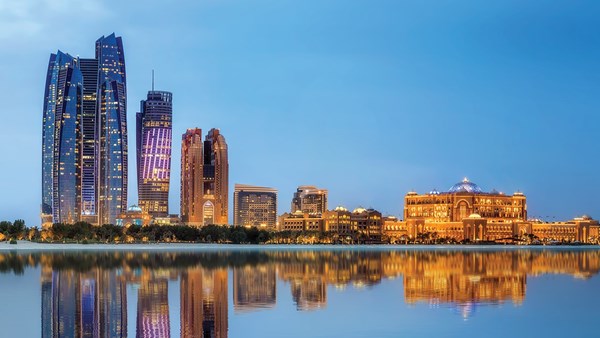 Happinese
Mohamed Mohamed Saleh, Director General of the Federal Electricity and Water Authority, stressed that providing happiness and well-being to citizens, and everyone who resides in the UAE or set foot on its land, is an original approach by the leaders, but rather a fundamental pillar upon which the Union State was built decades ago.
He said: We can all be proud, as sons and daughters of this dear country, of the international standing achieved by the state, and the positions it has reached in this field, including maintaining the first Arab rank in happiness indicators for six consecutive years according to the World Happiness Report issued last year 2020, outperforming that over Many developed countries and economies around the world are certified by the United Nations, which indicates the dedication of the leadership’s dedication to its people and its infinite ability to manage optimal resources for the benefit of the nation and the citizen.
He added: We are inspired by this vision our approach to achieving happiness and improving the quality of life for our customers and our employees alike. We have included customer happiness and employee happiness as our values, and based on these values ​​and other basic values ​​such as high professionalism and teamwork, we proceed with our business and launch our projects and initiatives, bearing in mind our eyes. Achieving customer happiness by saving his time and effort and providing our service in accordance with the highest standards of quality and efficiency.

Meeting point
Younis Haji Al-Khoury, Undersecretary of the Ministry of Finance, said: The announcement of His Highness Sheikh Khalifa bin Zayed Al Nahyan, President of the UAE, “may God protect him” in 2021, “the year of fifty”, represents a milestone in the leadership process that the UAE is witnessing in light of the wisdom and vision of its wise leadership. He added that “the year of fifty” constitutes a meeting point during which the people of the Emirates and all those residing on its good land celebrate five decades of continuous achievements and bright signs in the history of the Union, and draw the features of the bright future for the next five decades, up to the UAE Centennial 2071. He stressed the determination to move forward in the march. Building, development and achievement according to the forward-looking vision set by the founding fathers and sponsored by our wise leadership. We will also continue to work to consolidate the country’s position as a global center for growth, innovation and cultural achievements, so that our beloved emirates are the best countries in the world.

40,000 families with low incomes will save 120 euros per child for school supplies in the Rent