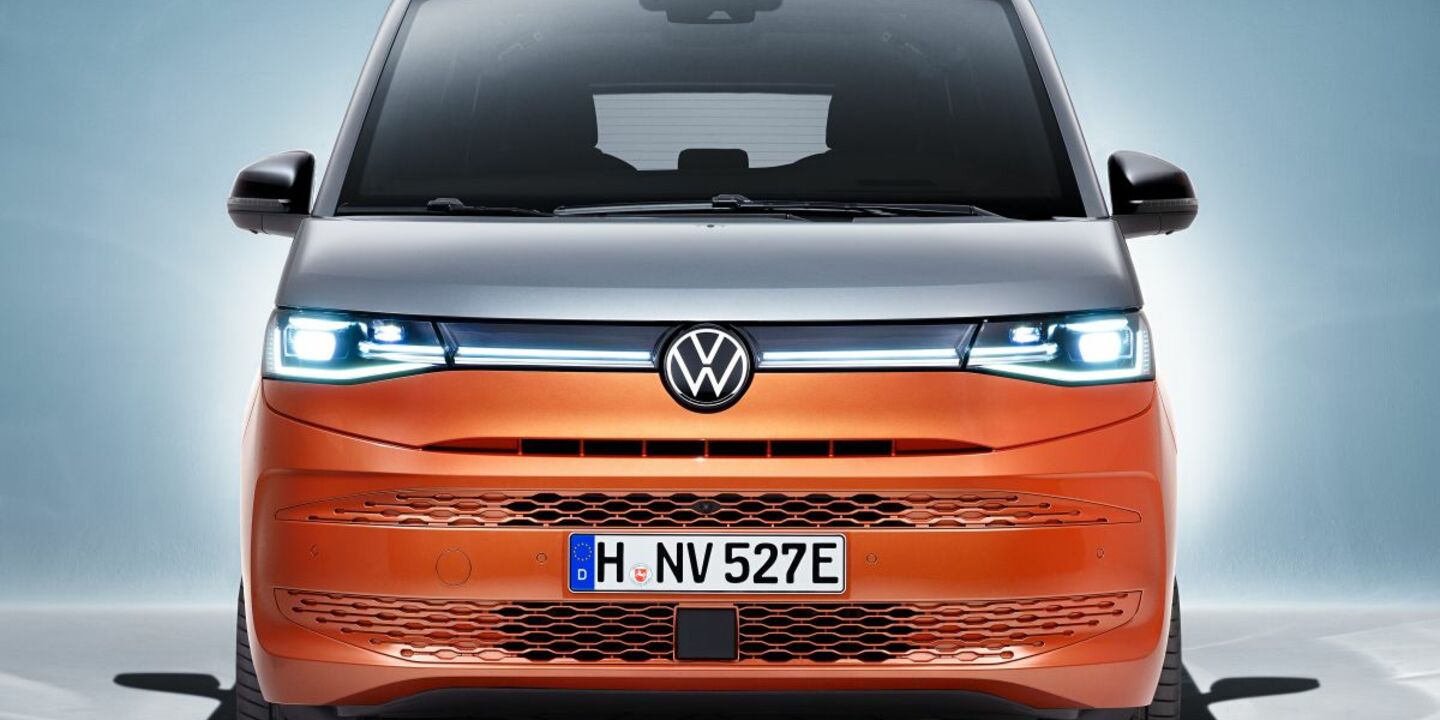 One sees the Volkswagen Multivan as a somewhat large MPV, the other as a more luxuriously packaged van for large families. And that doesn’t change with the T7 generation, which combines its functional body shapes with subtle design references to its iconic predecessors. Compared to the outgoing model, the new Volkswagen Multivan grows in length and width, but not in height. That should make it a little easier to drive into parking garages.

The frillless, but solid-looking interior of the Volkswagen Multivan T7 fits in nicely with the design language of the body. The analog counters of the instrumentation make way for a digital display of 10.25 inches, although the driver can also read the most important data via a head-up display. The MIB3 infotainment is operated via a central 10-inch touchscreen and features the latest multimedia applications. A Harman Kardon audio system with a sound power of 840 W is on the option list.

The Volkswagen Multivan T7 also gets an extended variant with extra centimeters between the axles, increasing the length from 4973 to 5173 mm. Depending on the chosen configuration, you have three rows of seats with seven seats, which you enter through sliding side doors. The second, second and third row seats will see their weight drop from 29 to 23 kilograms, making them easier to remove and move. The table, with cup holders and storage spaces, is now installed on a rail that runs from front to back, so it can be used on any of the three rows.

Of course, the modularity and flexibility of the cabin remain paramount for a vehicle such as the Volkswagen Multivan, which relies primarily on its ease of use and spaciousness. The load volume varies between 469 liters to 3672 liters for the short version and from 762 liters to 4005 liters for the long version. The volume from floor to roof can even reach 4053 liters. New are the panoramic roof and the automatically opening and closing tailgate, if you take the option catalog with it. The side doors also come with a sensor for your feet, so that a knee crank is enough to open them.

Immediately as a hybrid, diesel in 2022

The Volkswagen Multivan is based on the modular MQB platform and debuts with three petrol engines: in addition to the 1.5 TSI of 136 hp and the 2.0 TSI of 154 hp, the T7 also comes as an eHybrid, with the well-known VW group drive unit that is the 1.4 TSI. combines with an electric motor of 116 hp, good for a system power of 218 hp. The battery pack has a capacity of 13 kWh and promises an electric range of approximately 50 kilometers. The 150 hp 2.0 TDI will have to wait until 2022.

The Volkswagen Multivan T7 is a front-wheel drive and shifts via a robotized DSG gearbox with double clutch and seven gears. The plug-in hybrid eHybrid does it with a DSG-6. You no longer switch via a poker, but via the selector switch that we know from, among other things, the Golf. And the classic handbrake lever has been replaced by an electric one.