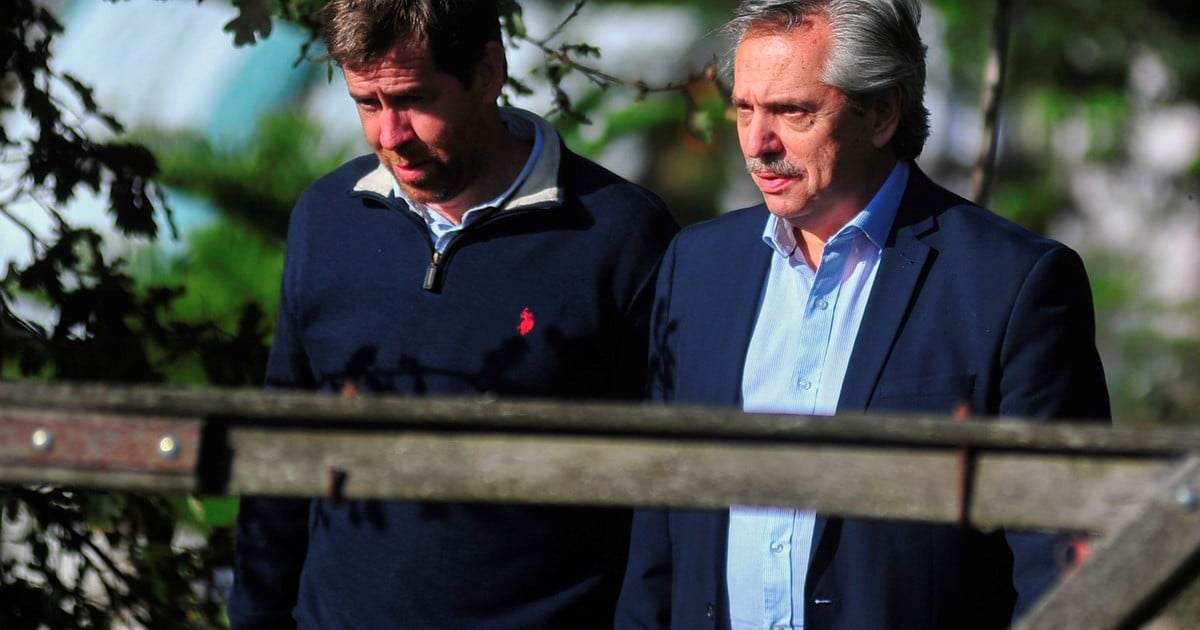 The national government released a statement on Tuesday with its position on the ruling of the Supreme Court of Justice that endorsed the claim of the Buenos Aires government to maintain face-to-face classes despite the Decree of Necessity and Urgency that President Alberto Fernández signed to close the classrooms due to the second wave of the coronavirus.

In an extensive text signed by the Secretary of Communication and Press, Juan Pablo Biondi, the Casa Rosada relativized the ruling of the highest court and he remarked that the DNU is still in force, which suspended attendance, until May 21, in the Metropolitan Area of ​​Buenos Aires and in the regions of Mendoza and Santa Fe.

“The judgment of the Supreme Court of Justice known today did not resolve a particular and concrete case, but makes indicative considerations, since the questioned DNU is no longer in force. The same court admits, as it had already done. made in Agreed 6/2020, that the Judicial Power does not have the necessary instruments to evaluate the suitability of the sanitary and epidemiological indicators and, therefore, the appropriate measures to contain contagions, “the official statement said.

The document includes 20 points, in which it is indicated that the DNU that established the suspension of presence in the classrooms is still in force and in which it is also indicated that “the National government was elected in democratic elections, within the framework of the State of Right, to adopt the measures it considers pertinent to protect public health and people’s lives. “

Before the brief was disseminated, President Alberto Fernández questioned the judgment of the Court by stating: “It saddens me to see the decrepitude of the Law converted into sentences”

1. That the Covid-19 pandemic has already claimed, in the world, more than 3.22 million deaths and more than 154 million infections have been registered. In Argentina there are more than 3 million cases and we must mourn the death of more than 64,800 people.

2. That, all over the world, in the face of the pandemic, the authorities have had to urgently and exceptionally adopt care measures that imply restrictions, including quarantines, limitations on movement and suspension of face-to-face classes 3. That, in the framework of exceptionality that we are experiencing, since 2020 the national government has had to provide essential measures to strengthen the health system -which was strongly weakened- and prepare it to face the pandemic. It has also had to take urgent, extended and anticipatory measures to contain and mitigate infections in order to avoid saturation of the health system with the consequent increase in mortality. All these measures have been complied with by the vast majority of Argentine men and women, who with their effort and commitment have achieved that there should be no regret for consequences even more burdensome than those we are experiencing.

4. That necessary measures of economic and social containment have also been adopted.

5. That, with unusual formal rigor, as if public health and the subjective rights derived from it, such as life, were not at risk, the Supreme Court has held that, by suspending face-to-face classes for fifteen days in the urban conglomerate of the AMBA, the National Government would have been based on “merely conjectural considerations” with insufficient justification.

6. That it is a duty and a central objective of this Government to guarantee the constitutional right to education; and we know, without any doubt, that this right is exercised more fully when it is developed in the face-to-face mode with teachers, children and adolescents in the classrooms.

7. That, at the time the questioned DNU was issued, the AMBA exhibited an exponential growth in infections greater than that of the rest of the country and the health system was heavily stressed, with danger of saturation. That it has also been verified during 2020 that the epidemiological situation of the AMBA extends to the other regions of the country.

8. That, from the epidemiological and health point of view, the AMBA, as an urban agglomerate, constitutes an indispensable unit, and this was recognized by all the authorities during the management of the pandemic during 2020.

9. That, in such a situation, omitting the adoption of appropriate measures, similar to those adopted in other parts of the world that registered a much lower growth in cases than that exhibited by the AMBA, would have meant accepting a risk of irreversible consequences for public health and for people’s lives.

10. That the different jurisdictions were empowered by the DNU then in force to adopt measures in order to mitigate the contagions that were growing exponentially. That the City of Buenos Aires, despite having that power, failed to adopt measures in this regard and the growth of cases in the AMBA generated a situation of epidemiological and health alarm that could lead, in a short time, to the saturation of the health care system. Health.

11. That, faced with such a situation, the National Government adopted, through DNU 241/2021, various measures to slow down the contagion curve and, with it, the crisis in the health system and the increase in mortality.

12. That the National government was elected in democratic elections, within the framework of the rule of law, to adopt the measures it considers pertinent to protect public health and people’s lives, as well as their opportunity, merit and convenience. , in the framework of a pandemic produced by a virus that does not recognize political limits and that last year, from the AMBA, spread to the entire country.

13. That the measures adopted in the aforementioned decree were complied with by the majority of Argentines and Argentines, and also by the citizens of the Autonomous City of Buenos Aires, despite the fact that the GCBA ignored and breached, in part, the norm issued federal.

14. That the usefulness of the measures adopted by the National Government through DNU 241/2021 was verified with the decrease in the contagion curve in the AMBA, and this decrease is more marked in the province of Buenos Aires. On the other hand, it is counter-factual and it cannot be verified what would have happened if the National Government had not adopted measures in time, given the passivity of the GCBA.

15. That the GCBA has also demonstrated that it has verified and understood, at least in part, the usefulness of the measures provided, in response to the latest provisions that it implemented and that imply a reduction in attendance in educational activity and therefore , of movement of people, in the framework of the second wave of Covid-19.

16. That the judgment of the Supreme Court of Justice known today did not resolve a particular and concrete case, but makes indicative considerations, since the questioned DNU is no longer in force. The same court admits, as it had already done in Agreed 6/2020, that the Judiciary does not have the necessary instruments to assess the suitability of the sanitary and epidemiological indicators and, therefore, the appropriate measures to contain contagions. .

18. That said DNU clearly explains the reasons why the measures set forth there are adopted and is fully in force. It is a federal rule that has not been judicially challenged by the GCBA.

19. That the national Government has communicated that, in the coming days, it will send to the National Congress, for its consideration, a framework law to regulate the management of this very serious pandemic by the National Government, the provinces and the Autonomous City of Buenos Aires.

20. That the national government always, and also now, works prioritizing the health and life of Argentines. With that conviction, he will continue working to bring vaccines and vaccinate the inhabitants of our country, to take care of public health and life, preserving the economy. With these objectives, he urges all people to redouble their efforts to comply with the measures of care and containment of contagions. Our purpose is that we can return, as soon as possible, to live as normally as possible, fully developing the activities that today are temporarily restricted by the pandemic. It is what we most long for and for which we work every day.

The Supreme Court ruling and the class dispute

The Court ruled in favor of the Government of the City of Buenos Aires (GCBA) and endorsed its “autonomy” in the lawsuit against the DNU that ordered the suspension of face-to-face classes at the AMBA.

In its resolution, the highest court concluded that article 2 of DNU 241/21 “violated the autonomy of the city”.

“It corresponds to the Autonomous City of Buenos Aires -as well as to the provinces- the power to decide on the ways to promote and ensure the education of its inhabitants,” stated the ruling signed unanimously but with different arguments.

Last Saturday, the Executive issued a new DNU, the 287/2021, which established, among other measures aimed at reducing coronavirus infections, the teaching of classes “exclusively at a distance” in all educational levels until May 21 in those areas in “epidemiological and health alert“, as is the case of the AMBA, which includes the city of Buenos Aires and the municipalities of the suburbs.

The Government of the city of Buenos Aires, for its part, had appeared last April 16 before the Supreme Court to promote a “declaratory action of unconstitutional” against the National Executive for considering that DNU 241/2021 had been issued ” unnecessarily “and that what had been provided for in that rule” should have been done with the intervention of the National Congress.

Spaniards trust to travel this summer in their car

Who is Ibai Llanos, the streamer who interviews world football stars and was criticized by Gustavo López