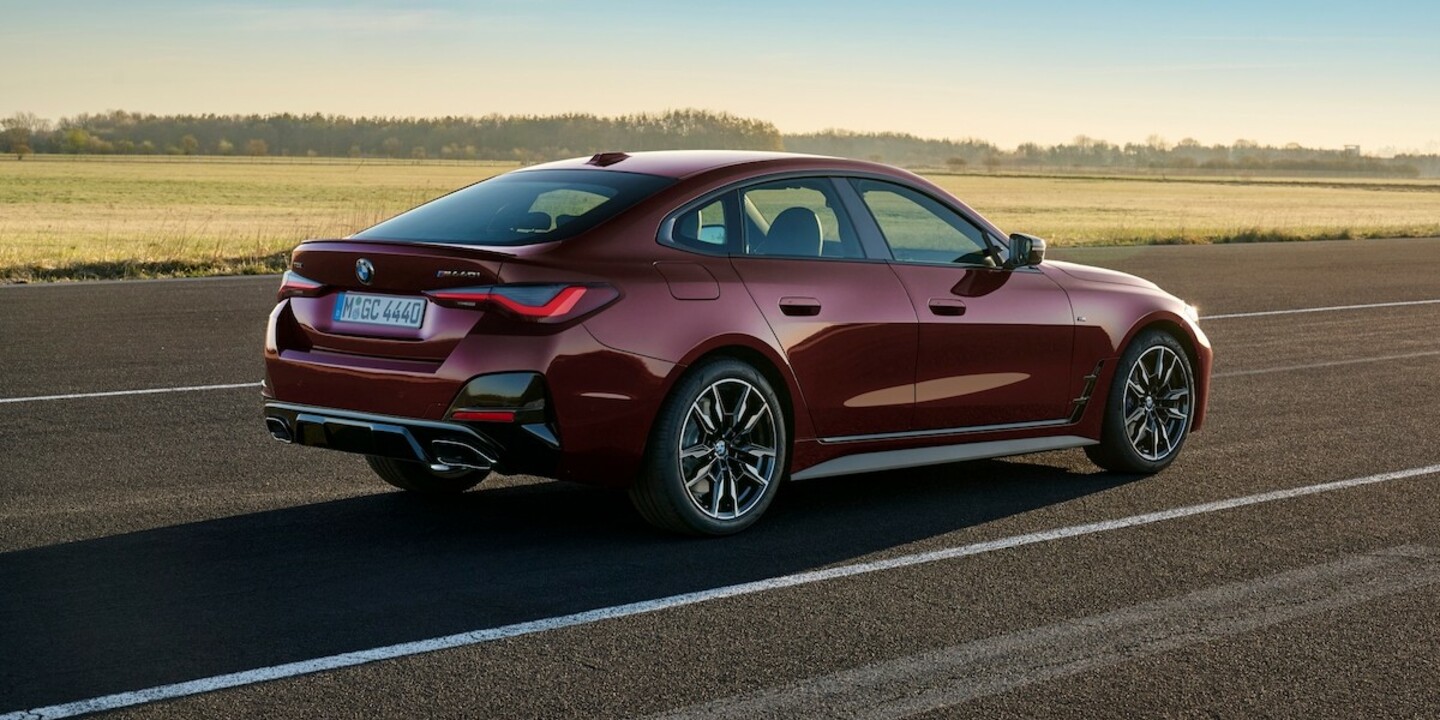 You think the BMW i4 has something, but you are not yet ready for a 100% electric car. Don’t worry, because the BMW 4 Series Gran Coupé will soon also be available with conventional petrol and diesel engines. The concept is well known: the technical basis is that of the BMW 3 Series, but the design is closer to the 4 Coupé and the 4 Convertible. First of all, we’re talking about that gigantic grille, indeed.

The differences between the BMW 4 Gran Coupé and the electric i4 remain limited. The typical design accents of the i-models have disappeared, replaced by some extra sporty touches. Noteworthy: 4 Gran Coupé variants with petrol and diesel engines do not have the same interior with the large screen for the instruments and infotainment as the electric i4. BMW clearly wanted to make a distinction there, the models with the classic combustion engines are of course entitled to the same dashboard and the same center console as both the 3 saloon and Touring and the 4 Coupé and Cabrio.

Four variants of the new BMW 4 Gran Coupé have already been announced. To start with the petrol one: the 420i has a 2 liter of 184 hp and the 430i an equally large four-cylinder with 245 hp. BMW promises times of 7.9 and 6.2 seconds for the still fun sprints from 0 to 100 km/h. The top model will be the M440i xDrive, which will get a 3 liter six-cylinder engine with no less than 374 hp. It is a so-called mild hybrid, electrical power provides a surplus of another 11 horses if desired. Good for a sprint to 100 km/h in just 4.7 seconds.

Diesel is also still possible, with a 420d of 190 hp and a choice of rear and xDrive four-wheel drive. All models come with a Steptronic eight-speed automatic transmission, the M440i has a Sport variant adapted to its extra capabilities, an M Sport differential with electronically controlled and fully variable rear locking function and of course also a suspension and steering and brakes designed for the higher performance. . He also gets (standard) 18-inch wheels, for the other variants there are 17 inches.

That M440i would remain the top version, because there is as yet no question of a BMW M4 Gran Coupé. Although you never know, because soon the range will also include an M3 Touring. Although the technical basis lends itself to a plug-in hybrid variant, the announced range does not have a 420e nor 430e. Perhaps in order not to make the internal competition with the 100% electric BMW i4 unnecessarily difficult.

Belgian deliveries of the new BMW 4 Series Gran Coupé are scheduled for November 2021.

Zverev finally has success in Cincinnati, Halep pulls out with injury | Tennis