Offended employees began to flee from the European bank 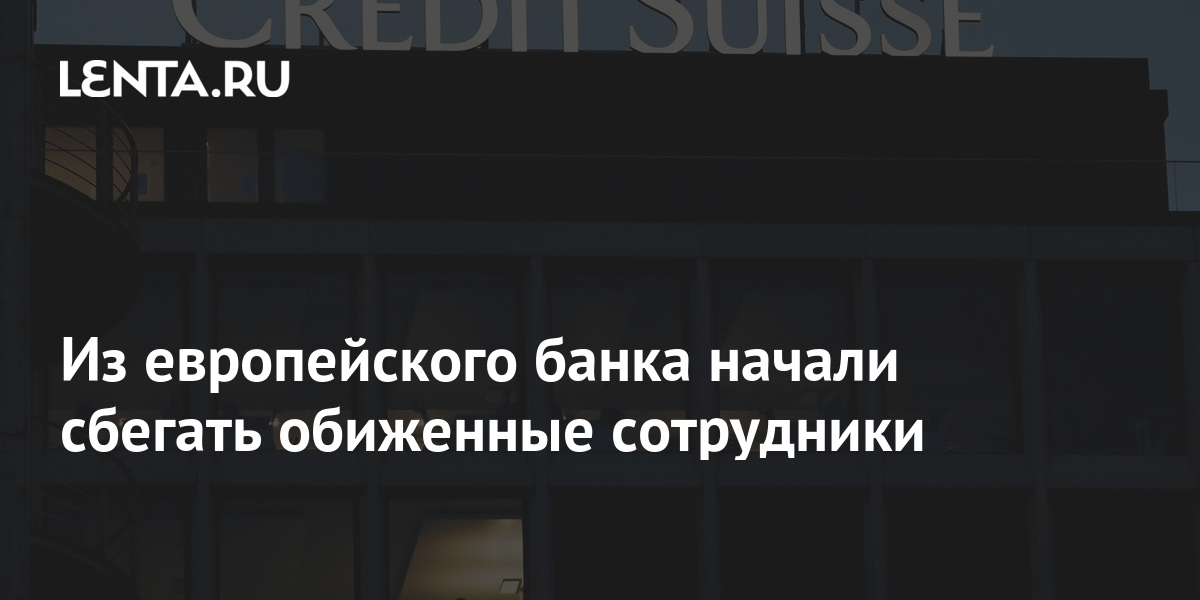 Employees began to flee from the Middle East and African branches of the European bank Credit Suisse. writes Bloomberg. As one of the reasons, analysts point to resentment at the style of behavior of the head of the office in the Middle East, Bruno Deer.

At least five senior and 20 junior employees have resigned from the Middle East branch of Credit Suisse since the beginning of 2019, according to the publication. As a result, Deer, known for his expressive and often unethical demeanor towards interlocutors, had to apologize for his words for the first time in a long time.

The reason for this was his statement that a gun should be put to the heads of some employees if they did not correct the performance indicators. At the next meeting, Deer apologized for the poorly chosen words and explained that he often likes to use metaphors.

Market participants note that it was Deer’s style of communication that helped in many ways to build a successful business with annual revenues of 75 billion Swiss francs (82 billion dollars), as well as to form a team of reliable and qualified professionals-like-minded, many of whom followed the boss from his previous places of work – from the American investment bank Merrill Lynch.

However, the dissatisfaction of individual subordinates, coupled with the strategic failures of the bank (one of them – the scandal around the bankrupt hedge fund Archegos Capital) made senior management think about replacing Deer. So far, no personnel decisions have been made.