Of crimes against humanity ‘and’ war crimes’ 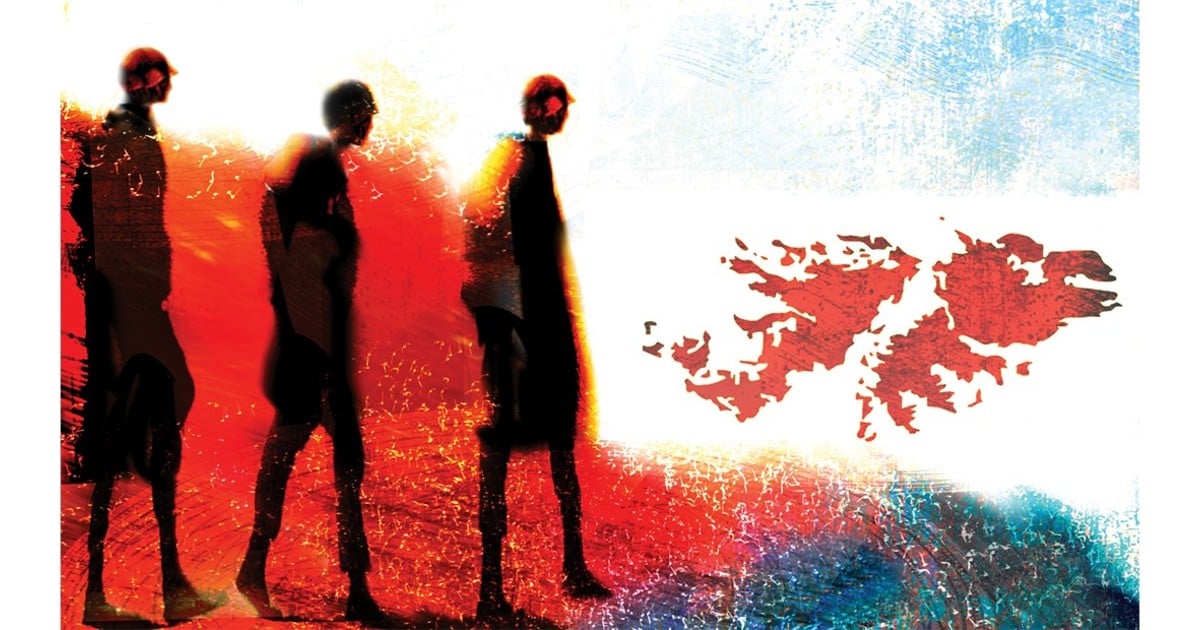 I write in reference to the article: “In Malvinas there were no war crimes”, it was published in your newspaper, signed by Lieutenant General (R) “VGM” Martín Balza, published on Thursday, May 20, 2021.

In the aforementioned article, in my modest understanding, two legal concepts are confused and intermixed, that of “crimes against humanity” with that of “war crimes”, given that although the former did not exist in the Malvinas, the former did take place. seconds, by British personnel. And as an example of this I comment on my personal experience, which is extensively recounted both on the page “Wikipedia, the free encyclopedia”, in its title “The Battle of the Goose Meadow”, in the subtitle “Consequences”, section “Explosion of ammunition ”, as well as in the first and second edition of the book“ The Battle of La Pradera del Ganso ”by researcher Oscar Teves.

It is also worth adding the book by the very chief of the 12th Infantry Regiment, Lieutenant Colonel Ítalo Piaggi, entitled “Green Goose”, in which he also published the Historical Act, where the very serious incident of war was recorded, a few moments after it occurred, endorsed by five officers of the Argentine Armed Forces, witnesses of the events.

In the different areas mentioned, the details of the tremendous explosion that took place on June 1, 1982, after a platoon of prisoners of war, led by me, as Infantry Second Lieutenant of the Regiment, are expressed in great detail. of Infantry 12, we were forced by English troops to carry out a transfer of ammunition and explosives, whose instability conditions were previously verified and warned, in due time and form, by two officers, the then Infantry Second Lieutenant Gómez Centurión and the undersigned. The powerful explosion caused the death of three of my soldiers, José Ramón Ferrau, Víctor Rodríguez and Rafael Barrios, one of them finished off on the ground by a British guard. Likewise, ten of us were wounded of varying degrees.

The foregoing debunks the following assertion of General Balza, when he says in his article: “… I would like to recall that in the Malvinas, Argentines and British people we observe the norms prescribed in the Uses and Laws of War. It was fought without hatred and with remarkable respect for the dignity of the opponent. I personally know that the civilian population and prisoners of war were fully respected … “

Without an agreement by Justice, a dialogue is impossible

It is possible that all the issues on which there is disagreement between the government and the opposition can be debated and even agreed, except for one: corruption. The exclusive precondition of one of the confronted aspects is that the Justice does not intervene to resolve the accusations about corruption. It requires the application of the doctrine of “lawfare” to achieve immunity for all those accused of embezzlement of state money. Even those already convicted even by the Supreme Court. In this way, the defendants would obtain a bill of indemnity, without the need to provide evidence and testimonies that contradict the evidence and testimonies that act in the proceedings against them. In other words, they would become independent of the judicial control to which the acts of government are subject, according to our Constitution.

In all democratic countries this collision is resolved by appointing impartial judges for such trials. The guarantee of impartiality is generally granted by the appointment of judges by a special majority of two-thirds of the votes in the legislative chambers.

This is what is currently under discussion between the government and the opposition. Without an agreement on this issue, the indispensable dialogue will be impossible and we will deepen our current decline.

Criticize a project of Governor Kicillof

Buenos Aires, the largest province in Argentina, has notorious deficiencies in terms of sewers, running water, housing, security, education and others that it would be long and tedious to list that have been dragging on for decades. It concentrates the largest number of poor, indigent and unemployed in our nation and an enlightened person thinks of building in almost all its localities branches of the government for multimillion dollar values. I don’t know what brilliant mind could conceive of such nonsense.

Obviously some of our leaders do not understand what is the order of priorities of investments, as well as some other provinces suffering from similar shortcomings that have built stadiums and racetracks as a sample of the greatest possible blunders.

The management of the pandemic: the Government “tires and annoys”

Before the return to face-to-face classes days ago in the City of Buenos Aires, Córdoba and Mendoza, President Alberto Fernández stated – once again – that it was irresponsible: “They are playing with fire and the fire is going to burn people.” .

Attributing to third parties the blame for the lack of control of the pandemic is a child resource permanently used by the “government of scientists” to try to hide its own ineptitude and negligence, which tires for its naivety and annoyance for lies. At this point it is very difficult to deceive people, when it is known that many countries have already immunized almost half of their population with two vaccines and we are only going for 6%, having rejected -as is public and well-known- the reception of millions of vaccines, for reasons not yet clarified.

Ricardo E. Frías ricardoefrias@gmail.com Subsidies to Aerolineas and the health of Argentines We learned that Aerolineas Argentinas received 705 million dollars last year as contributions from the Government to cover its deficit. With that same money, we could have bought Pfizer vaccines for all the inhabitants of the country, paying in advance and without being asked for improper guarantees as expressed by Ginés González García and Alberto Fernández.

We just have to set what the priorities are and apparently, the health of the Argentines is not.

Wondering what kind of family rulers have

The word “family” contains several linguistic variants, religious, legal, corporate families, and so on. But the definition of corporate family group par excellence, the RAE defines it as follows: “It is made up of a group of people related to each other, made up of a couple who normally live together and united by legal-religious ties. That they have a life project in common, and children if they had them ”. But Tolstoy, in Ana Karenina, delves into the meaning, defining himself better than anyone in his complement: “All happy families resemble each other; the unhappy women are each one in their own way ”.

I wonder what kind of family our rulers have. What kind of ideological-moral-ethical and religious pattern do they instill in their children in order to project them into the future? How are their respective families made up? If we look for the kit of the problem that afflicts us, we would not be very wrong in specifying them.