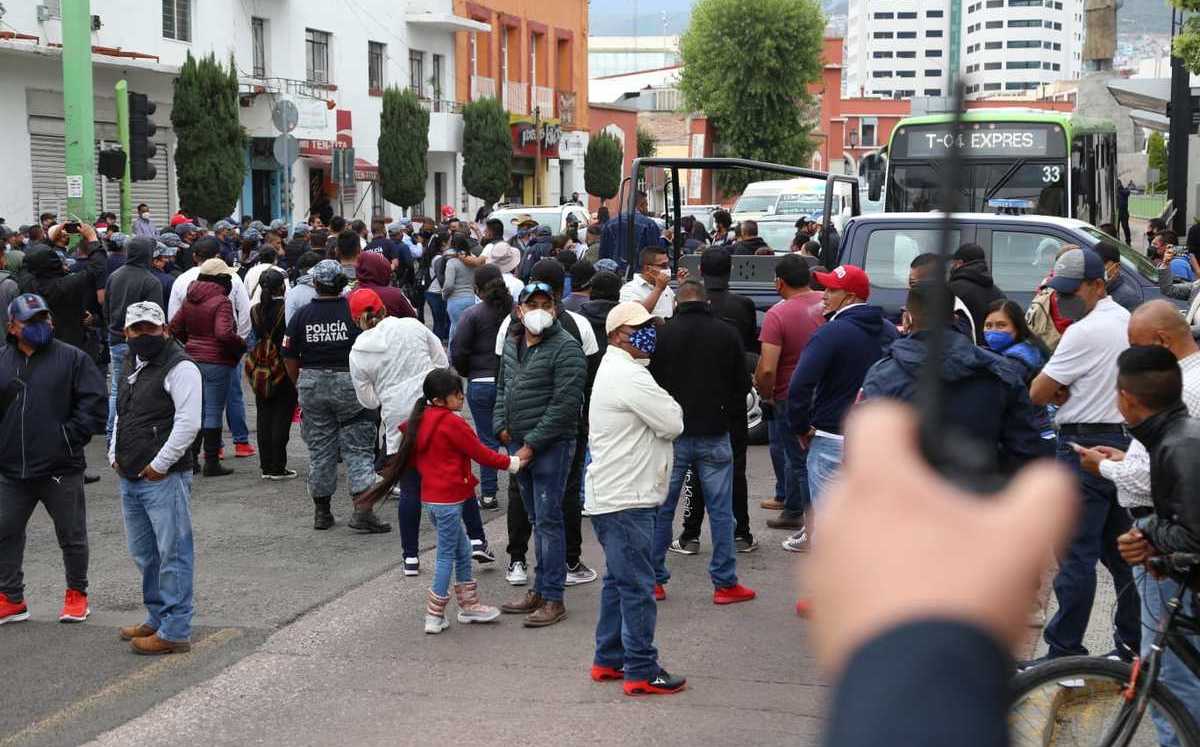 Traders established in public markets closed their businesses and marched to demand the resignation of the municipal president of the city of Oaxaca, Oswaldo García Jarquín, as they maintain that he allowed the invasion of streets by mobile businesses.

The leaders of the traditional markets disapproved of the policy applied by the city council to reorder informal trade, because they assure that far from discouraging and regularizing it, disorder and anarchy have been caused to the extent that street stalls have been installed everywhere, affecting areas of tourist attraction and protected areas.

The representative of traditional markets, Rogelio Ramírez, argues that in addition to representing unfair competition, the city is at risk of losing its heritage city certificate due to the presence of informal commerce, in addition to the fact that it generates insecurity and garbage problems.

Merchants They called for the immediate intervention of the federal and state authorities in the conflict, because the mayor has shown that the problem exceeds him.

The merchants protested with a march and a rally in the town hall square, where the municipal president, Osvaldo García, refused to receive them in audience.

Meanwhile, the historic center and eight blocks around They are kept under surveillance by the Municipal Police to avoid the return of street vendors to the area.

Some 1,200 street stalls are cordoning off the streets surrounding the town hall, alleging that it has sales permits issued by the municipality and requires its regularization, in addition toThey accuse municipal government officials of committing acts of corruption for the illegal sale of vintage spaces.