Nvidia: Part of the Omniverse presentation with the CEO in the kitchen was a CG fake 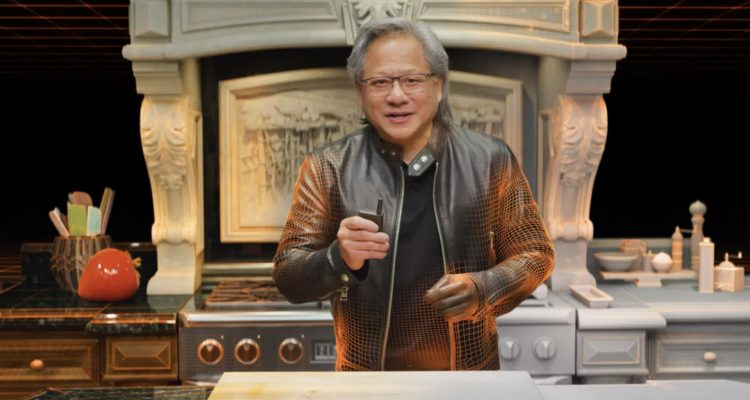 Remember the presentation of the system Nvidia Omniverse last April with company CEO Jensen Huang in the kitchen? Well, part of that event was basically a fake built in computer graphics.

The question was unveiled only recently, during an Nvidia panel for the Siggraph 2021, demonstrating how the experiment is perfectly successful, since no one seems to have noticed. As the video above, part of the event was built in computer graphics.

It was a great way to demonstrate the capabilities of the tools Omniverse for the construction of virtual environments in 3D: using this Nvidia software and hardware, the technicians built digital copies in computer graphics of both Jensen Huang and the surrounding kitchen, inserting them into the presentation.

CGI versions are visible for only 14 seconds during the presentation, but included in the keynote, they were not noticed precisely for the excellent quality of the video reconstruction in 3D, demonstrating the functioning of the technology used.

In practice, it is as if it were the realization of the bizarre theory that had emerged last year for the presentation of PS5, which according to some users contained presenters and guests in CG, only that this question was denied by Sony, while in this case it’s all true and no one seems to have noticed.

If nothing else, it’s a very effective way to directly show Nvidia Omniverse results and the technologies of the company, which also led CEO Jensen Huang to receive the prestigious Robert N. Noyce Award from the SIA.