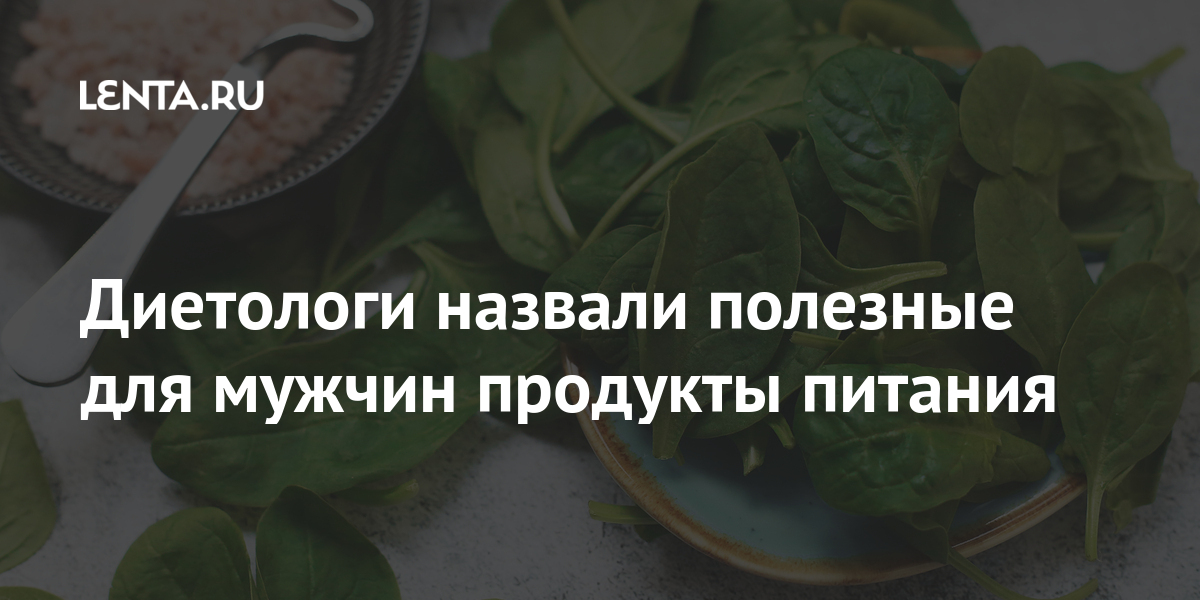 American nutritionists have named foods that are especially beneficial for men. This is reported by the publication Eat This, Not That!

Nutritionist Keri Gans believes that almonds should be included in the men’s diet. “It’s a great source of magnesium,” she says. – And according to preliminary research data, men with a lack of magnesium have low testosterone levels. Magnesium is important for heart and blood vessel health, helps maintain normal muscle and nerve function, and helps your cells produce energy. ”

Nutritionist Amy Shapiro advises men to eat foods rich in lycopene, such as tomatoes. The antioxidant helps prevent prostate cancer, a disease that affects one in nine men, she said.

According to nutritionist Christy Brissette, obese people are more likely to have prostate cancer. To avoid overweight problems, she recommends eating more vegetables and fruits – in particular, blueberries. “There are only 80 kilocalories in a glass of blueberries, which is a good source of dietary plant fiber (3.6 grams per glass) and vitamin C (3.9 milligrams per glass),” the expert says.

Nutritionists Lyssie Lakatos and Tammy Lakatos Shames recommend that men consume sardines more often instead of the more harmful steaks and bacon. “Sardines are rich in protein and are one of the best sources of omega-3 fats, which are anti-inflammatory and lower the risk of chronic diseases, including heart disease and associated risk factors such as lower triglycerides and blood pressure or the formation of atherosclerotic plaques in arteries, ”they say.

Earlier it was reported that American nutritionists Vanessa Risseto and Tamar Samuels debunked popular misconceptions about healthy eating. In their opinion, it makes no sense to replace sugar with honey and give preference to food without fat. Drinking eight glasses of water a day and the heart health benefits of red wine have also proven to be myths.