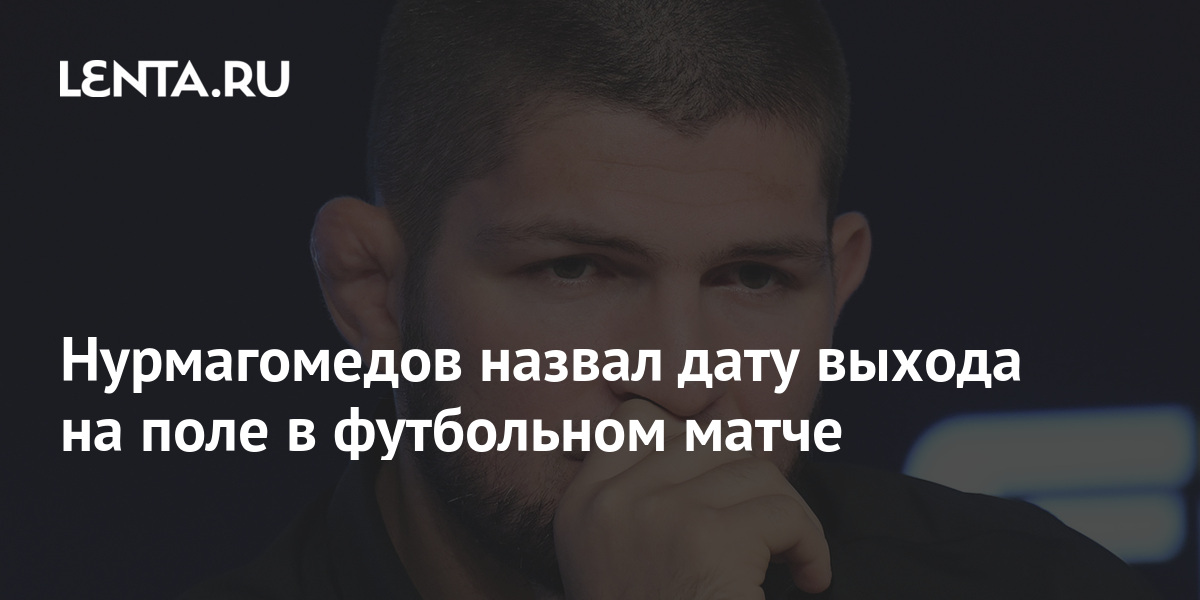 Russian mixed style fighter (MMA) Khabib Nurmagomedov announced that he will play at a charity football tournament. He reported this TASS…

The 32-year-old athlete, known for his performances in the Ultimate Fighting Championship (UFC), stressed that he has no plans in professional football. However, Nurmagomedov announced that he would take to the field as part of the Legends Cup charity tournament in Moscow.

The Russian named the date of his appearance on the football field – September 11. The UFC star noted that he is interested in playing with eminent veterans.

The Legends Cup will be held at the Megasport Sports Palace. Tournament matches will be held on September 10 and 11.

On August 18, Nurmagomedov announced that he was not making plans for a professional football career. However, the athlete maintains relations with the leadership of the Makhachkala “Legion-Dynamo”, which plays in the Professional Football League (PFL).

Nurmagomedov left MMA as an undefeated fighter. On account of his 29 victories in 29 fights. He defended his UFC lightweight title three times.