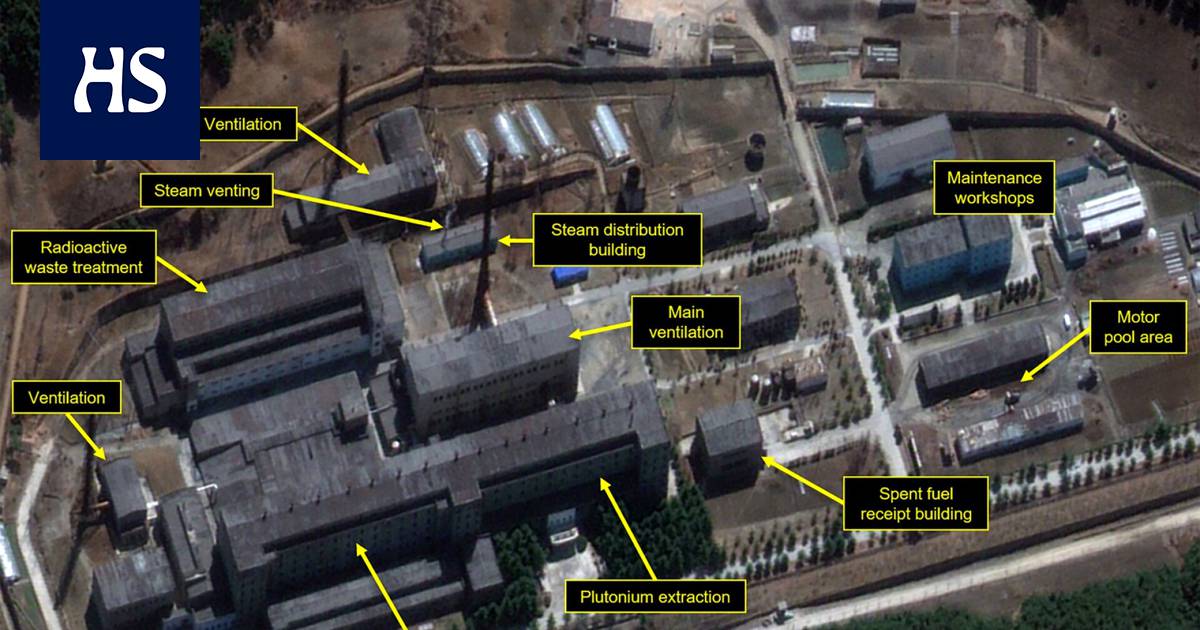 The organization has not been able to monitor North Korea since 2009, so the suspicions are mostly based on satellite imagery.

UN The North American Nuclear Regulatory Authority has seen indications in North Korea of ​​possible further refining where plutonium is separated from spent reactor fuel. The further processed product could be used in nuclear weapons.

The director of the International Atomic Energy Agency (IAEA) reported on the matter on Monday, and the statements were reported by the news agency Reuters.

The organization has not had access to North Korea since 2009, when the state expelled observers from its territory. After that, the country continued to promote its nuclear weapons program and soon began nuclear testing. North Korea last blew up a nuclear weapon in 2017.

IAEA manager Rafael Grossi told the organization ‘s board of directors in connection with the quarterly report that the steam plant serving the Pyongyang downstream processing laboratory is still steaming.

“The steam power plant serving the radiochemistry laboratory has continued to operate since my March statement,” Grossi said in his speech.

“The length of the operation is consistent with the radiochemistry laboratory post-treatment project. However, it is not possible to confirm that post-processing will take place. “

North Korea There have been no indications of activity in the main reactor at the Yongbyon plant in the last three months. It is widely believed to have produced plutonium for weapons purposes. The IAEA has previously estimated that the facility has been closed since December 2018.

The enrichment plant in Yongbyon has not been found to be operational either.

However, Grossi added that there are constant indications of activity at the Kangson plant outside Pyongyang. It has drawn attention as a potential site of enrichment.