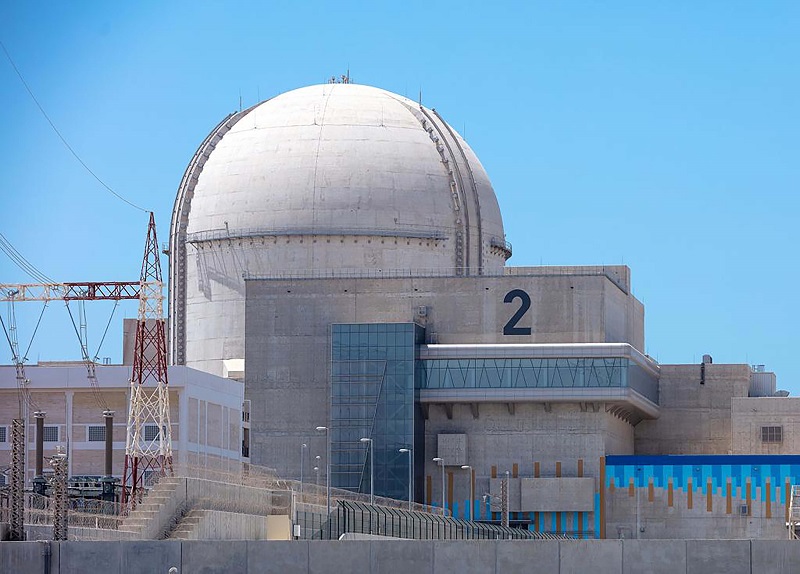 Since issuing the operating license last March for the second unit at the Barakah Nuclear Power Plant, the Federal Authority for Nuclear Regulation has continued its supervisory tasks in the fuel loading phase and the various tests conducted to reach the normal operating phase, which is one of the important stages in the nuclear power plant in which the nuclear fission process begins. For power generation, or what is known as “forest”.

The Authority confirms the commitment of Nawah Energy Company, the operator, to all regulatory requirements to start this important stage.. This achievement comes as a result of the Authority’s extensive monitoring activities, including continuous inspection to ensure the safety and security of the nuclear power plant.

It is noteworthy that following the issuance of the operating license by the authority and reaching the stage of the normal (forest) operation, the authority carried out a set of supervisory activities, which included inspection through its inspectors residing at the station and sending more inspectors to follow up on the loading of nuclear fuel and the various stages of testing.

The authority continuously checks the level of readiness and preparedness for emergencies, as well as following up on the environment through independent monitoring stations located around the station while using its environmental laboratory.

The normal (forest) stage of operation represents a historic achievement in the progress of the Emirates Nuclear Energy Program, which will contribute to achieving the commercial operation of the second unit.

Since its establishment in 2009, FANR has issued regulations and guidelines and carried out rigorous inspections and reviews that have contributed to reaching this important stage in the history of the region’s first nuclear power plant in order to ensure its safety and security.

Following this stage, the authority will continue its monitoring, inspection and other following stages, which include the beginning of the plant’s generation of electricity, then full commercial operation in order to ensure the security and safety of the plant within the framework of the authority’s tasks to protect society, workers and the environment.

10 world-class specialized hospitals in the Emirates to confront “Corona”

DS Automobiles is in a hurry, electric in three years