Now Spain respects us: “Other than a bolt, they look like Guardiola’s Barça” 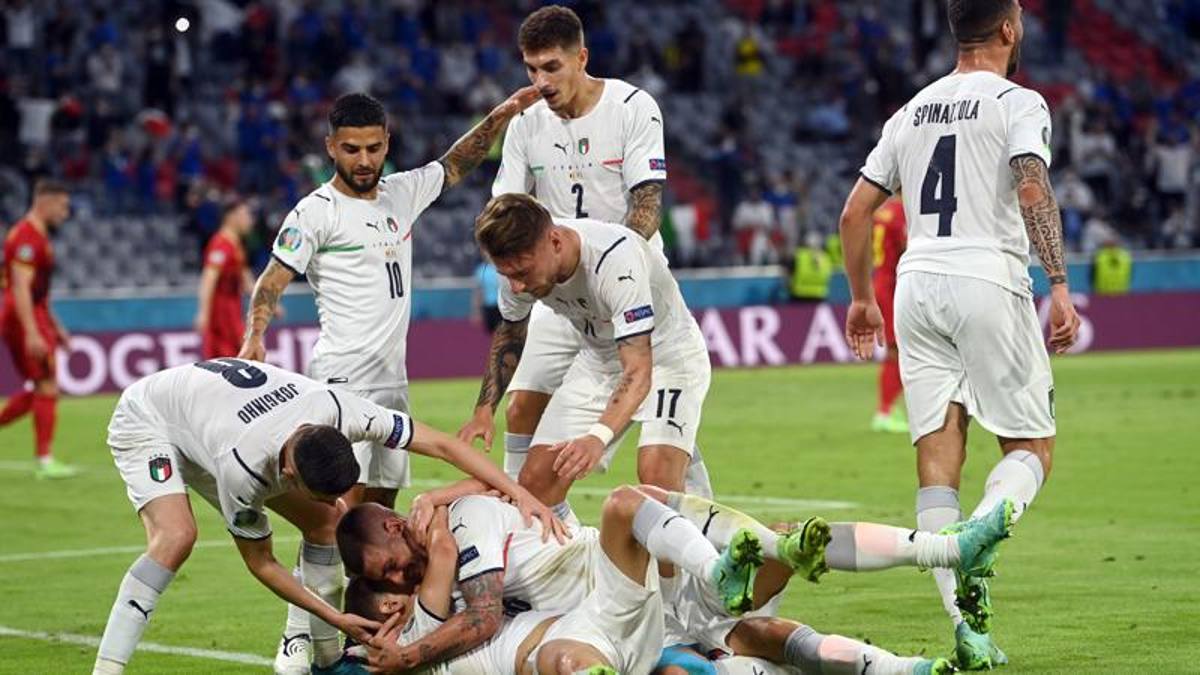 In the Iberian newspapers the trio Barella-Jorginho-Verratti compared to that of the Blaugrana Xavi-Busquets-Iniesta. A challenge in the memory of the Carrà. With envy for a hymn … with words

From our correspondent Filippo Maria Ricci

For us it was la Carrà, for them it was Raffaella. And in the name of Raffaella Carrà tonight at Wembley this umpteenth challenge between Italy and Spain will be played, the number 38, to be mixed up: at the moment we have 11 wins each, in addition to 15 draws, in the goals we are ahead 43 to 40. For Raffaella Spaniards were crazy, for her even the doubles were not wrong, here a real Achilles heel when it comes to Italy, between “Azurra” (the national team), “Gatusso” (symbol of our football that was, at least for how they saw us here) and “Tasotti”, of course. Spain’s most hated elbow.

When Raffaella arrived in Madrid in the 70s she spoke “Italian”, and here they immediately adored her. Yesterday there was a message of condolence from Prime Minister Pedro Sanchez, heartfelt words, not of circumstance. Today political newspapers are full of wonderful and touching memories, Marca paid tribute to our artist who feel very much about them with a wonderful front page that embraces football and the party represented by Raffaella. There is no doubt, it is his match.

“More tuca tuca, less tiki taka” our colleague from Corriere della Sera Paolo Tomaselli wrote yesterday, and so we hope it will be tonight. Although Spain suddenly paints us with laudatory football terms, after looking at us with envious disdain for years. “El triunfo de la nada” bitterly titled Santiago Segurola on El Pais when we won the World Cup in 2006. “The current Italian national team surprised me positively” writes today in the same newspaper Vicente Del Bosque in a comment entitled “The legacy of Sacchi and Capello “. Great praise for the game, after those to the country made yesterday by Luis Enrique: “I’m just happy to play against the national team of a country that I like very much and that I try to visit whenever I can. I love Italy, I like Rome, an incredible city in which I could only live for a year, but where I had a wonderful experience. I love everything about Italy: food, people, coffee, ice cream, Rome, football. For me it is always a pleasure to play against Italy ”.

Still on the Pais, the inspired singer of Barça di Guardiola, Ramon Besa, goes further: he remembers Zeman’s Pescara citing our trio Verratti-Insigne-Immobile and of the former he says that “It is as important for them as it is for us Busquets . Verratti is a reliable, technical and competitive midfielder, far from the defensive image that in some football environments continues to be attached to Italy. Mancini’s trio of means, Barella-Jorginho-Verratti, carries with it a similarity with the one formed by Xavi-Busquets-Iniesta in Guardiola’s Barcelona ”. Important words, not praise thrown at random. As for Raffaella.

the fight for the ball

Pedri, Azpilicueta, Marcos Senna, Luis Enrique himself, all repeat that tonight’s game will be decided in the middle of the field, who will win whoever takes home the ball, which Italy today wants like Spain. Surprise. “Who takes it?” Marca asks himself on a page that has the competition ball in the middle and in which three duels are analyzed: Busquets-Verratti, Pedri-Barella and Koke-Jorginho. “Spain and Italy meet when they are more similar” they say on the Mundo in an article whose title “Pull up from the ashes”, refers to both teams, “Born from the massacre following the triumphs of 2006 and 2010. The two teams do not have a great star, and they are not mostly made up of people who play in the big clubs of the two leagues ”. And then: “Mancini’s team is an example of the stylistic change in football”, understood as Italian football, which is referred to here only with the first word, in capital letters. Change that on the Mundo is sealed in another article entitled in quotes “We are Spain”, a phrase inspired by the piece by Fabio Licari that appeared yesterday in the Gazzetta in which our change of style was analyzed.

the hymn without words

And in short, we have earned great respect not with the weapons that have always recognized and envied us here: competitive gene, individual talent, cunning and malice, team spirit, national unity expressed by that hymn sung at the top of our lungs that here every time they see it interpreted by Capo Chiello and his band feel small and small and remember with pain the fact that their hymn has no words and more than ‘lolololo’ cannot be sung. No, we earned respect by going to get the ball, treating it well, taking care of it, almost spoiling it. Spain is surprised by Italy, tonight we will have to complete the work.