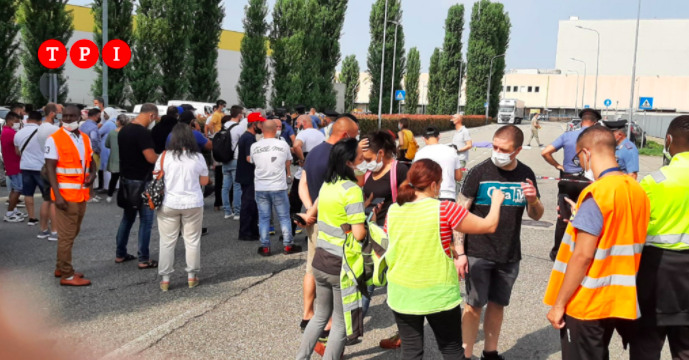 A 37-year-old coordinator and syndicalist of Si Cobas died this morning hit by a truck in front of the gates of Lidl in Biandrate, a few kilometers from Novara. According to the first reconstructions of the facts, the heavy vehicle after having hit the man, would have gone away without providing assistance. The trade unionist by name Adil Belakdim he was rescued by a 118 crew but there was nothing to be done.

The truck driver who, driving his heavy vehicle, hit and killed the young trade unionist was tracked down thanks to the images of the video surveillance of the warehouse and was blocked a few minutes later in a service area by the carabinieri. At work to accurately reconstruct what happened are both the carabinieri of the Biandrate station and the Novara police officers.

According to some witnesses, the victim’s body was dragged for about ten meters. The driver of the truck then ran away without giving help, but was stopped on the motorway by the carabinieri. The trade unionist was rescued by a 118 crew but there was nothing to be done. The circumstances and the dynamics are still being examined by the police. The CGIL has also declared the strike and the workers are blocking all the exits of the warehouse.

“An unprecedented and unacceptable tragedy”. Thus the general secretary of the CGIL of Novara and of the VCO, Attilio Fasulo, comments on the incident to the Adnkronos.

Two other workers present at the demonstration would also have been hit by the truck and reported injuries: they are now in the hospital in Novara, and their conditions would not cause concern.