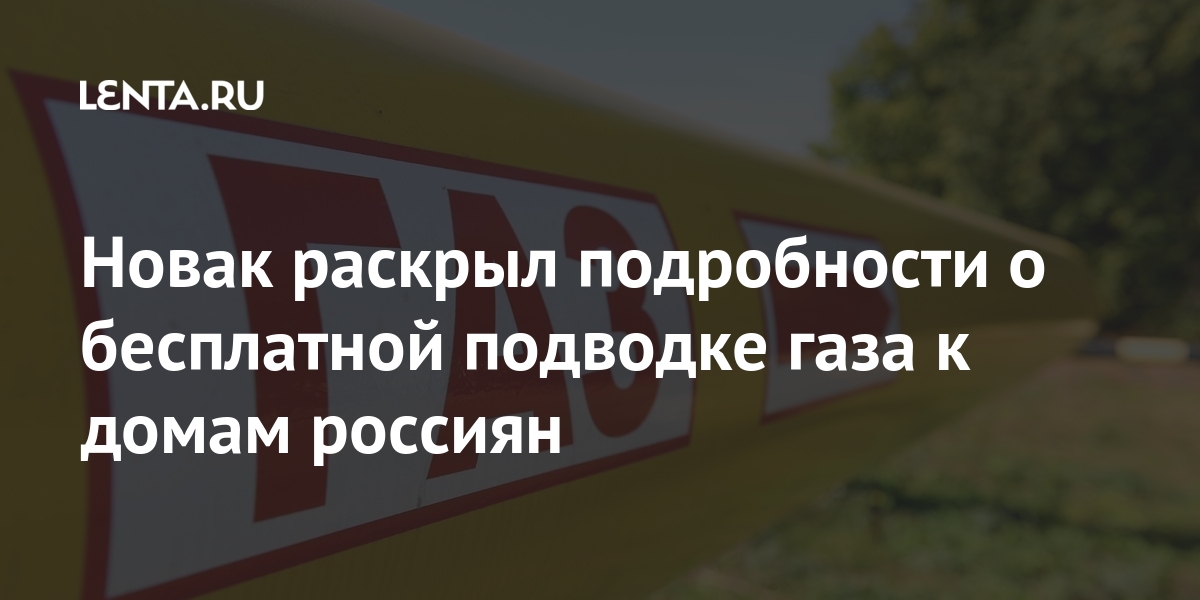 Russian Deputy Prime Minister Alexander Novak revealed details about free gas supply to the homes of Russians. He said in an interview with the Russia 24 TV channel that the government had prepared amendments to the law on gas supply. His words lead TASS…

“Today we have already prepared a draft law on amendments to the law on gas supply, which relate to the redistribution of powers in order to relieve the burden [по газообеспечению] from the population, from home ownership, ”Novak said.

He explained that if before a person paid for the installation of a gas pipeline from a land plot to an intra-settlement gas pipeline, now the responsibility will fall on the resource-supplying organization of the operator, who works in each region.

On April 21, during his address to the Federal Assembly, Putin promised the Russians free gasification of land plots. He instructed the government to develop an appropriate plan.

A month ago it became known that the Presidium of the State Council proposed three ways to provide free gasification. All of them provide for either an increase in fees for large enterprises and legal entities, which will then have to compensate for their expenses, or a budget cut.

Meanwhile, last year, the head of the Accounts Chamber, Alexei Kudrin, said that the plan for gasification of the country was not being fulfilled, the speed of work was much lower than expected.

The lemon harvest in Tucumán, affected by roadblocks

President of Kyrgyzstan to sign new draft constitution on May 5