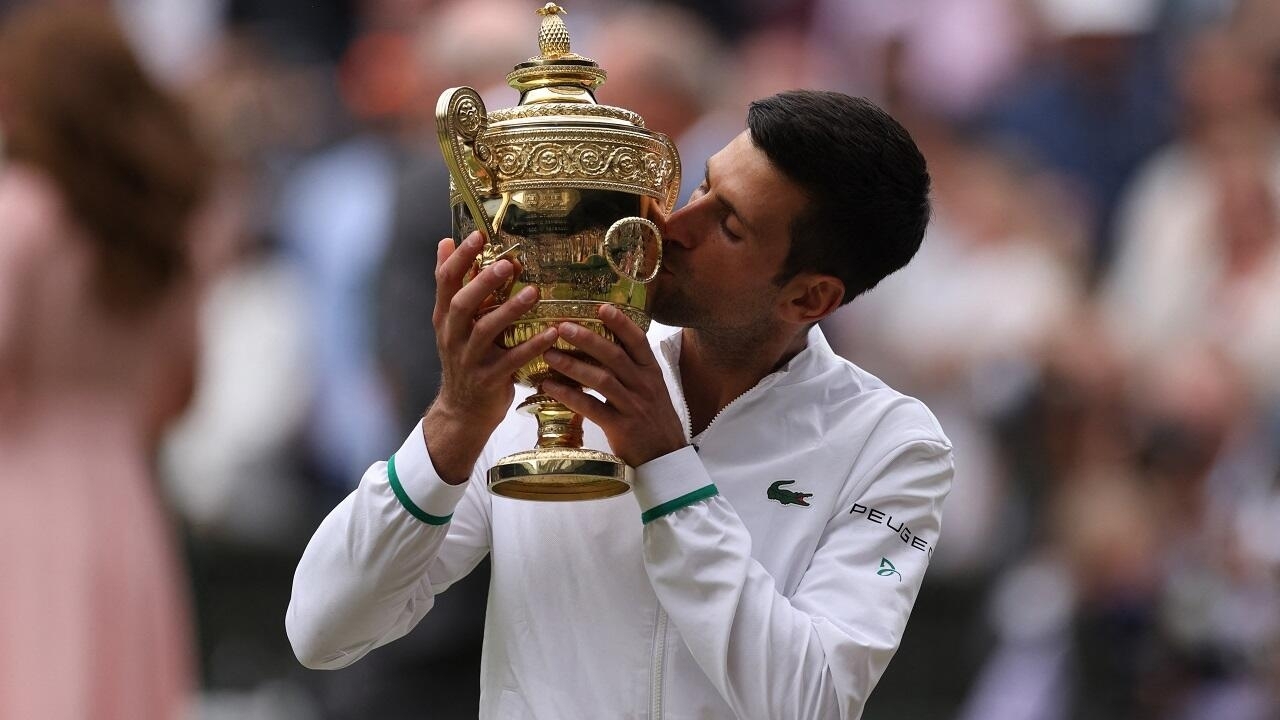 Novak Djokovic continues his formidable career in 2021. The Serbian won the Wimbledon tournament on Sunday for the sixth time in his career against Italian Matteo Berrettini (6-7 (4), 6-4, 6-4, 6-3) . With 20 Grand Slam victories, he equals Roger Federer and Rafael Nadal.

I had a date with history. Novak Djokovic had made no secret of it: arriving in London two weeks ago, his goal was to triumph again on the grass at Wimbledon and join the other two titans, Roger Federer and Rafael Nadal. “That’s why I’m here. That’s why I play,” he recalled after winning the semifinal against Denis Shapovalov.

Mission accomplished for the Serbian this Sunday, July 11. Against Matteo Berrettini in the final, the world number one won in four sets (6-7 (4), 6-4, 6-4, 6-3). Here he is based on a track record with six Wimbledon coronations and thus now 20 Grand Slam victories. Like Federer and Nadal, monstrous.

If he is not the favorite of the Wimbledon crowd, who prefers Roger Federer, Novak Djokovic at least is a regular on the court. Before Sunday, he had six finals in London, five wins and one loss.

Matteo Berrettini, 25, has arrived like a comet on the circuit. After a timid professional debut in 2015, the Italian (1.96 meters and 96 kilos) clicked two years ago. Since then he has settled into the top ten and achieved his main victory in mid-June at the Queen tournament. An impressive progression, of course, but incomparable with the gigantic career of the “Djoker”, nine years his senior.

First Italian finalist at Wimbledon, Matteo Berrettini suffered a power-up delay that raised fears of a one-sided match. Novak Djokovic took the lead and scored two set points at 5-3. But the machine stopped. The gigantic neophyte took the opportunity to collect the score and win the first round in the ‘tie break’, in 1h12 of play. As in the Roland Garros quarterfinals, Berrettini took a set in ‘nole’.

With the support of the public – who will undoubtedly be less of a fan of Italy on Sunday night for the final of Euro 2021 – and the victory of the first round, Matteo Berrettini had the wind in his sails. Only here Novak Djokovic is among the toughest opponents when his back is to the wall. The defending champion bounced back, raised his voice, led 5-1 to finally win the second set 6-4.

The rest of this final played out inexorably. Without being sensational, Djokovic has maintained a level a notch above that of Berrettini, author of too many unforced errors. The third set fell into their own hands 6-4.

Ruthless, the Serbian annihilated all attempts by the Italian to resurface and pocketed the fourth and final set 6-3. Then he collapsed on the court before trying a blade of grass, as he has become used to.

* This article was adapted from its original in French