Nothing to celebrate: Colombia, Mexico and Honduras register 89% of attacks against LGBTI people 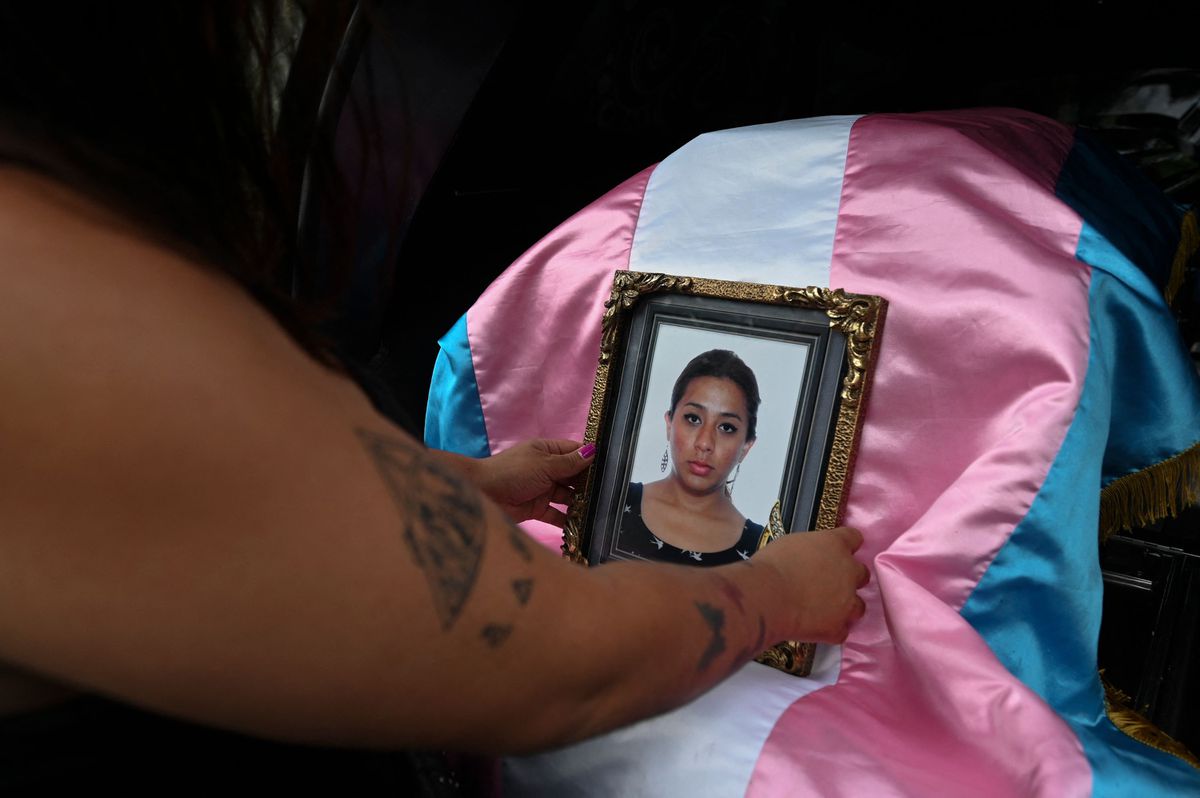 There is nothing to stop the attacks on the LGBTI population if impunity continues to be an ally of the aggressors. Samantha, a 23-year-old trans woman, was shot on a street in Mariquita, a town in Colombia, last January, and her family is still waiting for justice. Sammy, as those who knew her from her work as a stylist called her, was shot dead by men who were mobilizing on a motorcycle and her murder opened the figure, which already reaches 14 cases, of transsexual women murdered this year in the country, according to the organization Colombia Diversa, which insists on highlighting an under-registration. They can be more. The last victim was Luciana Moscoso, also a stylist. The body was found in early June in his apartment two days after the crime, according to the forensic examination. Who killed them? Their relatives and friends ask, but nobody answers.

No LGBTI Violence, an entity that brings together human rights organizations from eleven countries in the region, alerts about this unstoppable and incomprehensible violence. What emerges from his report prepared on the occasion of gay pride day, which is commemorated this June 28, leaves little to celebrate. Between 2014 and 2020, at least 3,514 LGBTI people were murdered in Latin America and the Caribbean, 1401 of them for reasons related to prejudice against their sexual orientation or gender identity. Only in 2019 there were 327 cases and in 2020, in the middle of the coronavirus pandemic, there were 351 victims.

Although in all the countries of the region the situation is dramatic, there are some that are worse: Colombia, Mexico and Honduras concentrated 87% of the total victims in 2019 and 89% last year. “One of the hypotheses that we study as a cause for the higher mortality in these countries is that there is a greater presence of armed groups and the public force, which exert violence on this population, in addition to being places with migratory corridors that also have an effect on this type of crime ”, says Marlon Acuña, coordinator of the regional network Without LGBTI Violence.

Brazil is a separate case, according to the same organization, there is no solid data on the acts of violence that occurred in 2020 in this country against homosexuals, lesbians and transsexuals. “What is happening in Brazil is worrying, our allied organizations there do not have enough information to follow up on the cases and it is not possible to establish a figure,” says Acuña. The National Association of Transvestites and Transsexuals (ANTRA) denounced in January that last year there were 175 murders of transsexual people in that country.

2020 was doubly deadly for the LGBTI community. In addition to having to deal, like the rest of the world, with a pandemic, they continued to be victims of violence. The street ceased to be the scene where the crimes against him occurred and moved to the houses, as happened in the case of Luciana Moscoso, who was found murdered in her apartment. In 43% of the cases registered last year, it is not known where they happened.

“Measures such as curfews, the limitation of access to services -based on identification number or gender-, as well as the deployment of police and military forces to ensure compliance, increased the risks of non-lethal violence by of State agents and individuals due to prejudice against the sexual orientation or gender identity of the victims ”, says the report of the organization Without LGBTI violence, which also indicates that the health crisis had consequences on the registration of deaths violent victims of which they were victims. “The management of the pandemic also imposed challenges that threatened to overwhelm the judicial and forensic capacity of the States, the organizations also faced difficulties that could represent intermittences in the records,” the organization points out.

Andrea González, a trans woman and activist from Guatemala, was shot dead on June 11. He was 28 years old, he was a political leader and legal representative of Otrans, a community organization that works for LGBTI people. “She was killed by bullets of hatred, patriarchy and the absence of the State,” claim her friends. Two days earlier, also in Guatemala, the victim was Cecy Caricia Ixpatá. They found her dying after being beaten in a market where she sold fruits and vegetables. He could not recover from the blows and died in hospital. She was a vendor and a member of Redtrans since 2012. In neither of the two cases are there detainees. Justice does not seek those responsible for these murders.

“When they kill the leaders they are sending a message to an entire community. With these deaths, those who work to give visibility and guarantee justice and inclusion disappear, ”says Acuña, from Sin Violencia LGBTI. For this organization it is evident the lack of actions of the States to prevent, attend and punish this violence, which continues to claim lives in total impunity.