“Nothing is set”: Söder lets Chancellor speculation blaze – and calls for “fresh alternatives” 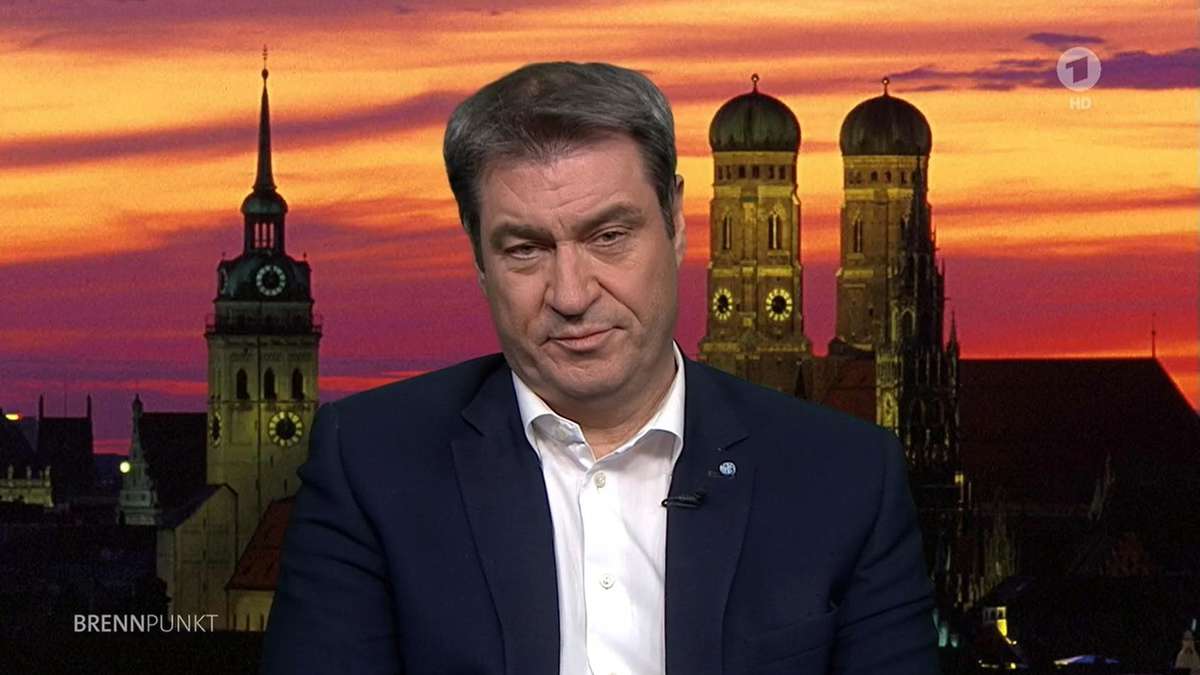 After the election bankruptcies, the pressure on the Union increases. In the K question, Markus Söder refers to joint plans – and yet again leaves plenty of room for speculation.

Berlin / Munich – The state elections in Baden-Württemberg and Rhineland-Palatinate have shaken the CDU properly: negative records in the election results in both federal states – and suddenly the lively fear of a very near future without Union politicians in the Chancellery. On Monday evening, CSU boss Markus Söder expressed himself in an ARD “hot spot”. In doing so, he renewed calls for “personnel alternatives” in Berlin that would soon be visible. But Söder’s answer to the question about his own ambitions for chancellor also left a conspicuous scope for interpretation.

Söder also referred – as CDU politician Norbert Röttgen the day before – aggressively to the possibility of a federal government without a union. There was also a hint of the red sock campaign in his warning; the striking concern about the left swing: the citizens should know “that there can be left coalitions, traffic light coalitions that do not promise more stability,” said the CSU leader.

There was also criticism of the Union’s corona management. “It is true that there are weaknesses not in the strategy, but in the implementation,” explained Söder. With test offers, the vaccination strategy and the slow payment of corona aid, he named four problem areas and also raised doubts about the suspension of the AstraZeneca vaccinations. Catching up on the Corona issue is the first prerequisite for being able to devote yourself to the election campaign. But Söder’s outlook on the election campaign was quite tough.

CDU misery: Söder calls for an improvement in the corona – and a “younger, fresher” shadow cabinet

In response to a question from moderator Tina Hassel, Söder did not explicitly move away from his more than a year old demand for new faces in Angela Merkel’s cabinet, but rather reluctantly gave himself up to compromise. “Many people doubt whether that would make sense in the short time we have,” admitted Söder. But Bavaria’s Prime Minister called for a kind of shadow cabinet.

The question must be allowed, “How is the Union positioned after the incredibly successful period after Angela Merkel. At the moment, corona management is paramount. But it also takes a look into the future, ”emphasized Söder. In addition to recipes for core topics such as economy, digitization and climate protection, alternatives are needed “in addition to the cabinet members” in the form of a “younger, fresh team for the future”. With Transport Minister Andreas Scheuer, a CSU politician is currently under constant fire in Berlin.

With a view to the clarification of the chancellor’s question, which has now been demanded from many sides, Söder was cautious. It was “not wise” to make a decision in the face of the election slips – in a swipe at his predecessor Horst Seehofer, Söder added that the experiences of 2017 and 2018 had taught him that the Union should not fall out under any circumstances.

Hassel’s provocative question as to whether he would shy away from the risk of a candidate for chancellor in the event of a call from the Union could not leave Söder unchallenged. “Politics is always a risky business, nothing is set,” replied the CSU boss. The state election in Bavaria in 2018 was also fraught with risk. At the same time, Söder repeats a familiar phrase. “I’ve always said where my place is, and now I have nothing to change,” he emphasized.

“Set” could be interpreted, but that is not the case either. But one thing is certain: Söder wants to stick to the agreements with CDU official colleague Armin Laschet. “But it is also clear that this is not a race between Armin Laschet and me, but a joint collaboration,” he emphasized. The decided procedure and schedule will not be shaken. (fn)