Norwegian handball players refuse to wear bikini and are fined 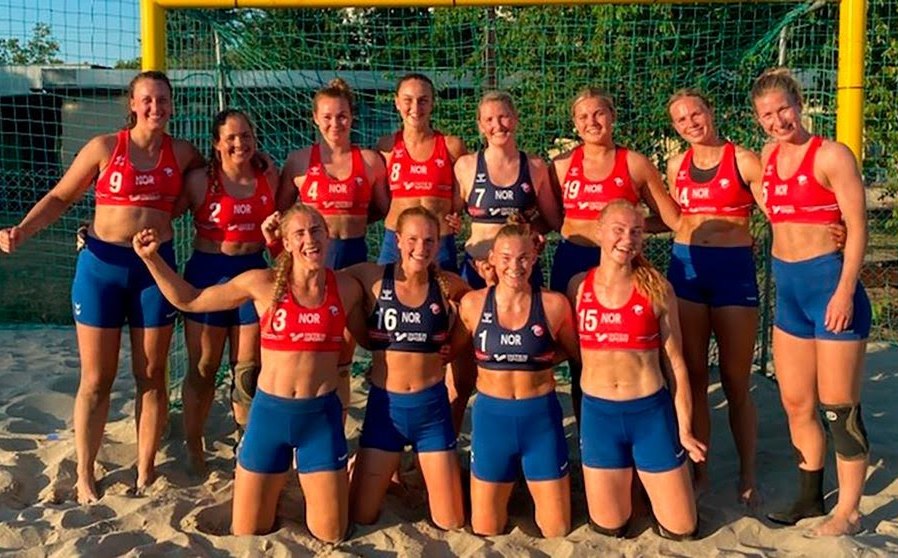 The Norwegian Handball Federation said it was prepared this Monday to pay a possible fine the day after a match in which its players in the beach discipline defied the official regulation and gave up wearing a bikini.

During the match they lost against Spain for the bronze medal of the European beach handball on Sunday in Varna (Bulgaria), the Scandinavian women wore shorts instead of the bikini required by the regulations of the International Handball Federation.

With this act they were exposed to a fine -50 euros per player and per game– according to the Norwegian Katinka Haltvik, quoted by the public radio television NRK.

“Of course we would assume an eventual fine at our expense,” he told the AFP the president of the Norwegian Handball Federation, Kare Geir Lio. “We are all in the same boat”.

The issue has been shaking beach sports circles for several years. Some players find the bikini too degrading or impractical.

Before the European, Norway had contacted the European Handball Federation to ask permission to play with shorts, but the answer was that the violations of the regulation were worthy of a fine.

“The most important is have uniforms that athletes are comfortable with“Lio pointed out.” It should be a free choice within the framework of standardized rules. “

I present to you the Norwegian women’s beach handball team. They wanted to play like this for the European championship, but they have been forced to wear bikini bottoms instead of shorts, under threat of being disqualified. Because that’s the important thing: that their asses show. pic.twitter.com/NFpXR0eFS2

The European Handball Federation indicated that it is aware of the episode but has not yet decided on a possible sanction.

A Norwegian motion seeking to amend the current rules will be discussed in the coming months.

“The EHF (the European Federation) is committed to advancing this matter in the interest of its member associations.but it must be clear that a rule change can only occur at the IHF (International Federation) level, “said a spokesman, Andrew Barringer, in an email.

‘We have political affinity’: Javier Milei spoke of an eventual presidential formula with Patricia Bullrich