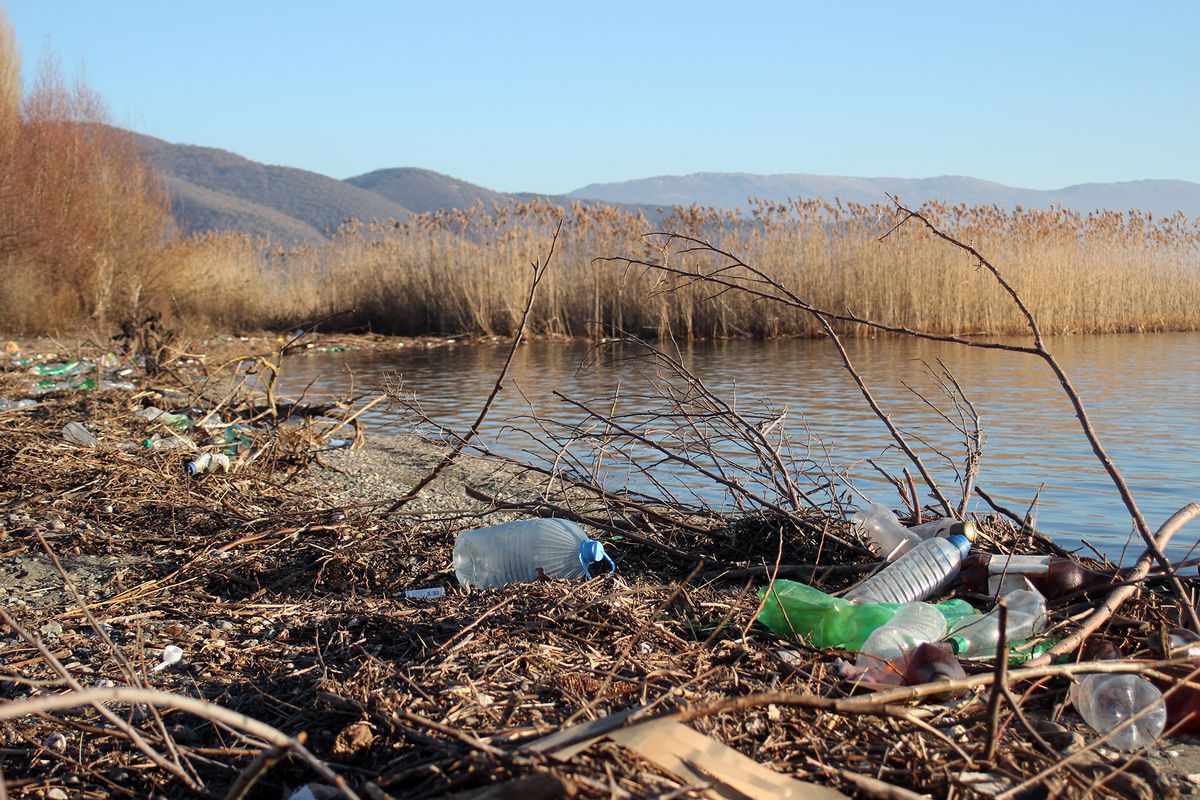 Note to readers: EL PAÍS offers the Future Planet section openly for its daily and global contribution to the 2030 Agenda. If you want to support our journalism, subscribe here.

The coexistence between man and nature, in North Macedonia, is breaking down. The young republic stands out, in addition to handball, for having one of the capitals with the most polluted air in Europe. But this data is only the tip of a growing iceberg of contamination that advances before the invasive development of the human being. It is a common problem in most Balkan states, where laws protecting the environment are rarely enforced and sometimes blatantly flouted.

“Governments do not fulfill their obligations: they only have excuses,” says Eli Peseva, from the environmental organization O2. “There is always another culprit and his explanation is that the whole process of change [medioambiental] is slow. The previous government brought laws that are harmful to the environment and the new one took the cause as an electoral trump card, but has not lifted a finger. There is no possible justification ”, he adds. “The government does nothing, even if it has the information, because lately everything is populism,” sums up Trajçe Stafilov, a researcher at the Chemical Institute of the University of Santos Cirilo y Metodio, who recalls that the problem of pollution is general: in the air, water, soil and, in regions like Veles, due to the prolonged activity of the closed smelter plant Topilnica, on the food. Different experts warn of the environmental deterioration in Macedonia. It is a warning to a country that, since independence in 1991, has not prioritized sustainable development. Now, they insist, it’s time to act.

According to the World Health Organization (WHO), around eight million people die annually as a result of air pollution, which carries liquid or solid microparticles smaller than 10 and 2.5 micrometers. They are one of the many toxic substances that are inhaled and affect the respiratory and cognitive systems. Peseva assures that, in Macedonia, due to diseases related to air pollution, “between 2012 and 2019 25,000 people have died”. And they are not even two million in the whole country.

The cities of the Balkans, due to the lack of development, triple the annual average of 10 micrograms per cubic meter (mg / m3) that the WHO recommends not to exceed. In winter, in addition, everything shoots up: there are days in which the 200 mg / m3 is exceeded

The cities of the Balkans, due to the lack of development, triple the annual average of 10 micrograms per cubic meter (mg / m³) that the WHO recommends not to exceed. In winter, in addition, everything shoots up: there are days in which 200 mg / m³ is exceeded. In Macedonia, the Government estimates that fossil combustion causes 77% of toxic emissions. Then there are transportation (14%) and production activities (6.5%). “The main source is the burning of wood, in some cases coal or oils, to heat themselves: the poor do not have access to a central heating system,” Stafilov agrees.

However, environmentalists are wary. “We cannot just point to the heating methods: there are peaks in pollution even in summer. A significant number of institutions still use fossil fuels. Government known the problem, but it does not act ”, insists Peseva.

90% of the world’s population breathes polluted air, although it occurs mostly in impoverished and developing countries and in marginalized communities in developed states. 92% of related deaths occur in these regions

Stafilov proposes to connect the country to a gas network. Dragana Velkovska, the first ecologist elected in the Skopje Assembly, contradicts him: “We have to say no to gas. We have 280 days of sunshine a year and we have almost no photovoltaic systems. The solution is that people have control of their energy: you cannot give each person a gas station but you can give a photovoltaic panel, which is the least aggressive form of energy production with the environment. The way to achieve this advance, as I proposed in Skopje, is to subsidize this system in the houses ”.

Despite the divergences on the future energy model, these experts agree that Macedonia would have to control agricultural exploitation and the burning of garbage; limit the purchase of vintage vehicles; and improve the obsolete industrial fabric, which in too many cases needs fossil fuels for its activity.

Another measure to improve air quality is to reforest. But in Macedonia they walk in the opposite direction. “It is alarming that large areas suffer from deforestation. There are multiple reasons: the production of wood for combustion is a serious cause, although in recent years the main destruction has been produced by the expansion of infrastructures ”, highlights a study from Balkania.

Skopje, the capital, has also lost much of its forest mass. The digital medium Nezavisen it reflects that it has half as much green space per person as recommended by the EU. The Gradski and Gazi Baba parks and the Vodno mountain resist, endangered by constructions and activities aimed at human leisure. The latter is known as “the lung”, the place where you go to breathe, in Skopje, the place 1,000 meters above sea level where you flee from pollution. Today one part is a protected natural park. Another, full of buildings, the most luxurious area of ​​the city.

Recently, the municipality raised a reform that, environmentalists warn, would allow urbanize up to 40% more of its surface and legalize illegal construction. Ivan Blinkov, professor at the Faculty of Forest Engineering at the University of Saints Cyril and Methodius, assures that the proposal collides with several laws for the protection of citizens against natural disasters. It demands a law that protects Vodno and stiffer penalties for those who break it. “In theory, they won’t be able to build 40% more, but it’s naive to believe it considering the slight penalties and power of some people. With the new reform, the area called Villa Española would be included in the Urban Planning Plan. There, estates of political leaders, media moguls were built … Although it was forbidden, they have used their position to obtain any permission ”. In addition, Vodno suffers from increased erosion due to three mega-projects: the Millennium Cross, the telecommunications tower and, as a final offense, the gas pipeline that will transport energy from Kosovo.

“It is a complex process that requires time”

175 kilometers south of Skopje is Ohrid, one of the first human settlements in Europe. The place where the first Slavic university in the Balkans and the first monastery were established – that of Saint Pantaleon. A jewel that Unesco certified as a World Heritage Site in 1979, although at its 43rd meeting, in 2019, it threatened to be considered “heritage in danger”. In this region dominated by the oldest lake in Europe, the crisis triggered by illegal construction and tourism stands out.

The monastery of San Pantaleón is a jewel that Unesco certified as a World Heritage Site in 1979, although at its 43rd meeting, in 2019, it threatened to consider it “heritage in danger” due to illegal constructions

“Macedonia has a draft of an inventory with illegal structures,” they say from the Ministry of the Environment and Physical Planning, a participant in the Management Plan for Cultural and Natural Heritage in the Ohrid region (2020-2029). “The authorities have to assess the potential impact and determine the structures that can be legalized and those that will have to be eliminated. Right now we are in the mapping process. Additionally, the authorities will need the help of Unesco to carry out this study and ensure its proper conduct. It is a complex process that takes time and has numerous administrative procedures and financial implications. In the Management Plan there are strict rules and the structures that do not comply with them will be demolished ”.

Building construction has become widespread in Macedonia. He is right in the absence of a real economy. After the fall of Yugoslavia, its industry, always smaller in impoverished Macedonia, began to be dismantled. Due to corruption, everyone is wary of venturing into big projects. They invest in houses: a more or less stable value. And Ohrid is an ideal place.

In Struga, a riverside town, hundreds of buildings occupy the riverside from east to west, from the Europa hotel to the Aquarius Beach complex. Most, of doubtful legality, are less than 100 meters from the lake. “In the city there are only a few legal buildings: many were regularized with the law for the Legalization of irregular constructions. Until 2011, the Ministry of Transport and Urbanism controlled the buildings. It was the authority, ”explains Natmir Nexhipi, Struga town planning councilor. “With the decentralization of 2011, the municipalities obtained control. But we cannot close those beach bars because they got an agreement ”, he adds.

Dragana Velkovska, an Ohrid SOS activist, contradicts him: “All those buildings could be demolished because they are less than 50 meters from the lake. It is stipulated in the 2008 law. In the previous Government, that of the VMRO [derecha paneslava], the Urban Planning law was changed between 20 and 30 times. It is a mafia way to legalize a crime and an obvious example of corruption ”. North Macedonia is ranked 111 on Transparency International’s Corruption Index.

In addition to the crisis arising from construction and tourism, Lake Ohrid suffers from an increase in pollution due to the inadequate treatment of sewage that threatens more than 200 endemic species. The Government claims to be acting to reverse the trend: it has canceled projects and provided financial resources to the municipalities; In addition, it will adopt a law in October to declare the lake a natural monument.

Despite this, the organization that evaluates the natural heritage for UNESCO continues reflecting their concern about the poor implementation of regulations, the lack of human and financial resources, and infrastructure planning in the region. Without an alternative plan to invasive development, Ohrid, like Macedonia, is in danger.

"The Nevers" series on Sky: These women can easily take on any demon

Paris welcomes the formation of a transitional government in Chad

Transport takes 300 lawsuits against the ‘truck cartel’ to court