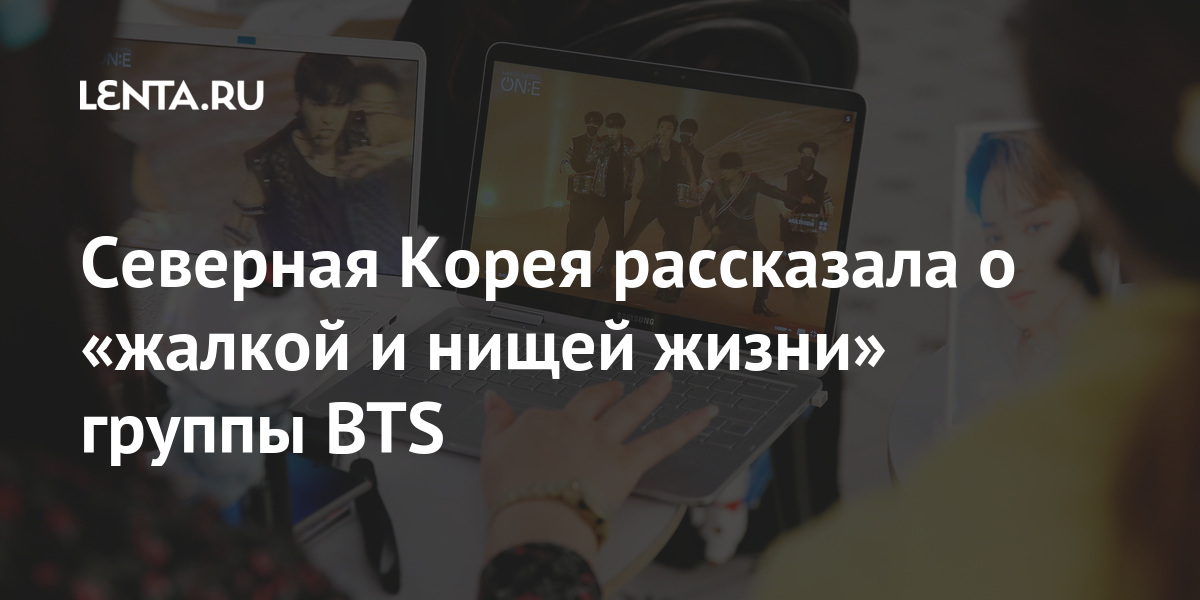 The DPRK has accused the South Korean music industry of slave exploitation of artists. This is reported by the North Korean Internet portal Arirang Meari.

The article points out that K-pop artists, including members of popular groups BTS and Blackpink, are forced into submission and hard labor from an early age through unfair contracts. The material says that the K-pop industry is notorious for its exhausting workload and poverty: musicians allegedly sleep two to three hours a day, and the money earned is spent on their “upbringing”.

“Life is like living in prisons without bars,” the authors write. They point out that the artists “lead a miserable life”, “suffer mental and physical pain”, and they are “forced into sexual entertainment by politicians and businessmen.” At the same time, they do not provide any evidence in favor of their statements – they only refer to some reports from other media outlets.

CNN suggests that this piece is an attempt by propagandists to counter the influence of foreign media. Pyongyang’s censorship severely restricts its citizens’ access to foreign content. Smuggling of movies, music and books, in particular on USB sticks, can be severely punished.

On February 16, it became known that North Korea has increased the maximum penalty for the import and distribution of South Korean video materials. Now the death penalty can be threatened for this. The maximum prison sentence for watching videos from South Korea was also increased. And in December 2020, the DPRK adopted a new law obliging citizens to “prevent the spread of anti-socialist ideology.”

In 2018, amid a warming relationship between Pyongyang and Seoul, South Korean performers came to the DPRK capital. In a personal meeting with the artists, North Korean leader Kim Jong-un expressed the hope that the concert “was a good opportunity to showcase the nation’s unified face.” Among the speakers was K-pop group Red Velvet.