Normando Alvarez García: ‘I did not receive a thank you letter from a Bolivian commander’ 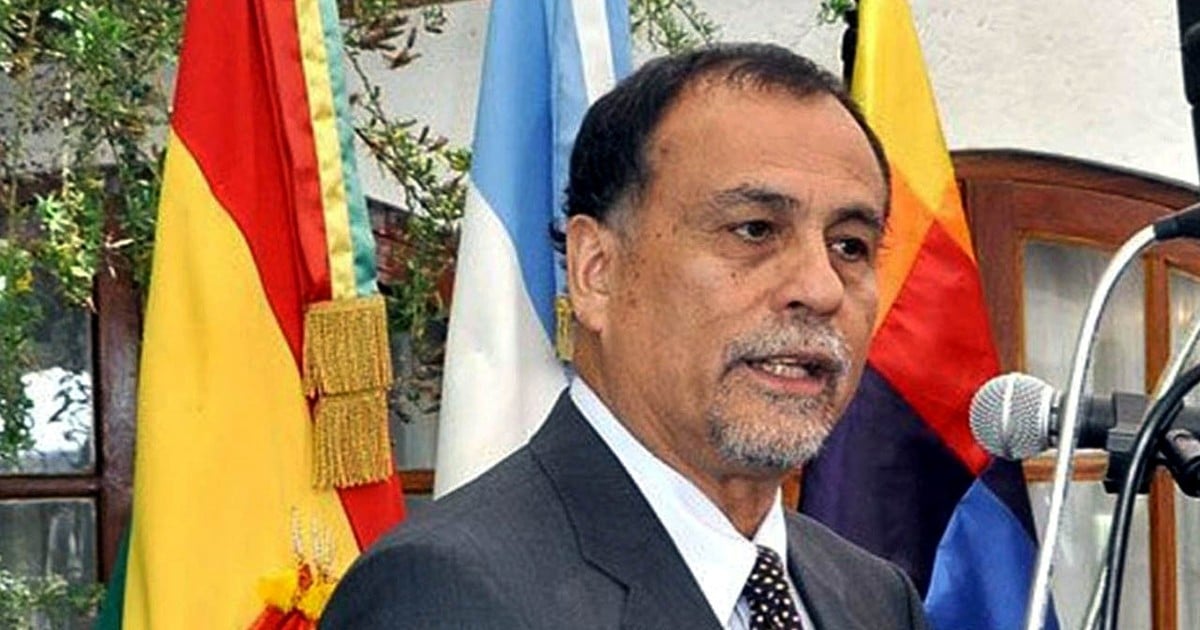 The former ambassador to Bolivia, Normando Alvarez García, was left in the middle of the accusations by the government of Luis Arce against Mauricio Macri for the alleged shipment of “war material” to La Paz, which would have served for the alleged overthrow of Evo Morales, in November 2019.

The former ambassador, who was a political and not career diplomat, is today the Minister of Labor for the governor of Jujuy Gerardo Morales.

“Chiqui” Alvarez García denied having received a thank you note for that material (from the former Air Force commander, Jorge Terceros) in an interview with Clarion.

He confirmed that 20 gendarmes arrived in those days to guard the embassy in La Paz and that the supplies they brought they stayed in the Argentine residence after December 10, 2019 when his mission ended and he had to return to Argentina when he assumed the government of Alberto Fernández. This was the interview:

What do you think of the Bolivian government’s complaint against the Macri administration for allegedly sending “war material”?

On the one hand it surprised me. That note caught my attention, which I was not really aware of, which said it was hidden, and the truth is that in those things it is very difficult to hide something in the embassy where there are six seven career civil servants, where there are many employees. And the second, when I saw that they began to put Macri into this thing, there was a more than clear sense, towards where the entire complaint was directed.

The lawyer for the military officer who supposedly sends you a letter thanking you for the alleged material sent from Argentina to Bolivia denounced that the signature is false. What do you say?

Which is false. They also say that it was hidden … If I receive something like that, I break it …

You published a letter on Friday denying any responsibility for the events denounced by the Arce government. Do you think that something could have been sent as a complaint Arce and Alberto Fernández consents?

If there was a request for these elements, they are not warlike, they are not lethal as the Bolivian foreign minister said, but tear gas and rubber pellets. The reality is a clear thing, which is the Bolivian police were totally overwhelmed, 20 days of mobilization throughout the country, it was a totally mobilized country, fights between the sectors of the government and the opposition.

And couldn’t it be that the Hercules plane with the gendarmes carried material that you didn’t see?

The gendarmes did go, they brought everything necessary, they brought a lot of material to defend the embassy and the residence, because the situation was really … it was, a pre-civil war, it was clear. That is why that happened when these Argentine journalists went to make notes in the central square that is now the Bolivian Plaza de Mayo, in La Paz, and they were practically almost lynched. At that time we did not have gendarmes, I had to send people from the attachés and officials to look for them in the basement of the hotel where they had taken refuge. In the same hotel he told them to leave because they were in danger of burning the hotel. It was in the Evo government, so the gendarmes brought a lot of things (equipment). Now, from there to the fact that something has been given to the Bolivian police, I don’t know … But what I am telling you is that it is rare that the general of the Air Force, the commander of the Air Force sends a thank you. The military were in their barracks, they did not take any action or say anything, but if the military comes out, the weapons they have, the weapons they have are seriously lethal.

Who received the Hercules material? You?

Did the material sent remain at the residence? What and how much material was it?

He was at the residence and partly at the embassy as well. No, I don’t know what it was. They were not weapons, of course, you could see that there were a lot of gases, they also had gas masks, what do I know … what any security agency wore.

And where were the journalists?

I took them there too, to the residence.

You finished your mission in December 2019 (with the end of the Macri government) and what happened to that material? Did it stay there?

Sure, sure, on December 10th. The gendarmes continued, because the minister of government (of Evo Morales) who was asylum was still there, he stayed at the residence. Alberto Fernández did not name an ambassador immediately, several months passed and an official was left as charge d’affaires. Diego Alonso remained a career civil servant. It was second to mine when I was. They are all very efficient, very serious officials

And the Hercules plane?

Hercules came back because we took the opportunity to send all the relatives of the officials, the attachés and some Argentine citizens who are settled in La Paz, sometimes merchants, businessmen, who sent their families to Buenos Aires.

I insist. Foreign Minister Mayta insists on having proof that it was war material. And in the networks a photo circulates that the embassy considered “received war material”

Well, even the Bolivian analysts themselves say that it was not war material. But regardless of that, what has to be clear is that Argentina did not participate under any point of view in any coup, in a riot, or anything. Because it didn’t make sense, and the relationship between the two governments was very good, even though Macri and Evo, let’s say, obviously, they are different, they play differently, the relationship was very good. So much so that a few months before, Evo went to Buenos Aires, he got on a Pampa plane, we went to the Morón base, where he tried it because they wanted to buy Pampas for training, we signed a health agreement in La Quiaca, it was with the Minister of Health Gabriela Montaño who is the one who went with me to Bolivia and the vice president as well. We signed a very fought health agreement, so that all Argentine citizens who passed through Bolivia in the face of any accident or health problem were treated free of charge, something that did not happen before. And then, for example, a nuclear medicine center was being finished, we managed to get Invap to win the contest to carry out the work on the top and we beat the Russians a fight, and there are many other things.

In the macrismo they affirm that there is a maneuver against them. They file an arrest warrant against Macri in Kirchnerism and now they ask Gerardo Morales to resign. What do you think?

Yes, I think totally, totally, because I am taking an X-ray of what was happening and what happened between the Macri government and the Evo government, so it was impossible. I cannot speak for the United States, nor for Brazil or for anyone, I speak for Argentina because I was there, I knew. It worried me a lot and you know, because of the situation of violence that existed, and we looked for a way out. In these days I have been called by friends from Bolivia, who were from the Evo government, in solidarity, because they know what I did, they know how we work, I had, on the contrary, a very good relationship with the government. We signed the Lithium agreement between Bolivia and Jujuy, imagine. That complaint falls, regardless of any note they find again, in a strange way so to speak, they will not be able to demonstrate why there was no participation of the then government (that of Macri) in that unfortunate end of Evo’s government.

You said new things in your letter on Friday. One who asked if the Macri government could receive Evo Morales and they said no.

Yes, I spoke with a leader, an official who… Someone close to Evo told me if he could get to Argentina. And I unofficially made the query, and they said no. They said no.

Who told you no?

I don’t know who it was, they told me that it would have had the weight to say no. And on the other hand, I also contacted the Mexican embassy, ​​a friend, with Teresa Mercado, a good diplomat, to accompany and collaborate in whatever way so that Evo would not have obstacles in the arrival of the plane from Mexico that was already in road. So we did our best to avoid a problem. I think they had already received the resignation there and, oddly enough, I was surprised.

And secondly, it is true that the Argentine embassy took care of 15 members of its government. Can you expand?

One is Carlos Romero, who is a person who I think they are wasting, because he is a great minister, intelligent, the truth that I had in all that time we were, we had breakfast, we had lunch together many times.