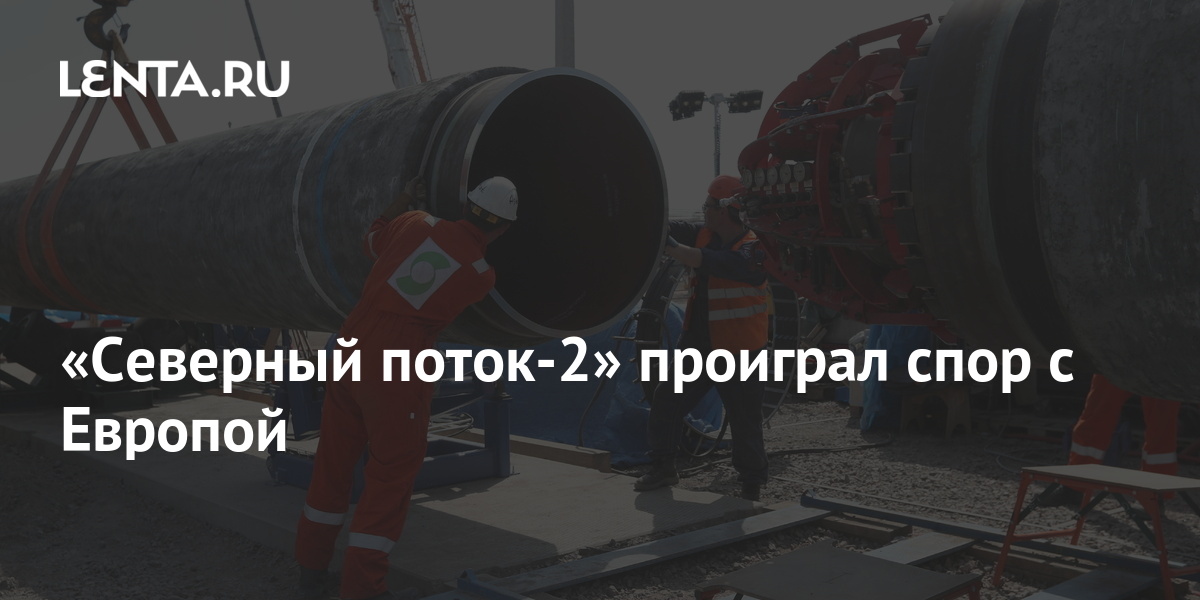 Nord Stream 2 AG, the operator of the construction of Nord Stream 2, has lost the case in the Dusseldorf High Land Court to exempt the pipeline from the norms of the updated EU gas directive, reports TASS…

Among them there is a ban on the ownership of a gas pipeline by a production company entering the territory of an EU country. In the case of Nord Stream 2, this means that Gazprom will be able to fill no more than 50 percent of the volume.

The rest of the capacity should be reserved for an independent supplier. This is impossible in Russia, since Gazprom is a monopoly in the export of gas through pipelines.

Nord Stream 2 AG announced that it took into account the decision of the German court and will evaluate it. The operator did not provide any other comments.

In the previous version, the gas directive concerned only gas pipelines passing through the territory of the EU countries. Thus, the capacity of the onshore extension of Nord Stream, the OPAL gas pipeline, has been halved.

However, during the construction of Nord Stream 2, the provisions were extended to include offshore gas pipelines. An exception was made only for those that were built before May 2019. Gazprom tried to prove that, in terms of investment, the Nord Stream 2 project had been completed before that moment, but the court did not accept these arguments, since the gas pipeline was not physically completed so far.

According to the latest data, the physical work on the construction of the pipeline should be completed within a few weeks. After that, the route must be certified. Its commissioning is expected by the end of the year.