Nominations open for the Zayed Prize for Human Fraternity 2022 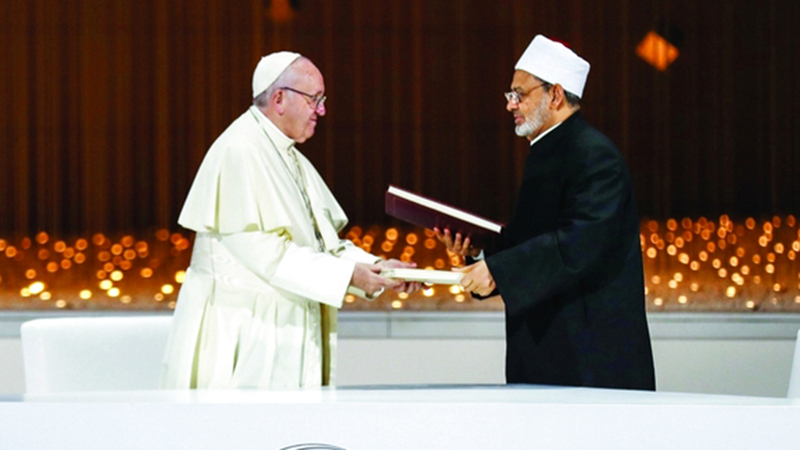 The launch of the award this year comes at a defining moment for our world, which is recovering from the effects of the increasing suffering and inequality caused by the coronavirus pandemic. In this cycle of the award, the Higher Committee of Human Fraternity looks forward to getting to know the individuals and entities that will be nominated for the award, and who are expected to carry the torch of hope for humanity.

The Zayed Prize for Human Fraternity is an independent global award that celebrates the efforts of individuals and entities in making great contributions aimed at the advancement of humanity and the promotion of peaceful coexistence. Its financial value is one million US dollars. It was established in February 2019 to commemorate the historic meeting between the Grand Imam, Dr. Ahmed Al-Tayeb, Sheikh of Al-Azhar Al-Sharif, and His Holiness Pope Francis, President of the Catholic Church, in Abu Dhabi, where the two great symbols signed the Document on Human Fraternity, and became the first honorary winners of the award.

Eligible candidates are entitled to submit nominations for the 2022 Prize, and the categories that are eligible to submit nominations include members of the government, current and former heads of state, members of parliament, presidents of supreme courts, senior executive leaders of the United Nations, heads of international non-governmental organizations, university presidents, influential figures, spiritual leaders, thinkers, members of the Higher Committee of Human Fraternity and winners Ex-Zayed Prize for Human Fraternity.

The award was named after Sheikh Zayed bin Sultan Al Nahyan (may God have mercy on him), the founder of the United Arab Emirates, embodying the values ​​of humility, tolerance, respect and love for all people, with which Sheikh Zayed was known throughout his history.

The Zayed Prize for Human Fraternity, in its 2022 session, will be judged by an independent international committee appointed by the Higher Committee for Human Fraternity. Its membership includes the former President of Niger, Mohamedou Issoufou, winner of the Mo Ibrahim Prize 2020, which is the most prominent award in Africa, and former President of East Timor José Ramos Horta, winner of the Prize The 1996 Nobel Peace Prize, Under-Secretary-General and Executive Director of UN Women Phumzel Mlambunguka, Under-Secretary of the Department of Migrants and Refugees at the Holy See Cardinal Michael Czerny, Head of the Aladdin Project to Combat Extremism and Promote Peace Lea Besar, and Secretary-General of the Higher Committee for Human Fraternity, Judge Mohamed Abdus Salam.