Nomen does not want to miss the organic rice 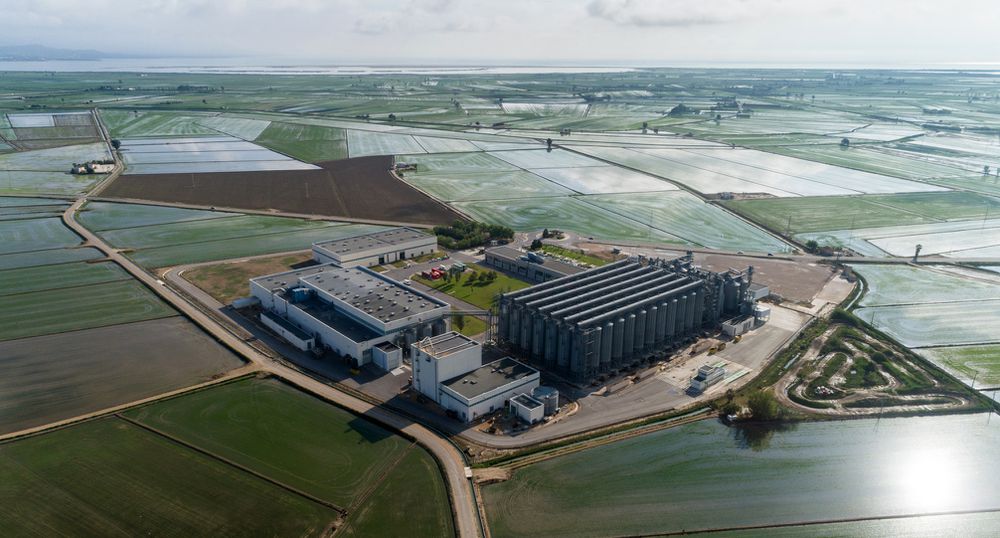 In Spain about 110,000 hectares of rice are cultivated. It is the second country by extension in the European Union, after Italy. According to the Ministry of Agriculture, the estimated value of the production exceeds 252 million euros and 90% of the total market is in the hands of seven packers. Rice is the main actor on the tables of homes and restaurants and the statistics on its consumption reveal an intake of more than five kilos per capita per year. But, despite generating tasty figures, the rice sector has a pending issue: organic farming. Only 1,300 hectares of rice fields are registered in the green agriculture registers. In production volumes, only 0.8% of the 5,700 tons per year collected in Spain bears the ecological seal, basically in Andalusia, Catalonia and Extremadura.

The data collide with the environmental requirements set by the EU for 2030: 25% of the agricultural area has to respect the protocols of organic production, also called biological or organic. “Producers have to put the batteries,” says Raül Carles, corporate director of Nomen Foods. The company has its base of operations in the Ebro delta and in the same rice fields that surround the factory, it deploys a project to multiply its organic crops by 20. “It represents a powerful cultural change,” reasons the manager of Nomen.

To give it shape, the company has led an agronomic project called Organic Delta Rice, a commitment to involve rice farmers at the mouth of the Ebro in the need to take a step forward with the transformation of their crops. “We would have to have 5,000 hectares of organic crops in the Delta in nine years,” observes Àlex Navarro, director of Agroserveis, a firm specializing in research on phytosanitary and agricultural services that is in charge of coordinating the project. Beyond any environmental requirement, Raül Carles provides a tangible fact: “The market is asking for it,” he says. “We can’t keep up with the demand and we have to buy it anywhere. Kilo of organic that is loose, Nomen buys it ”, abounds. They both admit that, no matter how good the idea may seem, they run into the reluctance of farmers to vary work techniques that they have been using for years. Albert Molins has been growing rice in the delta for more than 30 years and is a representative of the Unió de Pagesos union. “The ecological is a risk, we are not made to it and it is normal that doubts arise when conducting experiments.”

Alfred Palma, technical manager at Agroserveis and a doctoral student at the University of Barcelona, ​​assumes that, due to the difficulty in controlling pests and weeds, rice is a complicated crop to dare with tests, but he is convinced that it is necessary to give the rice farmer “some guides on which varieties are best adapted and how to combat fungi.” Palma admits that it is “very complicated” to go organic 25% of the 21,000 hectares of rice fields in the Ebro delta. It points out that “setting a horizon of 8% or 10% is more realistic and, to comply with it, would already be a very good data ”. Àlex Navarro believes that “achieving the objectives will depend on knowing how to have an agronomic technique and ensuring the product is commercially available”. The ideal, he argues, is that the jump to the green involves a conviction rather than a forced burden: “That it is not an obligation, but a dear decision.”

Suspicion of the field

Having to use specific machinery, resorting to different cultivation techniques or sowing with new varieties of seed can be an abhorrence for rice farmers who, good or bad, have been earning their wages for years applying identical practices in their fields and who, in many cases, do not they have generational renewal. The Arrossaires del Delta cooperative, owner of the Nomen brand, had more than 1,100 members 15 years ago. Today there are 850 left. “Our hope is to make young people rethink the future, see that this makes sense and get hooked on the earth,” says Àlex Navarro.

Nomen points out that the profitability of the product is presented as an incentive to convince farmers. Organic rice, although it is more expensive and costly to work, multiplies by two and a half the price received by the producer. “We are talking about 300 euros per ton for conventional rice and 750 euros for organic”, reveals Raül Carles. However, the business is not as round as they paint it, says Albert Molins. The yield of organic rice is between 30% and 40% of what the conventional modality reports. “It goes from an average of 7,500 kilos per hectare to about 3,000 kilos.”

Nomen agrees to pay the difference for the drop in productivity in the first two sowings. “In the end we will all have to choose to go ecological, but the wolf’s ears are still far away and the normal thing is to wait for the tests to be done by the neighbor”, reasons Albert Molins. The doubts persist and they are not a dish of good taste.

Nomen, the second best-selling rice brand in Spain, behind Sos, closed the last year with a turnover of 29.8 million euros, driven by the stockpiling of food that generated the domestic confinement. The company’s sales through distribution grew by 250% between the months of March and April of last year. However, the scenario that the restoration has experienced has had a full impact on the demand for the Horeca channel, which represents 30% of the company’s sales. During the months of March and April, the drop in sales in this segment was 80%.