Nomads of the sea: the Moken, an Asian tribe threatened by tourism and the modern world 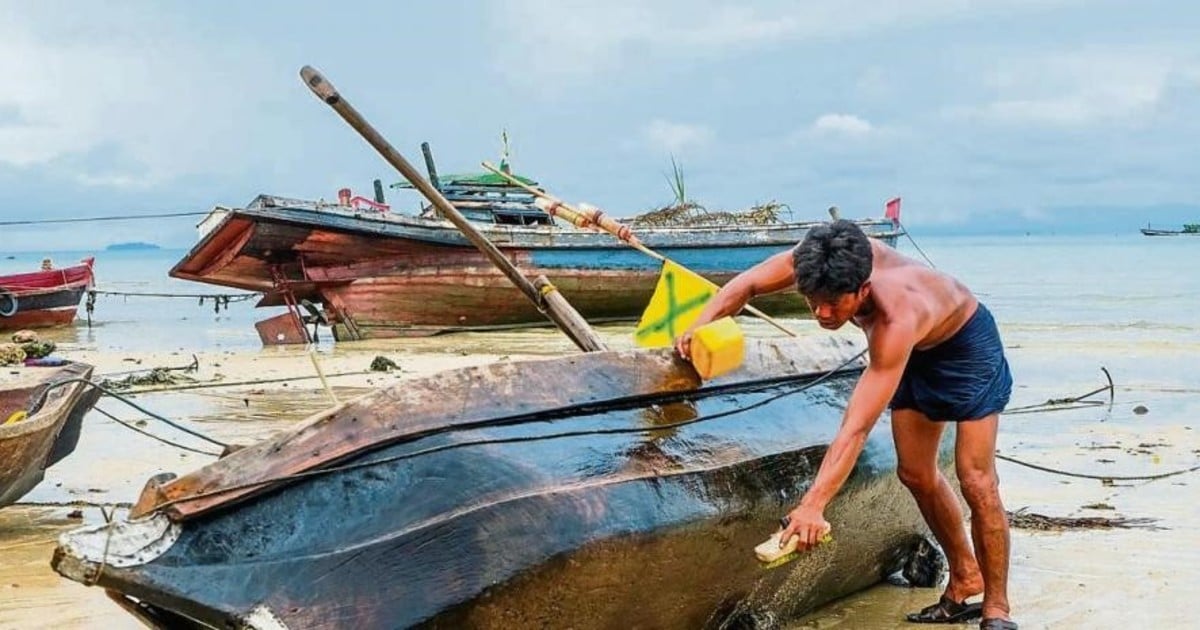 There are no future verb tenses in his vocabulary, nor in his future any certainty of survival. In the Andaman Sea, Come in Myanmar (ex Burma) Y Thailand, lives a tribe threatened by the modern world.

The Moken are children of the sea, grandchildren of an ancient culture with Austronesian roots, whose nomadic tradition is 3,500 years old.

State control, the privatization of land and tourist pressure are erasing their customs, in a process of assimilation that seems to have no brake.

But the global coronavirus pandemic has given them a break and many decided to return to their old way of life.

No permanent settlements, years ago They lived on the high seas, in small boats, jumping from island to island, guided by their spiritual beliefs.

They gathered what the ocean gave them: there they found food and protection, cooked, slept and gave birth. When the monsoon arrived, their natural home became uninhabitable and they sought refuge on a nearby island, where they built temporary houses until calm returned to the sea.

“The main aspect of their culture is freedom of movement and interaction with the environment,” says Lena Bumiller, founder of Moken Islands, a platform that fights for the preservation of this ancient people.

“This started to change 50 years ago,” he says, “when the Thai government privatized the land on the islands, the Moken were not welcomed by the new owners.”

What’s more, The felling of trees, the raw material of their traditional boats, was prohibited, and the few remaining places to gather food on land became natural parks.

In parallel, border controls between Thailand and Myanmar became more stringent. They had less and less place to go and “were constantly harassed by the patrols,” says Bumiller, so their nomadic life was restricted.

Many are stateless, making them vulnerable to human rights abuses. There is no birth registration for those born in the sea and that makes their citizenship difficult.

With no written language, their knowledge has been passed down for generations through song and legend.

A woman from the Moken tribe, in the Myeik archipelago. Photo: Shutterstock

Y it was a fable that saved them from a catastrophe, the tsunami that in 2004 affected 14 countries and killed more than 250,000 people.

The low tide anticipated the arrival of the laboon, the seventh wave, a divine punishment sent by the ocean when the people have done evil. As the wave rubble their boats, they ran in time to the hills to take refuge from the disaster.

It was then that the pressure on their nomadic way of life mounted. The Thai government hosted them on the island of Surin, in a natural park open to tourism.

The end of the fable

They were reduced to an exotic relic, another attraction in the crowded Thai tourism industry. They abandoned self-sufficiency to be hired – well below the minimum wage – in the park’s facilities, as cleaners, cooks and tour guides.

An assimilation began that almost completely ended their nomadic ways.

“The biggest change in his lifestyle was his dependence on the monetary system,” according to Bumiller. Then education.

The authorities appointed teachers, who taught a foreign language and culture, Thai. “When this happened, the Moken were unable to express their needs,” he explains.

“70 million people live in Thailand, but only 3,000 are Moken. What government in this world would prioritize the interests of such a small people?

“Fifteen years have passed since the tsunami and most are still stateless,” says Christoph Sperfeldt, a researcher at the McMullin Center, who studies the many stateless peoples that inhabit Southeast Asia.

The government has given special identity documents some of them, “but it’s not enough. They only allow them to move around the province in which they are registered ”, explains the expert.

The “nomads of the sea”: the Moken tribe, between Myanmar and Tailiandia. Photo: AFP

The pandemic and a return to the past

When the abandonment of nomadism seemed irremediable, a global pandemic closed state borders and, with them, international tourism.

Stripped of their source of income, some Moken have once again entered the vast ocean and into self-reliance.

The authorities, who had narrowed the Moken’s living space, relaxed their control.

But this pandemic respite is coming to an end: Thailand is preparing for the arrival of international visitors, a move that will once again confine the nomads of the sea to land.