‘Noche de fuego’: a girls’ film among the narco poppies 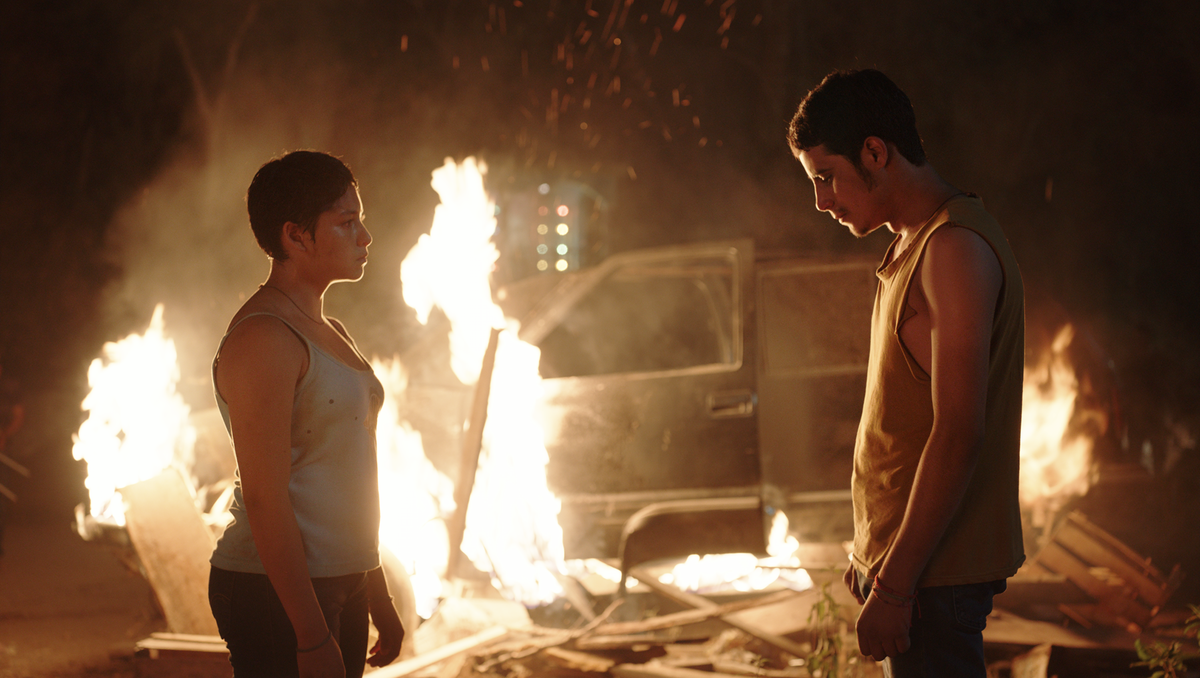 In the applause competition at the Cannes film festival, the most important of the year, the film by Mexican director Tatiana Huezo entitled Fire night received a special bath of glory: 10 minutes of standing ovation after his first performance on Thursday night. “I was very moved,” says the director to El PAÍS from France. “This work was done with a huge effort, with top-level artists who have accompanied me on this journey, and I feel that people received it with great affection.” The film just received this Friday the special mention in the category Un Certain Regard.

This year – like almost all of them – there were very few Latin American directors who managed to reach the awards at Cannes, and there was only one Latino on the jury, the Brazilian filmmaker Kleber Mendonça Filho. Apart from Fire night, the region had few films that represented it, such as Marinheiro das Montanhas the Brazilian Karim Aïnouz; the scenes in Colombia filmed by Thai director Apichatpong Weerasethakul in Memory; or those of the Romanian director Teodora Ana Mihai who filmed The Civil in Mexico, another of those that received the honorable mention.

Huezo’s film, however, brings a raw and new perspective on gender violence and drug trafficking from the eyes of a girl named Ana. Based on the novel Ladydi by Jennifer Clement (2014), the film follows Ana and her best friends, Paula and María, in a small town surrounded by red poppy crops and controlled more by drug traffickers than by the authorities. In the first scene, in which Ana is about five years old, she and her mother Rita dig a hole in the ground, the size of a crib, to hide the little girl in the yard of the house in case men come to visit. kidnap her.

“Do you know why I’m hiding you?” The mother asks the girl in another scene. “Do you know what they do to girls?” Ana doesn’t answer, neither does her mother. There’s no need. Ana knows that some girls from the town have been disappearing for a while, one by one, and that there are armed men roaming the town, that it is better not to look into their eyes. At first there is talk of a girl named Juana, who Ana longs for looking at her abandoned bicycle in front of her house, where the food was served when she was taken away with her parents. Huezo does not show what exactly the narcos do to the girls. Focus the camera and the sound better on the trail left by the drug traffickers, either in the ruins of the neighbors or in the bullets that break into the silence of the mountains at night. That sound trail is already enough terror to know that you have to hide. “What do you think happens to us when one of us suddenly leaves?” Ana asks her friends when the three of them play in a forest. They do not respond either.

Their mothers, some single women with husbands who went to the United States to get money, work in the poppy fields or as domestic workers, and they do what they can to protect the little ones from armed men: they cut their hair to look like boys, they prevent them from going out, or suffer when the girls grow older and begin to menstruate. “In Mexico the best thing that can happen to you is being an ugly girl,” says the protagonist of the novel on which the film is based.

Fire night It is a film not about the narco but about the control of the female body in the territory of the narco. It is about holes in the garden or hairdressers that can masculinize the image of little girls as symbols of resistance. Ana’s body – which at one point the girl describes as made with corn and stones, like the mountains that surround her – must hide, de-feminine, and hopefully not menstruate. Only then can the girls go out to play. And girls only want that in the movie: to play. In the film, which is also loaded with many tender moments, Ana and her mother play at identifying the sounds of the night, and the three friends play at reading minds or swimming in the river, interlocking their hands.

“It is a very feminine film, but I did not set out to make a feminist or militant film. My main objective was to be able to generate complex characters, real women, to escape the clichés at all costs of the female figure as has been drawn many times in Mexican cinema, ”says the director to El PAÍS. “I think that they are rebellious, rebellious girls, who acquire critical thinking in the village school with the rural teachers. They are girls who question the world and who are like seeds, they will be women who can influence their reality ”.

Fire night is the first fiction shoot of Huezo, a director who first became known for her documentaries, especially Storm (2016), who then represented Mexico at the Oscars and the Goya Awards. With Fire night, Huezo jumped for the first time from documentary to fiction and reached Cannes.

“I think there are echoes of my previous works in this film: nature, landscape, which is fundamental to me. There is a whole environment, a cinematographic space that surrounds the story and for me it is always a fundamental aspect to be able to work with the space, ”he says. In addition to the fear and tenderness of its characters, the rural color of the Mexican mountains also takes center stage in the feature film. The sunrises dressed in pastel purple, the intense red of poppy flowers, or the abundant green of the mountains. Although the novel is based on the state of Guerrero, Huezo filmed in a small town called Neblinas, in the Sierra Gorda de Querétaro.

“I traveled many mountains in Mexico until I reached the Sierra Gorda, and I fell in love with this place. Nature is something that accompanies girls, that surrounds their magical world, the sound of nature, the atmospheres of the magic hour of sunrises, sunsets, that light that there is at the end of the day ”, says the director. “And there is the wind, there are the storms, which in some way are also always very powerful elements to accompany the emotion of the characters.”

The mountain is undoubtedly a central symbol for the director. When the film begins, far from Ana’s house, a glimpse of a hill is being exploited for mining, broken at its top by a huge gray hole. In addition to the bullets, you can hear the explosions of the miners who try to get more out of the natural resources that this land offers, in addition to the poppy. In the film, as we watch the three friends grow, we also see the hole grow more and more gray, taking on all the green.

“In our mountain, pure children were born, and some became girls when they were around eleven years old,” says the leading girl of Ladydi, the novel on which the film is based. A mountain of poppies and mining disguised as something that it is not, because it seeks to survive. On that mountain, the director shows in a couple of scenes, the group of mothers is looking for a cell phone signal to call the husbands who left them behind or anyone who can help. But the call does not come in, or there is no signal, until someone finally resigns himself to saying the inevitable: “We have to get out of here.” 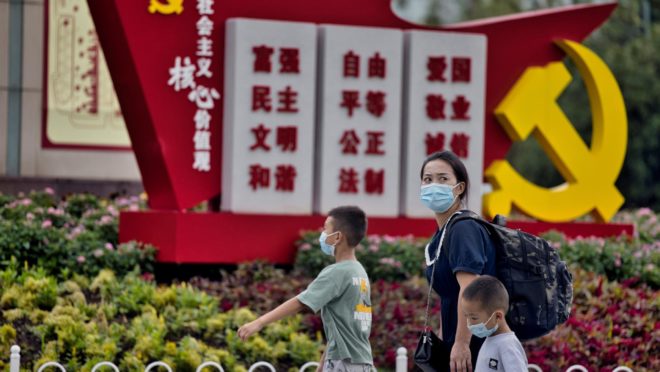