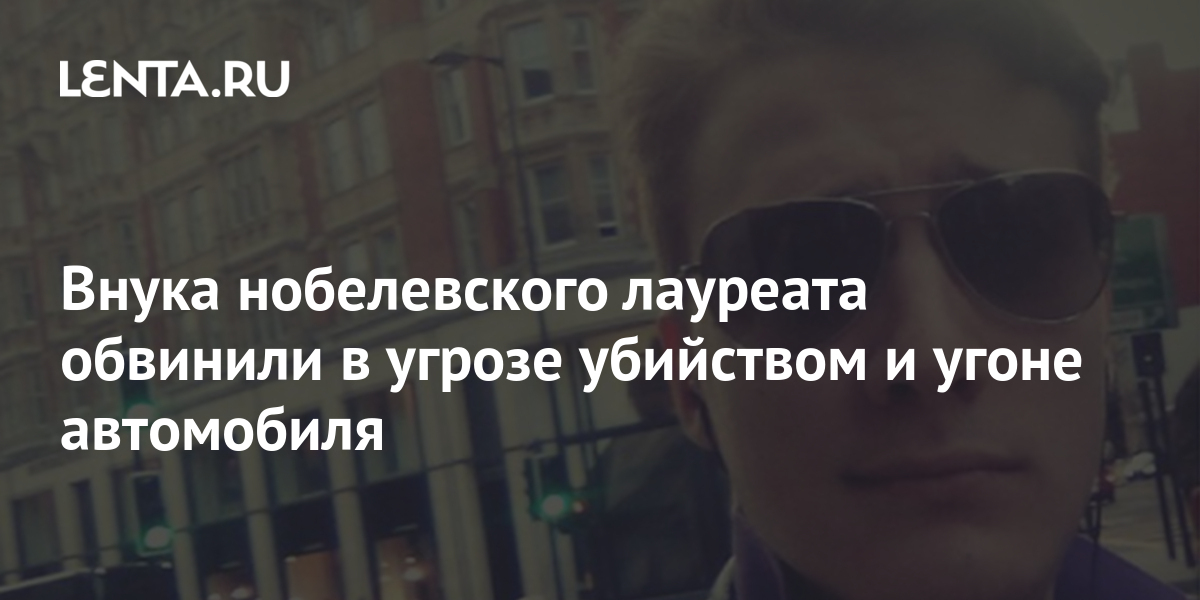 The grandson of the famous Russian physicist and Nobel laureate Zhores Alferov, Matvey, was accused of threats of murder and theft of a taxi car. Writes about this “Komsomolskaya Pravda”.

A statement to the police was written by a taxi driver who drove 24-year-old Alferov to Nemchinovka near Moscow. According to him, the passenger was very drunk, was in conflict, and when he was near the house, he took out a knife and began to threaten. After the taxi driver got out of the car, Alferov climbed into the driver’s seat and drove away. However, this trip ended in an accident.

The police arrived and seized the knife. The source of the publication indicated that a criminal case was opened under the articles “Threat of murder or causing serious harm to health” and “Hijacking”.

Now Matvey Alferov is under recognizance not to leave.

Zhores Alferov died of acute cardiopulmonary failure on March 1, 2019 at the age of 88. The scientist was ill for a long time, in November 2018 he was admitted to the hospital with suspected stroke.

Alferov is a Soviet and Russian physicist, the only Nobel Prize laureate in physics living in Russia. From 1991 to 2017, he served as Vice President of the Russian Academy of Sciences. In 2000, Alferov received the Nobel Prize in Physics for his development in semiconductor technology.