No reason was found in Russia to build waste incineration plants 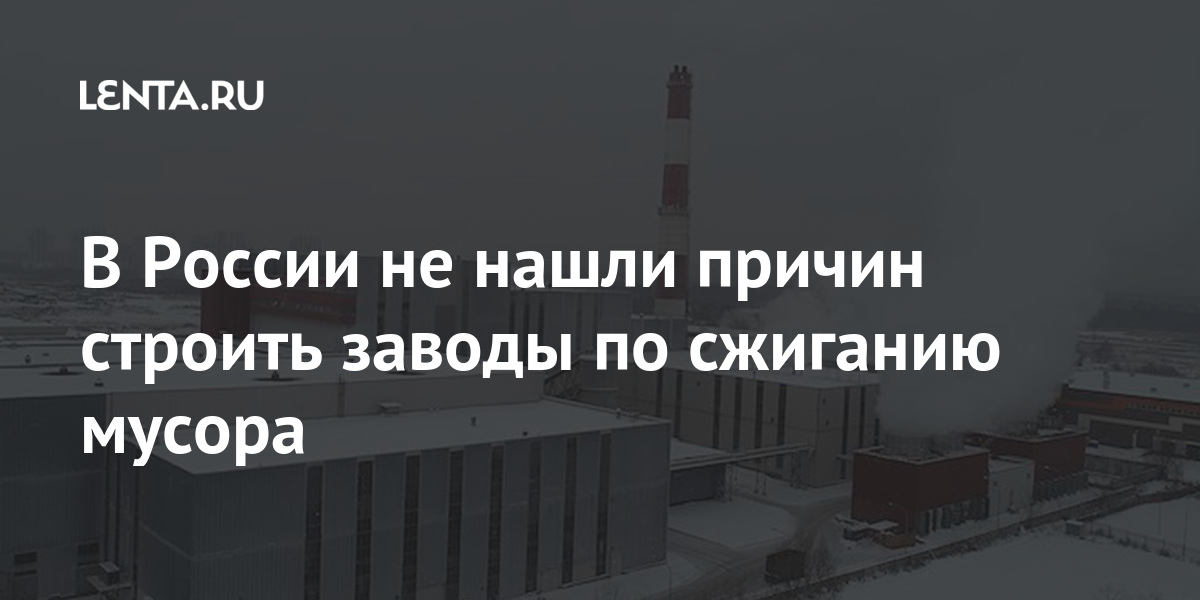 The Ministry of Finance of Russia has proposed to suspend the project to build 25 waste incineration plants until the first five start working, which are planned to be launched by the end of 2023. This was reported by RBC with reference to a letter from Deputy Finance Minister Irina Okladnikova to Deputy Prime Minister Victoria Abramchenko.

The department did not find a reason to spend 1.3 trillion rubles on a project that “lacks justification.” According to Okladnikova, his financial model is unprofitable in advance, with an internal rate of return of 3.9 percent.

The authors of the project propose to use contracts for the provision of capacity (CDA, a special type of incentives that involve compensation for investments) and environmental fees. The first option leads to the fact that the budget will receive less taxes, and the ecological collection, according to the extended producer responsibility reform (EPR) approved by Abramchenko, is supposed to be used for other purposes – an increase in the volume of waste processing.

In addition, RT-Invest, which is engaged in the construction of factories, wants one hundred percent compensation for taxes paid before the end of the project – this is 32 years. None of the state support mechanisms provide for such benefits.

Two months ago, Abramchenko also opposed the project, which, according to her, involves the creation of dozens of “platinum” factories by increasing tariffs for the population and significant support from the federal budget.

RT-Invest, a subsidiary of Rostec, insists that the construction of 30 incinerators will help achieve the state’s environmental goals. With their help, it will be possible to close more than 200 old landfills for solid domestic waste, prevent the creation of 86 new ones and save 46 thousand hectares of land. At the same time, the general director of RT-Invest, Andrey Shipelov, confirmed at the end of March that the project would not work without significant state support.

Earlier, the Prosecutor General’s Office found many shortcomings in the activities of the Russian Environmental Operator (REO). Including the lack of a strategy and targets, as well as excess profits for the company’s employees.

Humanitarian initiatives from the "information city" in COVID-19

Psychopathic Blenders: Addicted to Deceiving Others