Nintendo 64: the old prototype of a Terraglyph video game found and published 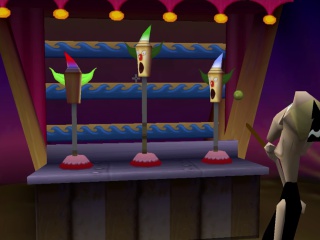 Forest of Illusion, Nintendo’s history preservation site, announced the publication of the prototype of a game by Terraglyph Interactive Studios for Nintendo 64 never arrived on the market because canceled in development.

It is about Carnivalé: Cenzo’s Adventure and is based on the animated film of the same name. It was first shown to the public at E3 1999, in an incomplete state, but nothing has been heard of since.

Forest of Illusion received the cartridge with the Baker64 prototype and obviously it’s more a curiosity than something to try at all costs. However, if you want you can download the prototype from This Page and run it with an emulator. Or you can watch the video below to get an idea:

Carnivalé: Cenzo’s Adventure is certainly not the first game to have been canceled in an advanced stage of development. Indeed, in the world of video games it is a more common practice than you think.