Night of fury in Santa Fe: a woman destroyed the truck of a well-known lawyer with a fire extinguisher 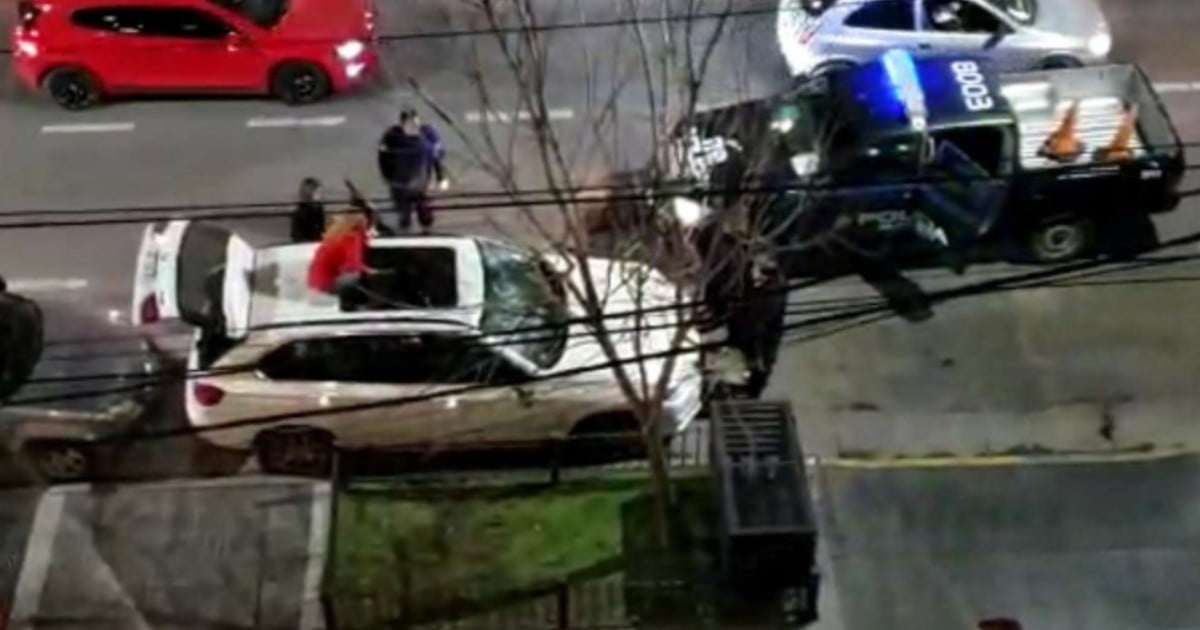 They were minutes of fury and extreme violence. This Saturday night, a woman smashed with a fire extinguisher a high-end vehicle in Santa Fe. It happened in the middle of the street and the sequence was recorded by the neighbors. While the attack was taking place, the owner of the car – a renowned lawyer – was found unconscious inside his apartment, apparently due to an excessive intake of medications.

The 37-year-old woman -identified as Yésica Martínez- she was detained by the police. According to sources in the case, the aggressor maintained an “informal relationship” with the owner of the attacked vehicle and had had previous conflicts, although none had this level of violence.

The event happened around 9pm on the Boulevard Gálvez to 1400, in the Candioti neighborhood, a very busy area in the center of the provincial capital.

Martinez smashed a BMW with a fire extinguisher White -model X5- that was parked in front of a building: it dented the hood, broke the optics, forced the doors, and pulverized the rear-view mirrors. And he even had time to climb on the roof to break the sliding glass.

A woman smashed a high-end truck with a fire extinguisher. It happened in Santa Fe. Photo: Video capture.

Upset by the noises, the neighbors called the police. Meanwhile, they filmed the scene with their cell phones, worthy of the movie “Wild Tales”.

The damaged vehicle belongs to a recognized Santa Fe criminal lawyer Raul Berizzo, who was in one of the building’s apartments when his truck was attacked.

According to police sources informed Clarion, a son of Berizzo came desperately to the place and went up to his father’s apartment, who did not answer calls to his cell phone or to the entrance door. It was finally opened by a locksmith.

There, he found it laying on a bed, faded. Doctors who arrived in an ambulance from Cobem reviewed him and found that it was likely that his state of unconsciousness could be due to an intake of medications. He was later transferred to Cullen Hospital.

The moment when the woman is arrested after breaking the truck in Santa Fe. Photo: Video capture

Meanwhile, the woman continued beating the truck. After discovering his father’s state of health, the lawyer’s son was the one who approached the scene. “I am not hitting you because you are a woman, if you were a man I would have screwed you up,” he shouted, as heard in the recorded video.

After the long sequence of screams and blows, a patrol car appeared on the scene, which first followed by and then returned to the scene. Finally, personnel from the Third Section of the Candioti Sur neighborhood arrived where the accident was taking place.

At first, two female officers tried to calm the aggressor, but the woman continued yelling and hitting the vehicle. For this reason, they had to remove her from the car by force and proceed to arrest her.

Once she was transferred to the police station, the woman continued with his state of fury: He struggled with police personnel and the attack went to a desk where a computer was located.

At the same time, kicked a noncommissioned officer who tried to calm her down. The prosecutor on duty at the Public Prosecutor’s Office, Lucila Nuzzo, ordered the woman to be carried out toxicological tests and ordered that a case be initiated for “qualified damage”, “attack” and “resistance to authority.”

The history of the Games: from Olympia to Rio